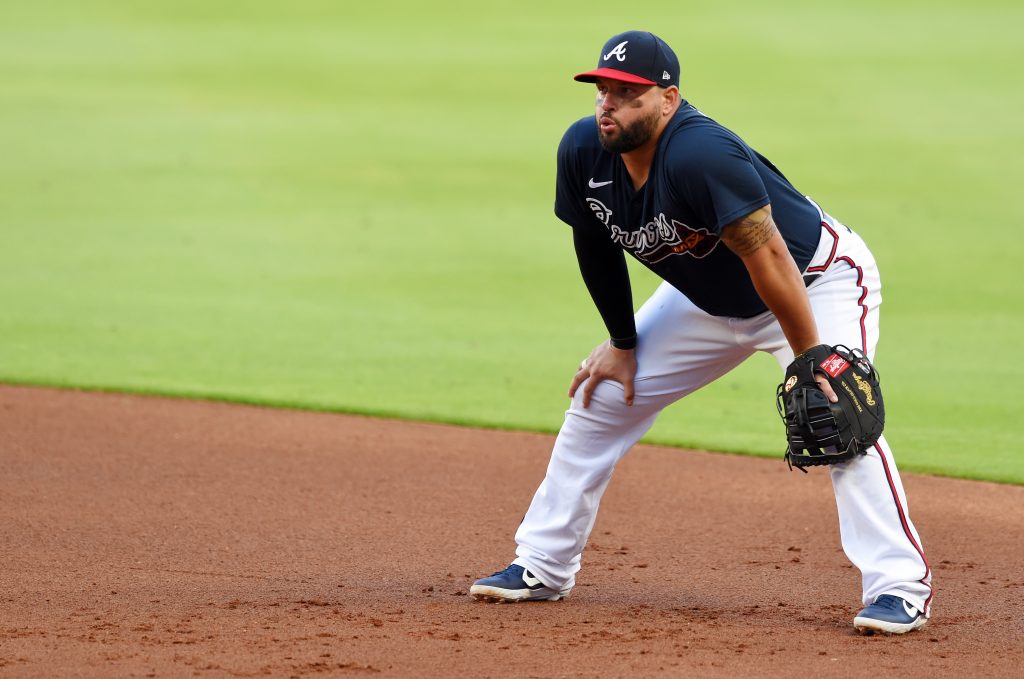 The Padres have acquired first baseman Yonder Alonso from the Braves for cash, Dennis Lin of The Athletic tweets. He’ll join the Padres’ taxi squad. Alonso had been with the Braves on a minor league contract since the winter, and he hasn’t accrued an at-bat this year.

Now 33 years old, Alonso’s a veteran of a handful of major league organizations since he joined the Reds as the seventh overall pick in 2008. Alonso’s no stranger to the Padres, who acquired him in a 2011 blockbuster with the Reds, but he made a minimal impact in San Diego before it dealt him to Oakland in 2015.

Alonso had his best season between Oakland and Seattle in 2017, but he has generally offered middling production relative to his offensively charged position. He has taken 3,773 plate appearances in the majors, including a combined 335 between the White Sox and Rockies last year, and batted .259/.332/.404 (102 wRC+) with 100 home runs.

Now that he’s back with the Padres, Alonso will give the club a bit of insurance at first behind Eric Hosmer, Jake Cronenworth and Ty France. He’s also now part of the same organization as brother-in-law Manny Machado, the Padres’ third baseman.