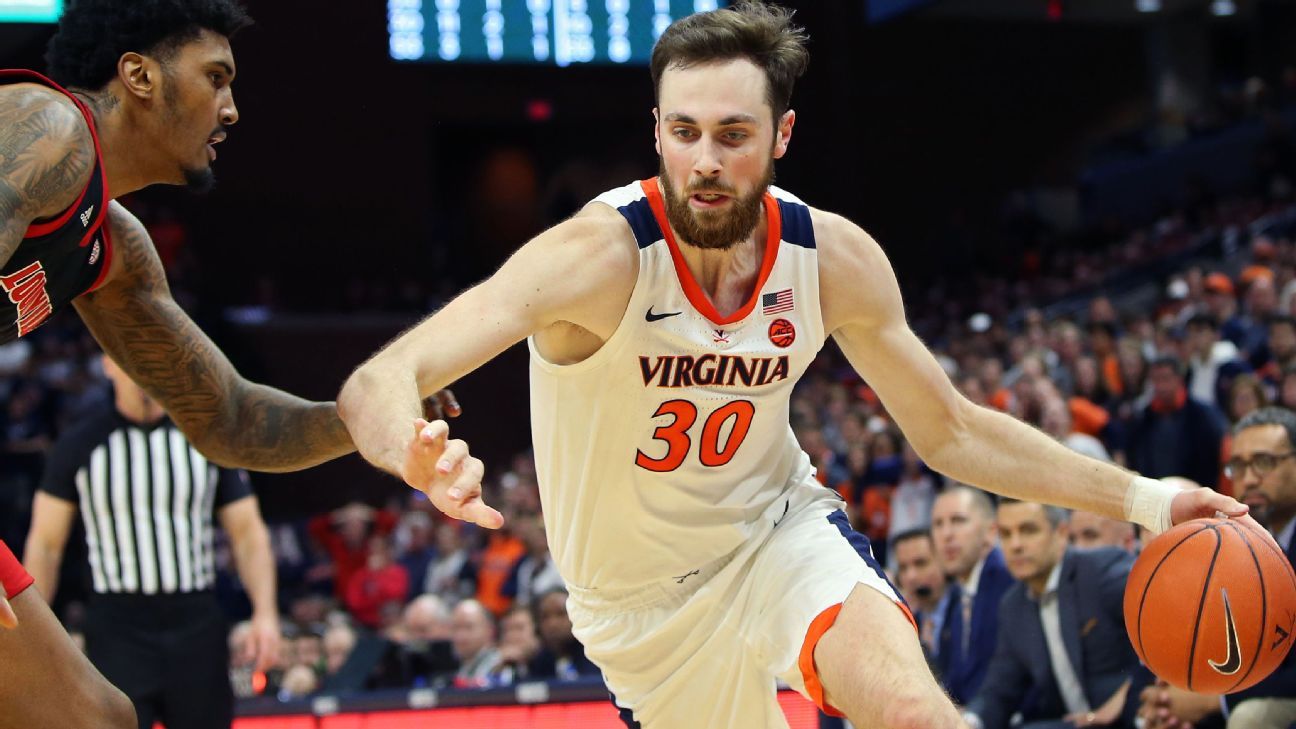 Virginia forward Jay Huff has withdrawn from the NBA draft and will return to the Cavaliers for his final season, the school announced Saturday.

The NCAA deadline for players to withdraw from the NBA draft and maintain college eligibility is Monday.

A skilled frontcourt player from North Carolina, Huff enjoyed a breakout junior season that saw him start 18 games and play 25 minutes per game after not starting as a freshman or sophomore. He averaged 8.5 points, 6.2 rebounds and 2.0 blocked shots last season, shooting 57.1% from the field.

Not ranked in the ESPN 100 NBA draft rankings, Huff will be expected to shoulder more of the scoring load up front. He showed flashes of his offensive ability, finishing his redshirt junior season on a tear. In Huff’s final three games against Duke, Miami and Louisville, he averaged 14.3 points, 7.7 rebounds and 4.0 blocks — including a 15-point, nine-rebound, 10-block performance in a win over the Blue Devils.

With Huff officially returning as expected, Virginia likely solidifies itself as a preseason top-5 team. Tony Bennett returns five players who started at least 10 games last season, including All-ACC guard Kihei Clark. The Cavaliers were one of the hottest teams in the country over the final six weeks, winning 11 of their last 12 games to finish just one game back of league champion Florida State in the standings.

Bennett brings in a highly touted recruiting class that includes ESPN 100 guards Jabri Abdur-Rahim and Reece Beekman. Former Marquette transfer Sam Hauser also is eligible next season after sitting out the 2019-20 campaign; Hauser will be a preseason ACC Player of the Year candidate after averaging 14.9 points and 7.2 rebounds two seasons ago for the Golden Eagles.