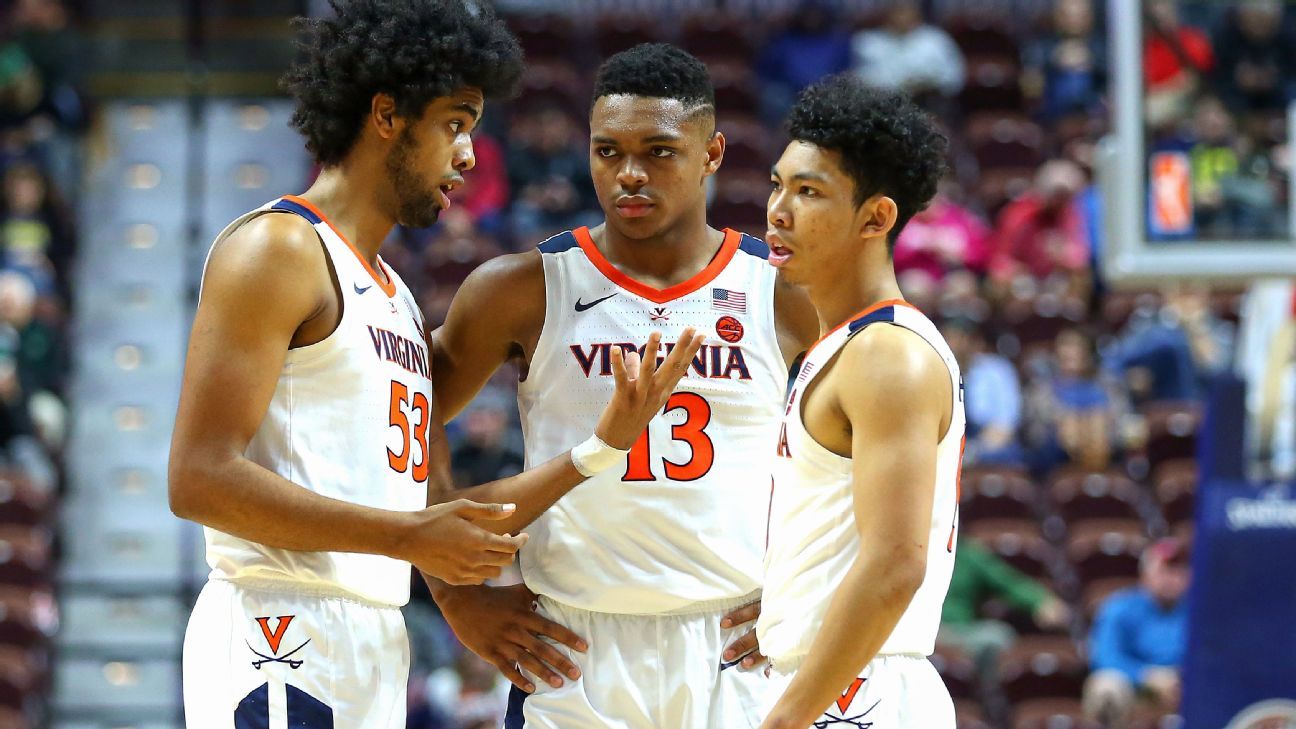 Oftentimes during an actual season, Bracketology is governed by the answer to an odd question: Who’s No. 4? This isn’t because the college basketball public is hugely enamored by the identity of the nation’s fourth-best team.

Instead, we pay attention to No. 4 because it generally signifies the last of the No. 1 seeds in any NCAA tournament projection. So it is this summer, as there is great consensus around the top three teams for 2020-21 — Gonzaga, Villanova and Baylor (in whichever order you prefer) — and almost no consensus around the name of a “Four” to complete their Fab.

Going strictly by expected efficiency and a regression analysis of 2019-20 metrics, Duke and Kansas are next on the list. But those forecasts assume an awful lot of high-level minutes from an awful lot of guys we’ve never seen in a college game, and I’m not quite ready to go there with either the Blue Devils or Jayhawks.

You also could make a case for at least three teams from the Big Ten: Michigan State (because they’re Michigan State), Wisconsin (great finish, lots of experience) and Iowa (provided Luka Garza remains a Hawkeye). But it’s equally possible no Big Ten team is able to separate enough from the pack to build a true No. 1 seed résumé.

All of which, in my mind, brings us back to the program with the most No. 1 seeds (four) and best average NCAA seed (1.833) since major conference realignment. The Virginia Cavaliers are that program, yet they somehow remain under the radar despite their unusual status as two-year — but not two-time — defending national champions.

In a so-called “off” year, the 2019-20 Cavaliers — after losing Ty Jerome, Kyle Guy and De’Andre Hunter from their championship core — won eight straight and 11 of 12 to finish the season. They again led the nation in defensive efficiency and were about as much fun to play against as a colonoscopy.

But the Cavs couldn’t score, perhaps because their best offensive player was on the bench in street clothes. Sam Hauser, the 6-foot-8 graduate transfer from Marquette, is a perfect Virginia player. A 50/40/90 performer — .538 FG, .402 3PT, .924 FT — he is the picture of efficiency and exactly what the Cavaliers lacked last winter.

Add ESPN 100 signees Jabri Abdur-Rahim and Reece Beekman to an emerging perimeter of Kihei Clark, Casey Morsell and Tomas Woldetensae, and the Cavs should score more than enough to be Virginia again. In that case, it’s not hard to imagine the Cavaliers as the answer to the “Who’s No. 4?” question.

Unless they’re even better.