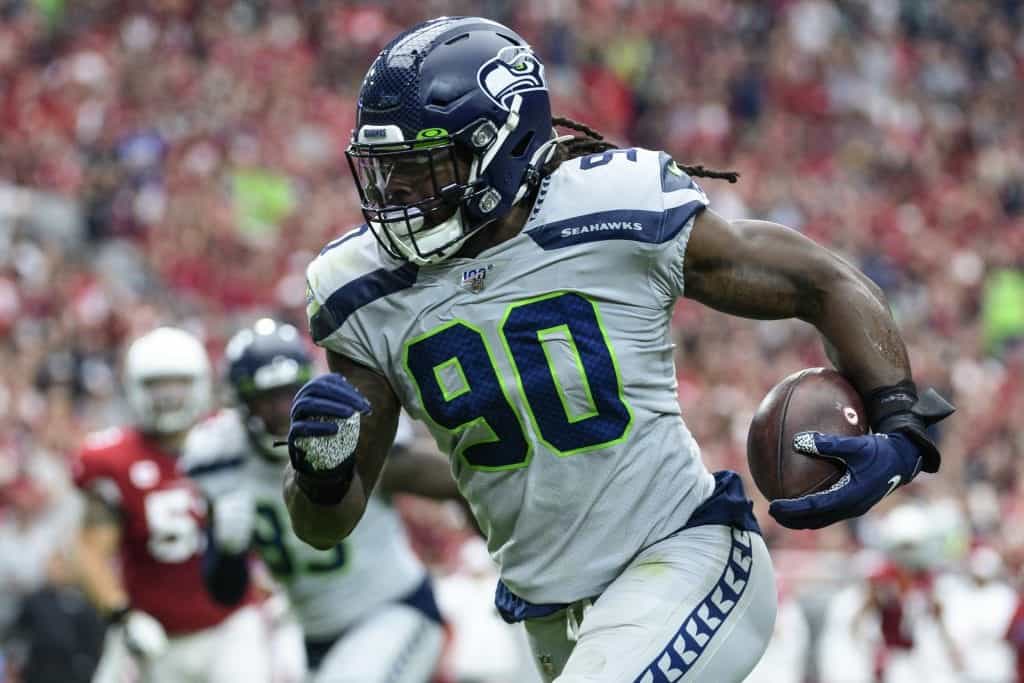 Having watched Toy Story 3 again recently (and after dabbing my eyes and blowing my nose), I was reminded of how undervalued Individual Defensive Players (IDP) become in dynasty leagues when they are free agents.

This entire Pixar movie series centers around a motley crew of anthropomorphized toys who go from beloved playthings to castoffs from yesteryear. Woody, Buzz, Bo Peep, and the rest of the gang grew up with us as we learned important lessons: from having to share attention with others, to knowing that just because you have flaws doesn’t make you incomplete, to knowing that sometimes the place we’ve been is no longer the place we belong – and that experiencing all of that is okay.

The Toy Story sequels model quite well that even though IDP’s who have hit and remained in free agency to this point are maybe not the highest-valued players around, but they can still be quite useful and desirable in the right setting. While I can’t scrub the permanent marker off the bottom of their cleats, I can help you IDP fantasy managers find some targets among defensive free agents who have become underappreciated and undervalued in 2020.

This is the first of two articles on undervalued IDP free agents for your dynasty leagues. The second will focus on linebackers, cornerbacks, and safeties.

We’ve established to this point the reasons why former Seattle Seahawks edge rusher/defensive lineman Jadeveon Clowney remains in free agency – and some of the risks inherent to acquiring him in fantasy football. The fact remains, however, that Clowney is a top-10 edge defender in the NFL and IDP fantasy football when healthy.

Let’s not confuse that with being a top-tier pass-rusher, as Clowney has been about average in generating pressure when rushing the passer for his whole career. Rather, Clowney’s value comes in his across-the-board disruption of the offensive line: by Pro Football Focus (PFF) and their metrics, he was 12th last year in Run Stop Percentage (a stop, meaning causing a net value loss for the offense) among 113 qualifying edge defenders despite injuries eating up large portions of his year.

Clowney was about a late second- or early third-round value in 12-team IDP dynasty leagues as recently as last year, and now he’s being traded for fifth- through seventh-round picks. If you can trade a late-rounder for him, he’s worth a roll of the dice.

Griffen’s case is particularly interesting because he stepped away from the Vikings for five games in the 2018 season due to mental health concerns, even spending the final three months of the season living in a sober house while going to counseling. NFL teams might not yet be well-equipped to handle mental health, but teams will want to interview Griffen and work him out to find out how well of a fit he will be and get a read on him as a person these days. For what it’s worth, Griffen has become very open about his battle for his mental health, and by all rights, had no concerns last year.

Griffen is being traded for future fourth-round rookie draft picks (equivalent to a current-year fifth in value) or lower right now but was a third-round value as recently as the summer of 2019; float a late-round offer for him in your league.

The New York Giants had an abhorrent defensive showing in 2019, but one of the few bright spots was edge defender Markus Golden, who tallied 10.0 sacks, 13 tackles for a loss, and a career-high with both 72 combined tackles and 27 quarterback hits. Golden is physically a tweener – with a frame that’s not quite a 3-4 outside linebacker or 4-3 defensive end – but he has made big steps in production when healthy and given opportunity at the rush linebacker spot in the 3-4 defense. Golden ranked 21st in pressure rate out of 113 qualified edge defenders in 2019, and would be a huge boon, should a team like the 3-4 front and edge-needy Baltimore Ravens come calling.

Golden is currently going for no higher than a fifth-round rookie pick in dynasty leagues and remains perennially undervalued. Offer a sixth- or seventh-round choice to your leaguemates and let them think they pulled one over on you.

Previously on the Green Bay Packers and Detroit Lions, Mike Daniels has experience all over the interior defensive line; he primarily played the 3-technique for both teams (aligns on the outside shoulder of the offensive guard, in the B-gap between the guard and tackle) but also was used as an edge rusher, a nose tackle, a 5-technique end, and so on.

Daniels was often charged with run disruption duties, so he wasn’t a highly sought-after IDP option all the time, but has the potential to devastate when rushing the passer as well; in 2019, he ranked 20th among 122 qualifying interior defensive linemen in rate of pressure generated and 23rd in Run Stop Percentage among 130 qualifying peers. Even at age-31, Daniels is a disruptive force if classified as a defensive tackle for fantasy purposes.

In all likelihood, Daniels is a free agent in your league. He’s worth a FAAB dollar or two if you have DT-specific slots in your starting lineup.