The New York Giants entered the offseason with the No. 4 overall pick in the 2020 NFL draft and just under $80 million in salary-cap space. Their roster was going to look different by the time they were done.

They bulked up the defense in free agency and attacked their Achilles’ heel — the offensive line — in the draft. The question it begs: Are the Giants better and, if so, how much better?

Coach Joe Judge will have a very different team than his predecessor, Pat Shurmur, did last season, when the Giants went 4-12. It’s improved — especially the defense, which was woefully undermanned last season. The Giants added a starting middle linebacker (Blake Martinez) and a No. 1 cornerback (James Bradberry), and they drafted a starting free safety (second-round pick Xavier McKinney). They will also have defensive lineman Leonard Williams (franchise tagged this offseason) for a full campaign after a midseason trade last year. 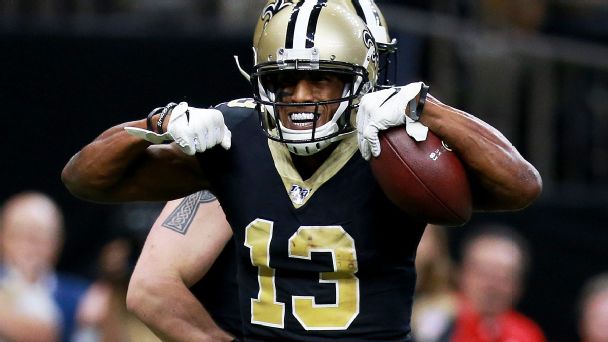 “They’ve done a decent job outside of an elite [pass-] rusher. They’ve actually shored this unit up pretty good,” a pro personnel executive said of the defense. “Throughout all levels they have versatility and depth.”

These are the fingerprints of Judge. He has said repeatedly the plan is to run a multiple defense that will vary by opponent. Versatile players are key.

Still, it’s the offense that must be this team’s strength. The Giants have 55.8% of their salary cap earmarked for offensive players, the eighth-highest percentage in the NFL. They have used top-six picks in each of the past three drafts and first-round picks in four straight drafts on offensive players, making the investment even more striking.

So where are the strengths and weaknesses? Here’s a look through the eyes of the personnel executive and a scout.

The pro personnel executive believes Jones “has a chance to be a legitimate starter.” He has to take care of the football better, some of which will come naturally by processing quicker in Year 2. Behind him, McCoy is a “good mentor,” and Rush provides functional starter upside. Solid crew overall.

This unit is all about Barkley. “If he stays healthy, he’s the best running back in the game. Most dynamic,” the personnel executive said. “He can score any time he touches the ball. He’s proven that.” Lewis provides a change of pace in a niche role the Giants didn’t have last season. He “might have something left” despite being 29 years old. The undrafted rookie Leake has a chance to beat him out. The executive views Gallman as a depth-level backup, not a starting-caliber player.

The Giants might not have a clear-cut No. 1, but there are three legitimate options with Tate, Shepard and Slayton. “You would think if they stay healthy, that’s a pretty good top three,” the executive said. The Giants didn’t play a single snap last season with all of their top playmakers (Tate, Shepard, Barkley and Evan Engram), so depth is key. Core is viewed as a capable reserve with special-teams value, and Coleman has talent if he can rebound from injury. The executive is high on Mack and believes he has a chance to stick as an undrafted free agent. “A lot of teams will be hard-pressed to match that top three. You would think last year wouldn’t repeat itself [with injuries and suspension]. It’s definitely a better receiving group than a lot of teams have,” he said.

A lot was invested in this area. “They’re obviously better there,” the executive said. “Better depth.” The Giants selected three offensive linemen in the first five rounds for the first time in the modern draft era. Thomas will have a chance to win the left tackle job. “Best left tackle [in the draft],” the scout said. That could push Solder to the right side, but it might not solve his problems. “I don’t really buy into that,” the executive said. “I don’t think you can just think he’s going to be better at right tackle.” He viewed Fleming as a functional starter at tackle, if necessary. The Giants are fine at guard, but center is up in the air with Gates, Pulley and Lemieux in the mix. Maybe Halapio returns, although the executive didn’t view him as a quality option. The executive and scout don’t like Lemieux as a center. “Not sure if he’s quick enough,” the scout said.

A strength of the team. Tomlinson is viewed as a solid starter and Lawrence has a chance to be a Pro Bowler if he improves his pass rush. The executive believes the Giants backed themselves into a corner and are overpaying Williams ($16M on the franchise tag), but still views him as a “solid player.” Johnson has proved he can contribute.

It’s possible Golden returns. The executive doesn’t see anyone paying him more than the Giants, who need him. The belief is they will lean on scheme to generate pass rush. The executive views Fackrell, Ximines, Carter and Coughlin as “solid, capable players in depth-level roles” and Golden as a No. 2 pass-rusher. “They just don’t have a [No. 1] guy for those guys to play off of.”

Martinez was the big offseason acquisition for three years and $30 million. “Capable. Solid. Functional,” the executive said. “Probably overpaid for him a little bit.” He thinks Cory Littleton would’ve been a better fit for the money (three years, $36 million). There are high hopes for Connelly, even though he’s returning from a torn ACL. His instincts impressed last year. Mayo is viewed as a capable short-term starter and special teamer. The Giants also added Brunson and Crowder late in the draft. “They’ve got some young depth,” the executive added.

Bradberry is the Giants’ clear-cut No. 1 cornerback. The executive pointed to the former Carolina Panther holding his own six times a season in the NFC South against elite receivers Michael Thomas (New Orleans), Mike Evans (Tampa Bay) and Julio Jones (Atlanta). It’s wait-and-see with Baker at this point with his legal troubles, but he has talent. Beal, a third-round pick in 2018 who has played in just six games, remains an enigma. Ballentine might be the young cornerback with the “highest upside,” according to the scout. Someone has to step up to complement Bradberry.

The executive views Peppers as a player who needs to be close to the line of scrimmage to be a playmaker. “Really active, physical football player,” he said. “Good things happen to guys like that.” But … “[instincts] have been the deal. That has always been the deal.” The executive likes the McKinney pick and believes he can move around the field. Love flashed as a rookie and is viewed as a player who can contribute in a variety of roles.

No change at kicker or punter, only at long-snapper, where the Giants added a capable and proven player in Kreiter. They’re also hoping for a bounce-back season from Rosas. As a former special-teams coach, Judge will be watching closely.