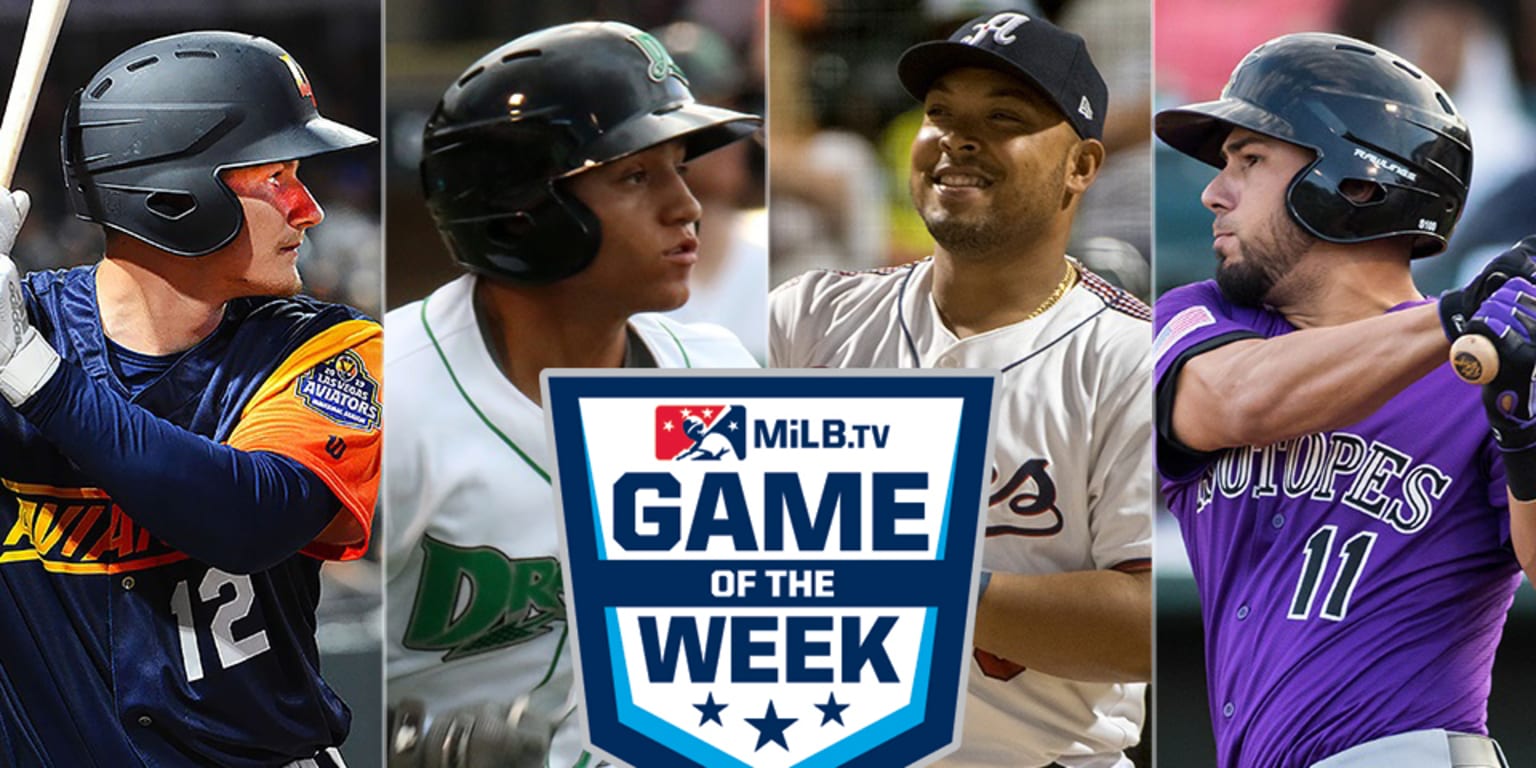 The batter enters the box. The dirt under his cleats feels right and his uniform feels loose. As the pitcher unleashes his pitch, the ball looks like a watermelon, each seam visible and the spin obvious so the hitter knows when and where to swing.That must have been what it

The batter enters the box. The dirt under his cleats feels right and his uniform feels loose. As the pitcher unleashes his pitch, the ball looks like a watermelon, each seam visible and the spin obvious so the hitter knows when and where to swing.
That must have been what it was like for the four players who produced major fireworks at the plate during the 2019 season.

Here are four of the top hitting performances that you can watch during the MiLB.TV free preview. Head over to Twitter to vote on which one will be streamed on YouTube and Facebook this Thursday!
Tomas collects four Aces
Multi-homer games are pretty common. Three-homer games are a rarity. Four-homer games? Those you don’t see but once in a blue moon. Reno’s Yasmany Tomás produced the first in the Pacific Coast League in more than a decade on May 20 against Tacoma. It started with a three-run dinger on the very first pitch the D-backs outfielder saw in the first inning. In the third, Tomas did it again, sending another first pitch out to right field. Fifth inning, same thing, as he hammered the first offering over wall in center. “He was looking to be aggressive early on a pitch he could do damage to,” Aces hitting coach Jason Camilli said. After teammate Kevin Cron went yard in the eighth, Tomas did it again, becoming the first player in Reno history to go yard four times in one game. He finished 5-of-6 with eight RBIs and 17 total bases. Oh, by the way, Matt Szczur hit for the cycle. Full Story | Highlight: Tomas knocks four homers | Watch game
‘Topes’ Cuevas completes cycle
Noel Cuevas knew what he could accomplish before he came to bat for Triple-A Albuquerque on April 10 in Reno.  “I was out in center field and was thinking to myself, ‘Holy crap, I just need a triple for the cycle.’ I told myself, ‘Don’t think about it, don’t think about it.'” Even if it was on his mind, it didn’t matter. The Rockies outfielder smashed a liner over the head of right fielder Abraham Almonte and hustled around the bases for the triple. It followed a single in the first, an RBI double in the second and, two innings later, a solo homer over the right field wall. Cuevas wasn’t done, however, as he smashed his second homer of the night in the eighth to finish 5-for-5 with a career-best five RBIs. Full story | Highlight: Cuevas smashes grand slam | Watch game
Murphy, Aviators set PCL record
The pitch arrived and, if a Las Vegas player was up, there was a pretty good chance it ended up clearing the fence. That was especially the case with Sean Murphy. The second-ranked A’s prospect began his big night on July 26 at El Paso with a solo shot to left field in the fourth inning. In the seventh, he added a three-run big fly. Murphy went deep to right-center with a man aboard in the eighth to complete the hat trick. In the ninth, Julio Mateo cranked his second long ball of the night as the Aviators set a Pacific Coast League record with 11 homers en route to a 20-11 pounding of the Chihuahuas. Full story | Highlight: Murphy hammers third homer | Watch game
Rey reigns for Dragons
A grand slam is a pretty good way to start a game. That’s how Dayton’s Brian Rey got things going on July 27 at Fort Wayne’s Parkview Field. The Reds outfield prospect was far from done, smacking a double to left for three more RBIs in the second inning. It was more of the same in the fourth as Rey sent a solo shot over the left field wall to complete his first career two-homer game. Not even half of the game was over and the 21-year-old already had set the Dayton single-game mark for RBIs that was shared by four players, including Reds All-Stars Adam Dunn and Joey Votto. Full story | Highlight: Rey smacks grand slam | Watch game