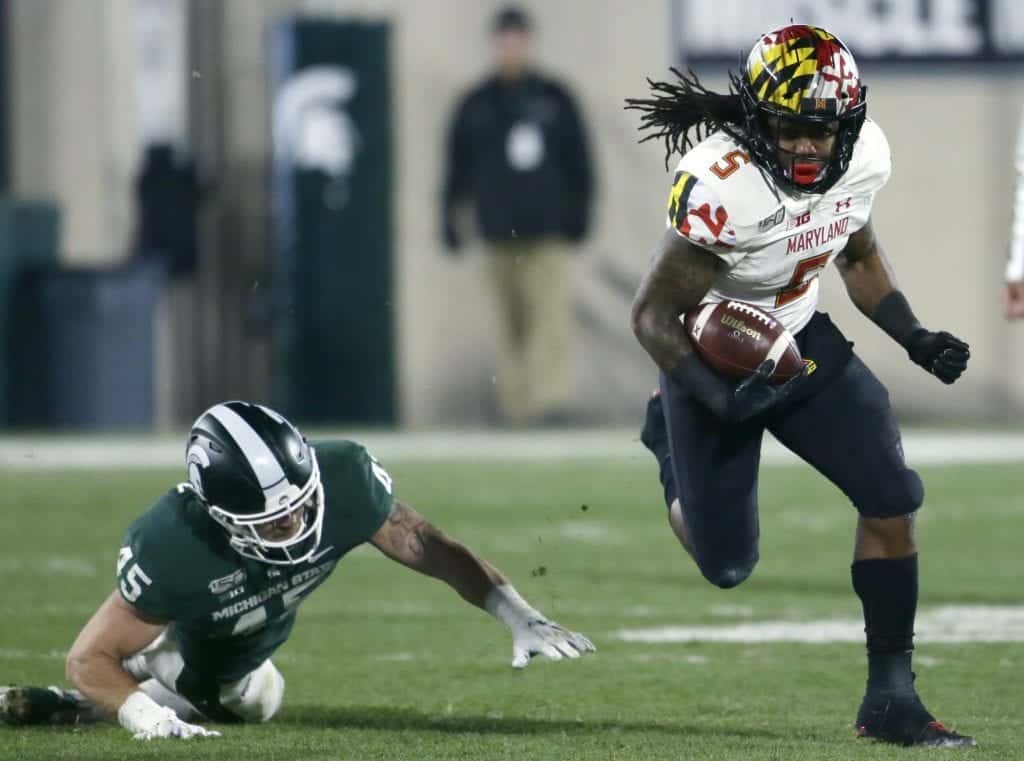 Around this time of year, there’s a lot of focus on the top rookies. Particularly, those who will come in right away to upgrade your starting lineup, and that’s fair enough. The 2020 class was outstanding, and there were some very promising fantasy landing spots following the NFL draft. So who are some of the dynasty rookie sleepers heading into the 2020 season?

For this exercise, I’m going to be looking at players who are frequently falling outside of the top 20 picks in rookie drafts. This means that in a 10-team league, you should be able to get these players in the third round.

The Steelers took McFarland in the fourth round with the 124th overall pick. At first glance, this might not seem like the best landing spot. Pittsburgh likes to use a workhorse back, and James Conner looks to be that player, but it’s not quite as simple as that.

Conner is a talented player who has overcome more than anybody his age should have to, defeating cancer as a teenager while in college. He struggles to stay healthy, however, and the opportunity dramatically increases for McFarland producing as a rookie should Conner have to miss significant time. Conner assumed the starting role at the beginning of the 2018 season in Le’Veon Bell’s absence, but he’s already missed nine games since that time.

The Steelers do already have a crowded running back room behind Conner. Jaylen Samuels, Benny Snell, and Trey Edmunds all saw work last season, but anybody who has watched McFarland will see a player with the speed and big-play ability whenever he touches the ball. His 4.44-second 40-yard dash earned him a Relative Athletic Score (RAS) of 9.27 for the drill. If nothing else, Pittsburgh will have to find ways to get him the ball, inevitably surging him up the depth chart.

The Steelers are a team like the Kansas City Chiefs who can seemingly find production from anybody at the position, and they consistently see running backs near the top of the league in fantasy points per game. If you can snag McFarland late, then you could quickly become the envy of your league.

The Ravens took Devin Duvernay in the third round with the 92nd overall pick after an exceptional senior season at Texas, where he had 106 receptions on 126 targets (84.1% catch rate) for 1,386 yards and nine touchdowns.

Duvernay dominated as a slot receiver in college, and Lamar Jackson loves targeting players in the middle of the field. Per PFF, Baltimore threw 19 touchdowns to players lined up in the slot in 2019. No other team had more than 15.

Duvernay ran a 4.39 40-yard dash at the NFL Combine, which gave him a 9.48 RAS for the drill. He may not be a consistent player immediately starting Week 1, but he’s sliding under the radar in a lot of leagues, despite landing in one of the ideal landing spots. With teams likely to be working even harder to neutralize the Ravens’ running game, Duvernay could be the beneficiary. It’s rare for a rookie receiver landing with the reigning MVP to be labeled a sleeper in dynasty, but reliable hands and the ability to create yards after the catch are a good combination.

The Packers took AJ Dillon in the second round with the 62nd overall pick, and the first thing that stands out about Dillon is his physicality. Dillon was one of the big winners at the NFL Combine, running and jumping exceptionally well for a man of his size and earning an overall RAS grade of 9.16. Of the running backs drafted, only Jonathan Taylor had a better grade.

After surprising everybody with the Jordan Love pick, the pressure was on the Packers to find a player who could help out Aaron Rodgers instantly. Most teams (sorry, Seattle Seahawks fans) don’t draft running backs in the early rounds and then sit them on the bench. This is evidenced by what we’ve seen with Miles Sanders, Alvin Kamara, and Nick Chubb, by their respective teams, in recent years.

Aaron Jones was outstanding for the Packers in 2019, but he’s in the last year of his rookie contract. Jamaal Williams has had over 145 touches every season despite doing the square root of nothing with them. There’s a possibility that Dillon could take some of those touches and some of Jones’ red zone work. If he impresses, then his role should only grow, and if he improves his receiving ability and earns Rodgers’ trust, he could be the starter as soon as next season.

The Saints took Adam Trautman in the third round with the 105th overall pick, as he became the first football player to be drafted out of Dayton since 1977.

Drew Brees is very good at what he does, and I don’t think that’s a hot take. What he does these days is throw the ball six yards down the fields between the hashes, and it works. It’s the offensive strategy that saw Michael Thomas catch around 2,000 passes last season (fine – I’ve checked, and it was 149), and it helped propel the Saints to a 13-3 record. There is room in the offense for more than just Thomas, however.

It wasn’t long ago that Jimmy Graham could separate, catch, and dunk over goal posts. Sean Payton, being the play-calling genius that he is, decided that they should be running the offense through the tight end position. Well, it worked. From 2011-2014, Graham had 355 receptions for 4,396 yards and 46 touchdowns.

Since trading Graham to the Seahawks, the Saints have tried to recreate this success with a host of players, including Benjamin Watson, Coby Fleener, and Jared Cook. Now they look towards an athletic, ultra-productive receiving threat, who impressed in an underwhelming draft class. This situation could be made for Trautman, and he could be one of the top rookie sleepers in dynasty.

Andy Gallagher is a writer for the Pro Football Network covering Fantasy Football. You can follow him @AndySGallagher on Twitter.