It won’t take a huge leap for the Miami Dolphins to improve upon their NFL-worst 2019 run game, and the start of that push will be led by newly acquired running backs Matt Breida and Jordan Howard, instead of quarterback Ryan Fitzpatrick leading the Dolphins in rushing for the second consecutive season.

Many Dolphins fans became nervous as each of the top running back prospects went off the board during the 2020 NFL draft. The board didn’t fall the right way for Miami to land one, but there was another plan in mind. On Day 3 of the draft, the Dolphins traded an early fifth-round pick to the San Francisco 49ers for running back Matt Breida. 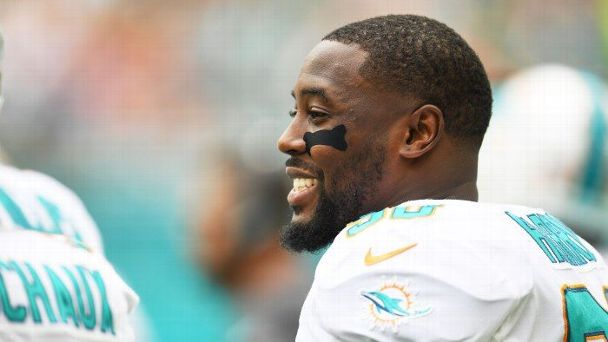 “There’s a lot of brainstorming that goes on about doing some things outside the box, and this trade was an example of that,” Dolphins coach Brian Flores said.

Miami general manager Chris Grier added: “There was no panic on anything. It was just we stayed with our process.”

It wasn’t the long-term solution many had hoped for, but the Dolphins have a new lead duo in offseason arrivals Howard and Breida. Their job in 2020 is simple: make the Dolphins’ run game fun again.

Howard and Breida represent the 2020 Dolphins’ version of thunder and lightning. Breida is one of the NFL’s fastest running backs and should add some home-run ability to Miami’s offense. Howard, who signed a two-year, $10 million contract in March, is the power runner with a lot of career production as a lead back. He fits perfectly as the Dolphins transition more to a power or gap running scheme.

“I’d describe my running style as rugged, pretty physical. I like to make the defenders feel me,” Howard said. “I’d rather hit them than them hit me. I definitely try to make them quit, that way by the fourth quarter, they don’t really want to tackle.”

That is just the type of the mentality the Dolphins want to bring to their running game.

Howard, 25, has the third-most rushing yards (3,895) and the seventh-most rushing touchdowns (30) in the NFL since he entered the league in 2016. He is also one of five players to rush for at least six TDs in the past four seasons. Despite missing six games with the Philadelphia Eagles last season with a significant shoulder stinger, Howard says he is 100 percent now.

The Dolphins won’t expect Howard to carry the load alone. Expect a one-two punch, with Howard the early favorite to lead the duo in carries while Breida functions as the explosive back who brings speed and can be a receiver out of the backfield.

Breida, who is set to play on his restricted free-agent tender that will pay him $3.3 million in 2020, has made a name for himself based on maximizing his carries. He has averaged 5 yards per rush over the past three seasons, fifth most among qualified running backs. Breida, 25, averaged 5.1 yards per rush last season, good for sixth in the NFL. Dolphins running backs averaged a NFL-worst 3 yards per carry in 2019.

“[Breida] is a very explosive, young running back with good vision and can create a lot of big plays,” Flores said. “But he’s also tough, he’s also smart, he also has a lot of the qualities that we’re looking for in our players.”

To quantify the explosiveness that Breida brings to Miami’s offense, take his 83-yard rushing touchdown in Week 5 vs. the Cleveland Browns last season. He reached 22.30 mph on that run per NFL Next Gen Stats data, which made him the fastest ball carrier in the 2019 season — including the playoffs. Buckle up, Dolphins fans. 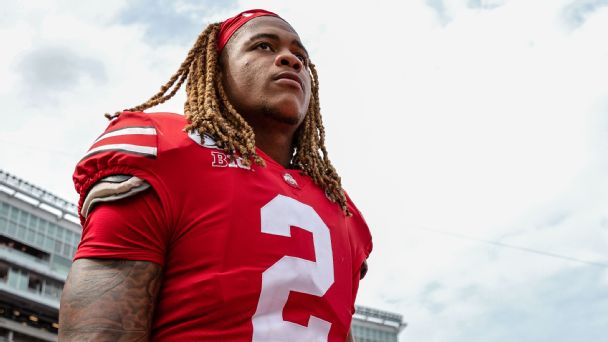 The Dolphins had 72.3 rushing yards per game last season, and their top two rushers in 2019 from the running back position, Mark Walton (201) and Kenyan Drake (174), are both gone. Though Kalen Ballage, Patrick Laird and Myles Gaskin return to compete for backup roles, the run game will be different in 2020. Miami could still look for its long-term running back during the 2021 offseason, but the plan now involves leaning on Howard and Breida.

Perhaps the most significant moves to improve the Dolphins’ run game were part of a focused effort to overhaul an offensive line that was arguably the worst in football in 2019. Free-agent signings Ereck Flowers and Ted Karras should slide in as starters at left guard and center, respectively. Draft picks Austin Jackson (No. 18 overall) and Robert Hunt (No. 39) seem set to compete for offensive tackle jobs in Year 1. Solomon Kindley (No. 111) and Hunt, if he doesn’t win the right-tackle job, could also compete at guard.

Miami could see four or five new starters along the offensive line, including two or three rookies. If the Dolphins’ evaluations on those players are correct, the run game should be improved simply because they are better up front.

The hiring of offensive coordinator Chan Gailey, along with the return of veteran running backs coach Eric Studesville, were made partly in hopes of improving Miami’s run game.

With Howard, Breida and an improved offensive line, the Dolphins are off to a good start in a pursuit to make sure Fitzpatrick doesn’t lead the team in rushing again.