Dallas Cowboys executive vice president Stephen Jones was quick to call Will McClay the MVP of the team’s 2020 NFL draft. And, coach Mike McCarthy was full of praise after going through his first draft with the vice president of player personnel.

McClay & Co. drafted seven players last week, including the Cowboys’ first-round pick of wide receiver CeeDee Lamb at No. 17 overall. If you’re wondering what McClay thought of the accolades, his answer is it is a study on leadership. It’s similar to the leadership Cowboys quarterback Dak Prescott has shown with the team-first mantra. 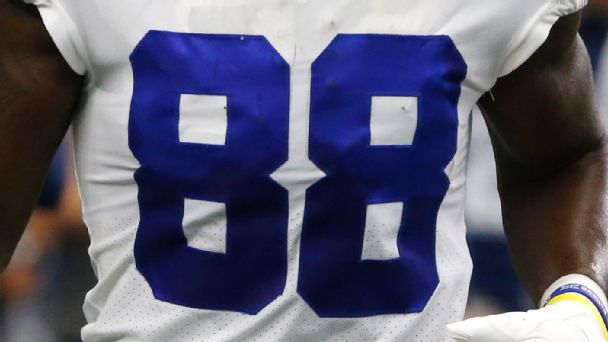 » Who’s next to wear Cowboys’ prized No. 88?
» ESPN+: Instant-impact pick for Dallas in 5th
» Dallas has offense leading the way in 2020
» Cowboys reach deal with CB Daryl Worley
» Cowboys’ 2020 draft analysis for every pick

“The MVP of the draft is the scouts, to me,” McClay said. “It’s a thankless job to go out and do that. We have an all-inclusive process that allows typically the scouts are in the meeting. They get to express their feelings about a player and do all that and that’s the way we’ve typically done that. Because of the conditions [virtual draft], we weren’t able to do that. They gave me and the college management staff all the information and trusted us to get that information to ownership. Ownership took that information, the coaches listened to all that.

“With what our country’s going through right now and all the other things going on, our guys’ ability to focus in and do the job was just an incredible thing. That’s what I was most proud about: The work of other people and the accolades to come from that [are] not as much as me, but make sure everybody gets the credit for that and realizing that how you win is with the team.”

McClay has accepted blame for past Cowboys picks that have not worked out (such as defensive end Taco Charlton), but he continuously deflects praise on the ones that have gone right (Zack Martin, DeMarcus Lawrence, Byron Jones, Ezekiel Elliott, Prescott, Leighton Vander Esch).

Trust in the draft process: The Cowboys like to use the term “blinking light” when a player is available at a certain pick that is much lower than where he is graded on their board. Lamb was a blinking light as the sixth-rated player on the board when the Cowboys drafted him at No. 17.

“There are some times that you go, ‘Maybe we didn’t get this guy right,’ but then you go back and you trust it,” McClay said. “The thing you saw in this draft, when everybody doesn’t have all of the information and the extra road talk and all these other things, and then the media and everybody else doesn’t really know … that kind of sets a we-think kind of a board. And what happens is when you’re all together, there’s more of an us-think board compared to what everybody else does. There was more concentration on what we value most, what we knew.”

From experience: McCarthy said he has a plan for a training camp in Oxnard, California, and one for a training camp at The Star in case the coronavirus pandemic prevents the Cowboys from going west. McCarthy never made it to Oxnard last month to visit the Cowboys’ training camp home, but he is using his time in Green Bay as a way to be ready with the Cowboys. In 2011, the NFL had a lockout that greatly altered the offseason.

“There were a number of times throughout that spring that it was like, ‘OK, hey, it’s going to happen. It’s going to end here,’ so we were running around getting ready for the offseason program,” McCarthy said. “Then it was going to happen again and now you’re getting ready for a minicamp. So a lot of that time and energy and planning went to waste because obviously the lockout didn’t end until, I think, July. So looking back at that experience is something that I addressed with our administrative staff, and I said we’re going to look at it from the other way. We’re going to start training camp and look back to the offseason.”

Crawford’s recovery: A little more than a month ago, defensive end Tyrone Crawford said he had a breakthrough in his recovery from double hip surgery.

“I was in the sauna, rolling out, doing all the stretches and everything you’re supposed to do but really deep,” Crawford said. “Just like any surgery, it takes time. With my Achilles [in 2012], it was like three games into that third year, and I just felt a whole bunch of cracking and popping and I felt like I got my explosion back. With this it was like literally a one-hour sequence where I started feeling great again. I was worried for a little bit, but overnight just started feeling good again.”