ENGLEWOOD, Colo. — This will be John Elway’s 10th NFL draft as the Denver Broncos‘ top football decision-maker. Elway’s decade in charge has seen historical highs culminating in the win at Super Bowl 50, but also lows in the form of the organization’s current four-year playoff drought.

Let’s run through each draft, looking at the good, the not so good and the what might have been:

The best pick: No. 2 overall pick linebacker Von Miller, who was just named one of eight unanimous selections to the All-Decade team for the 2010s, is still the best pick of Elway’s tenure.

The sum of the parts: It was a quality group in Elway’s first year on the job. Three players (offensive lineman Orlando Franklin, tight end Julius Thomas and linebacker Nate Irving) started in Super Bowl XLVIII three seasons later and a fourth (safety Rahim Moore) would have if he had not been injured.

And … what if: The Broncos didn’t have a fifth-round pick that year, but Seattle did and the Seahawks selected cornerback Richard Sherman at No. 154 overall. And Sherman certainly had a prominent role in shutting down the Broncos’ record-setting offense at Super Bowl XLVIII.

The best pick: Defensive end Derek Wolfe, drafted in the second round, has consistently been credited by Miller “for so many of my sacks.”

The sum of the parts: The Broncos got three eventual defensive starters in this group — Wolfe, linebacker Danny Trevathan and defensive tackle Malik Jackson. Jackson and Trevathan — taken in the fifth and sixth rounds, respectively — made for an outstanding Day 3.

And … what if: The Broncos took center Philip Blake at No. 108 overall (fourth round) and he never played a game for the team. Four picks later the Cardinals took tackle Bobby Massie.

The best pick: Defensive tackle Sylvester Williams, selected No. 28 overall, started 48 games in four seasons with the Broncos. The team always hoped for a little more from him, though, and did not re-sign Williams following the 2016 season.

The sum of the parts: After Williams, the Broncos didn’t get much out of the group. Only Williams and cornerback Kayvon Webster became regulars, and four of the players (defensive end Quanterus Smith, receiver Tavarres King, offensive tackle Vinston Painter and quarterback Zac Dysert) did not start a game. King, in fact, didn’t make it out of his first training camp before his release.

And … what if: The Broncos took running back Montee Ball in the second round — 58th overall — but off-the-field troubles limited him to two seasons with the Broncos. Five picks after Ball was taken, the Chiefs selected tight end Travis Kelce.

The best pick: Center Matt Paradis, a sixth-rounder, had a three-season stretch in which he played every snap on offense. He had 57 starts overall in four seasons.

The sum of the parts: Solid group overall, it’s just the Broncos didn’t hang on to them as Paradis, guard Michael Schofield, receiver Cody Latimer and cornerback Bradley Roby have started games elsewhere.

And … what if: The Broncos selected Latimer in the second round — 56th overall — and he never meshed with quarterback Peyton Manning. Six picks later the New England Patriots selected quarterback Jimmy Garoppolo at what would be a position of need for the Broncos two seasons later.

The best pick: Quarterback Trevor Siemian. The seventh-rounder won the starting job twice in his three years with the team before he was traded in 2018.

The sum of the parts: First-round pick Shane Ray didn’t blossom into a consistent starter and just one of the nine players selected remains with the team: tight end Jeff Heuerman.

And … what if: The Broncos selected guard Max Garcia, a future starter, in the fourth round (133rd overall). Four picks later the Falcons selected defensive tackle Grady Jarrett, a Pro Bowl selection in 2019.

The best pick: In a landslide, safety Justin Simmons in the third round (98th overall).

The sum of the parts: It will always be remembered for quarterback Paxton Lynch‘s four-start tenure with the team before his release, but Simmons, guard Connor McGovern, defensive end Adam Gotsis, fullback Andy Janovich, running back Devontae Booker and safety Will Parks all started games for teams that did not make the playoffs.

And … what if: The Broncos traded up to take Lynch at No. 26 overall, but eight picks later there was a run in which linebacker Jaylon Smith, tight end Hunter Henry, linebacker Myles Jack and pass-rusher Chris Jones went in consecutive picks.

The best pick: A testament to the group’s struggles overall, left tackle Garett Bolles is the only consistent starter in the bunch.

The sum of the parts: The weakest of Elway’s tenure. Five of eight players selected are no longer with the team and Bolles has led the league in holding penalties in each of his three seasons.

The best pick: Courtland Sutton, who is now the team’s WR1 and coming off his first 1,000-yard season, was taken in the second round with the No. 40 overall pick.

The sum of the parts: Pass-rusher Bradley Chubb‘s return from his ACL injury will lift the class’ résumé plenty, but tight end Jake Butt is still battling to get past knee injuries and the third-day players of this draft who are still on the roster (linebacker Josey Jewell, receiver DaeSean Hamilton and tight end Troy Fumagalli) are facing a fight for playing time. 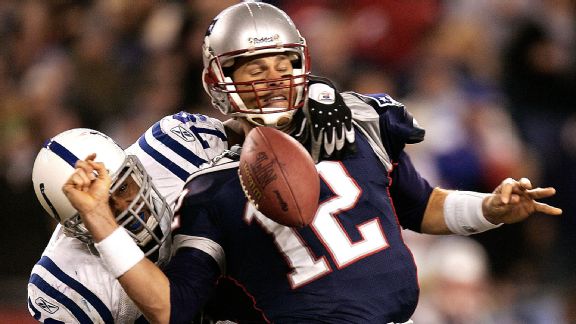 And … what if: The Broncos selected running back Royce Freeman in the third round — 71st overall — but 10 picks later the Dallas Cowboys selected wide receiver Michael Gallup, from Colorado State, who had a 1,107-yard season in 2019.

The best pick: It’s early, but in terms of their entire rookie seasons it was guard Dalton Risner, who was selected in the second round with the No. 41 overall pick.

The sum of the parts: The Broncos have big-time potential with Risner, quarterback Drew Lock, tight end Noah Fant and defensive end Dre’Mont Jones all looking at prominent roles.

And … what if: The Broncos traded their way back into the sixth round to select wide receiver Juwann Winfree as the Titans took linebacker David Long with the next pick. Long played mainly on special teams last season, but flashed potential with eight tackles and a forced fumble against the Chiefs in the regular season and then had two tackles for loss in the AFC Championship Game against Kansas City.