Does “Trader Bill” still exist in a virtual NFL draft?

It’s one of the intriguing questions surrounding the New England Patriots one week away from one of the league’s most highly-anticipated events.

Coach Bill Belichick is sometimes referred to as “Trader Bill” in media circles because of his penchant for wheeling and dealing during the draft in the never-ending quest for good value. He’s made a whopping 77 draft-day trades in his 20 years. There has been only one year under Belichick when the Patriots stayed pat and simply picked in the slots they were assigned (a gold star for you if 2004 was your guess).

Video from the Patriots’ draft room, via a sneak peek on Patriots.com in past years provides a general snapshot as to how the deals unfold.

In 2015, for example, Belichick picked up a landline and quickly had the Cleveland Browns in a discussion about the possibility of a third-round swap. Hammering out the specifics of what the trade could be, Belichick informed the Browns he would get right back to them and hung up. The numbers of the picks were written on a whiteboard and a discussion in the Patriots’ draft room on the merits of the trade followed, with Belichick, football research director Ernie Adams and director of player personnel Nick Caserio among those in leading roles.

Then the deal was struck with a quick return call to the Browns, in addition to informing the NFL via appropriate channels. Pretty seamless.

How that all-encompassing process will unfold this year, with the 10 or so people who would normally be in the room (or at the draft itself) split up at their respective residences, probably won’t be as easy.

“There’s some things going forward that haven’t been detailed out yet in terms of logistics and specific communications and so forth, but I think the general idea is to handle this the way it’s been handled in the past. We just can’t be together, so we’ll communicate in other ways to be able to exchange ideas and opinions and thoughts and make decisions,” Belichick said this week.

Teams get 10 minutes to make selections in the first round and seven minutes per pick in the second round. There is a five-minute limit for picks in Rounds 3 through 6, and a four-minute limit for seventh-rounders. 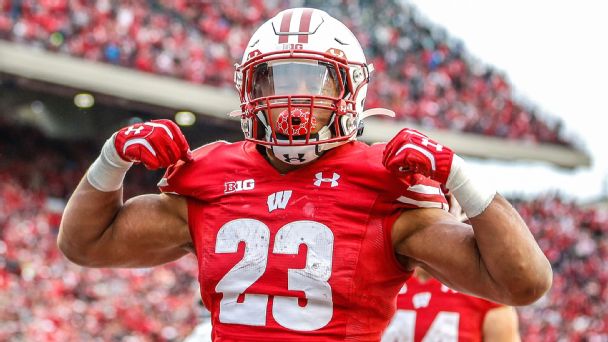 &#8226 How Bucs can build in draft around Brady
&#8226 Local product perfect draft fit for Giants
&#8226 Jets could wait on draft’s top receivers unless …
&#8226 Raiders emerging from flop syndrome?

With the combination of technology and time-crunch in mind, one line of thinking is that perhaps teams will be more conservative and simply make their picks in the assigned slot.

That remains an unknown, and Belichick relayed that the Patriots still have plans to go through various scenarios.

“In terms of just the draft strategy and so forth, things start to pick up here around the weekend, or maybe in the two or three days leading up to the draft,” he said.

In that sense, nothing has changed from past years. Belichick and his staff can engage in the traditional pre-draft discussions with teams to get a sense of which clubs are more likely willing to trade, which often sets the table for future talks. That can be important information for “Trader Bill.”

But there is also a real-time aspect that can’t be denied, because often those deals can’t be consummated until teams know which players are available when they’re on the clock.

Another team that frequently likes to trade, the Seattle Seahawks, has acknowledged how this year it might be tougher to do so.

The Patriots enter the draft with 12 selections, which is tied with the Minnesota Vikings and Jacksonville Jaguars for second most in the NFL behind the Dolphins (14). They have a big gap between their top selection (No. 23 overall) and ensuing pick (87) after dealing their second-rounder to Atlanta last year for receiver Mohamed Sanu. Six of their 12 picks are in the final two rounds.

That’s usually a formula for a high volume of Patriots trades.

But this, of course, is anything but a normal year.