Not long after he signed his four-year deal with the Dallas Cowboys last month, tight end Blake Jarwin took a little time to reflect.

In 2017, he was an undrafted free agent, fighting for his football life. In 2020, he signed a four-year contract worth $22 million that included $9.25 million guaranteed, all but assuring he would be Jason Witten‘s successor in Dallas.

He thought of his agent, Kelli Masters, who helped him choose the Cowboys after not being selected in the draft and who helped him gain the life-altering contract. He thought of his tight ends coach at Oklahoma State, Jason McEndoo, who will be one of the beneficiaries of a fund that Jarwin is setting up at his old school to help the athletic department. 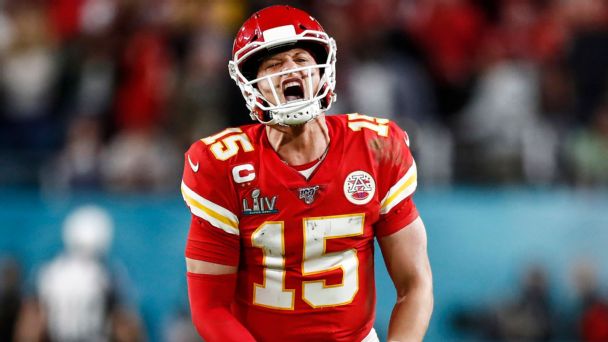 He thought of his coaches and teammates over three years with the Cowboys. And he thought of Witten.

“As a rookie, I’m pretty reserved as it is, and I’d just kind of stay away and watch how he worked. He came in every single day like he was still trying to make it,” Jarwin said. “When it was his turn, he’s going 100%. But he always felt like he had something to prove.”

And now Jarwin, three months shy of his 26th birthday, finds himself with something to prove.

In the past two seasons, he caught 58 passes for 672 yards and six touchdowns. In 2018, with Witten working as ESPN’s Monday Night Football analyst, he displayed flashes late in the season, including a three-touchdown game against the New York Giants.

With Witten returning in 2019, Jarwin started seven games, played 38.6% of the snaps and caught 31 passes for 365 yards with two of his three touchdowns coming against the Giants.

There might have been calls from outside the Cowboys’ organization for him to see more action, but Jarwin never felt he was held back by Witten.

“I’ve always been thankful for what he’s done for me,” Jarwin said. “He never had to stop and tell me and Dalton [Schultz] about things he sees, and he did anyway. I don’t care about what people thought. We never thought like that in our tight-end room. We had a pretty close relationship. It’s going to be a little different seeing [Witten] in a Raiders jersey.”

Coach Mike McCarthy must have liked what he saw in Jarwin for the Cowboys to make the financial commitment and walk away from the franchise’s leader in receptions, receiving yards and games played. For Jarwin, he isn’t feeling the pressure, but there is something he will take away from Witten.

“You can never be satisfied with where you’re at,” he said. “And that’s with everything. Stepping up and being a better teammate, a better overall tight end. I can do a lot in the passing game, but it’s time to polish up on my blocking game, run and pass, to be a full three-down, complete tight end. That’s my goal. I’m heading forward right now. I don’t want to be a one-dimensional guy when I’m out there.”

The challenge is made a little more difficult by the lack of a true offseason program. The Cowboys begin their virtual offseason program next week, but players are not allowed at The Star facility. They can get online to talk with coaches, but the physical work is basically on their own. Jarwin has found himself in an open field not far from his home, running sprints and routes.

“I don’t have much, a few dumbbells. I’ll use those,” Jarwin said. “Just old-school stuff. Push-ups. Core work. A lot of core work.”

Jarwin’s goal is to be ready whenever the Cowboys can begin work in the facility with an eye on learning whatever changes McCarthy brings to the organization, so when the games begin the Cowboys know what they have in their tight end.

“You’ve got to look at it like it’s just the beginning,” Jarwin said. “I’ve still got a lot to prove. That’s another thing I learned from seeing a guy go to work every single day. He’s a 15-to-16-year vet, but he’s still trying to make the team like he’s a rookie. I’m going to hold on to that mindset. I was an undrafted free agent. That’s going to prevent me from ever being content.”