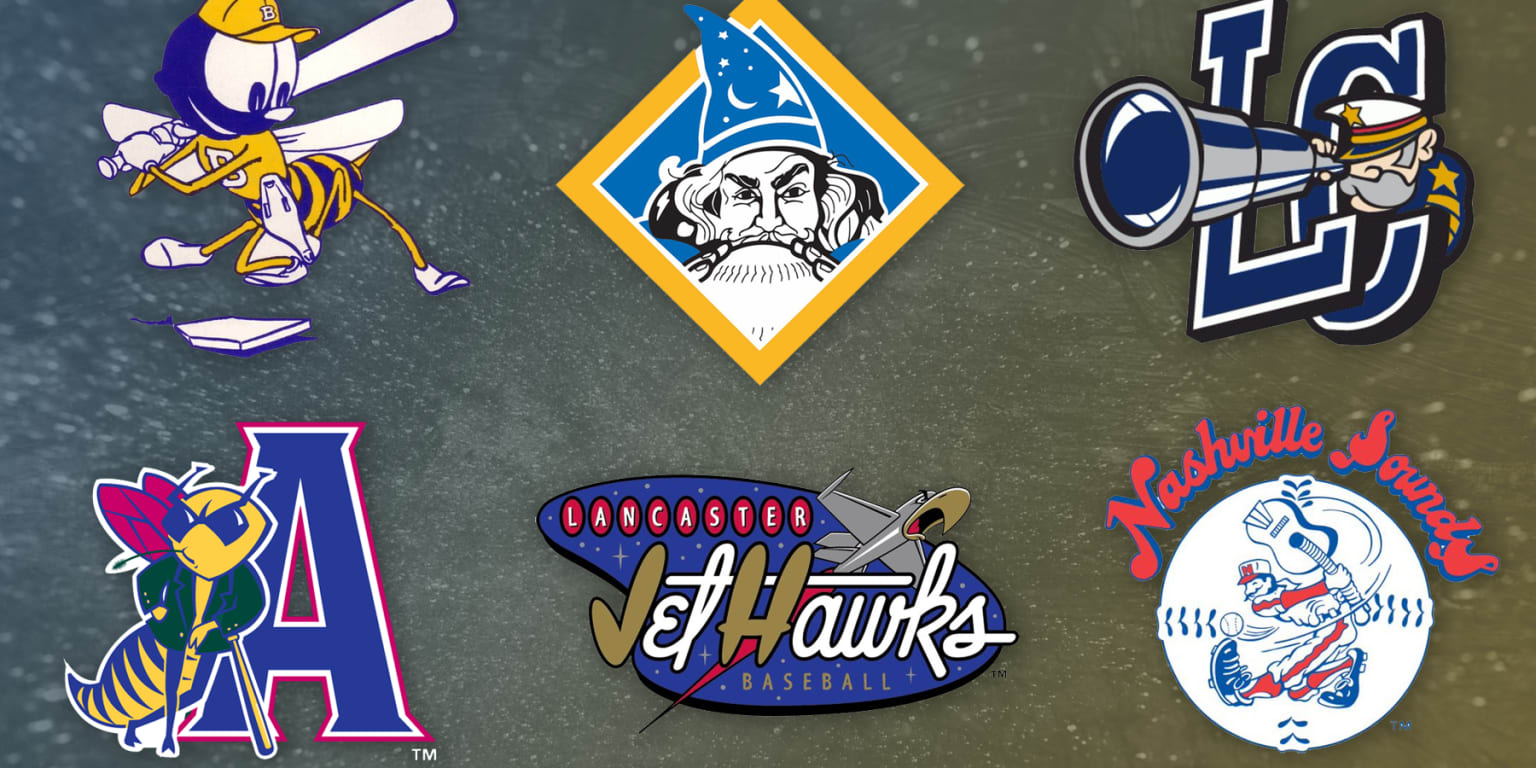 Like all of us, Minor League teams across the country are trying to navigate a new normal and figure out how to keep themselves occupied on this strange frontier. Fortunately, social media can be a tool to unite, as the Class A Burlington Bees discovered last week.Burlington invited teams around

Like all of us, Minor League teams across the country are trying to navigate a new normal and figure out how to keep themselves occupied on this strange frontier. Fortunately, social media can be a tool to unite, as the Class A Burlington Bees discovered last week.
Burlington invited teams around the Minors to show their best throwback logos, and the Bees kicked things off with this masterpiece.

Trying to start an @MiLB trend here. Fellow teams, show us your most awesome retro logo. We’ll start with the original Buzz the Bee: pic.twitter.com/1TDLOzjPSC

Look at all those feet! The mechanics of a swing in which one lead foot is already planted while the other strides toward the mound seem both extremely complicated and also like a tremendous asset for a hitter. Buzz the Bee, shown here, dates back decades while the Bees’ name was first used nearly 100 years ago in 1924. Burlington used an updated iteration of Buzz until changing its look in 2007.
One of the earliest entrants into Burlington’s conversation was the Bees’ Midwest Leaguemates — the Lansing Lugnuts.

Before the Lugnuts, there were the Sultans of Springfield! pic.twitter.com/DkSb3opXHD

The Lugnuts’ look hasn’t changed a ton since the franchise moved to Lansing in 1996 (because it’s been so tremendously successful). But prior to that move, the Lugnuts had a few tumultuous years. After decades in Waterloo, Iowa, as the Hawks, Royals, Indians and Diamonds, the team moved on short notice to Springfield, Illinois, for the 1994-95 seasons and were known as the Sultans.

While the franchise has stayed put since arriving from Kenosha, Wisconsin, in 1993, Fort Wayne’s moniker underwent a change at the end of the 2000s. After being known as the Wizards from 1993-2008 with no real local tie behind the name — but as the only professional sports franchise in the country known as “Wizards” upon their inception — Fort Wayne’s club became the TinCaps as an homage to conservationist John Chapman (also known as “Johnny Appleseed”), who planted apple trees throughout the Midwest and is buried in Fort Wayne. The Wizards had a couple of looks before their name change including one with a dragon — while playing in the league with the Dayton Dragons.

Over in Lake County, the Captains looked back (heh) at their spyglass-sporting previous logo. The Captains overhauled their logos after the 2009 season, when they made the switch from the South Atlantic League to the Midwest League.

When the Captains were on the Sally Circuit, they were leaguemates with Augusta, and the GreenJackets were, evidently, personified by the Fonz in insect form. Yes, the “jacket” in the team’s moniker is actually an homage to the famous garment given to the winner of the Masters, but coupled with the sunglasses and a long piece of Georgia grass, it definitely has the look of leather on a garden-variety (heh) street tough here.

One of the most historic franchises in the South Atlantic League and Minor League Baseball as a whole busted out — for my money — one of the greatest logos in the history of the game. Asheville’s bear (Ted E. Tourist in his mascot form) is every cliché traveling dad in this logo with his Hawaiian-print shirt, side-saddled camera, cap, sunglasses and suitcase. Kudos to the original designer for slapping some baseball spikes on his furry feet and putting a baseball bat instead of a bindle over his shoulder. Asheville underwent a complete redesign following the 2010 season to a moon-centric suite — featuring one logo that does sport a bindle. The name, one of the Minors’ oldest, stuck.

One level up the Minor League ladder, Lancaster threw back with this googie-era-inspired beauty. While it might be too busy to render effectively on some merchandise or graphics, it’s a ’60s-in-SoCal dream. Ignore the fact that the JetHawks weren’t around until 1996. Imagine yourself in some flared-fender, chrome-heavy sedan with a bench seat in the front, cruising through an In-N-Out drive-thru, grabbing a double-double with Vin Scully calling a Sandy Koufax start on your radio and zipping north from Los Angeles to catch a JetHawks game. Nice, innit?

Our original teal logo from our days as a @Marlins affiliate. pic.twitter.com/xtF3xgTycc

One of the most successful and beloved logos in the Minors belongs to the Sea Dogs and while Portland’s current navy-and-red color scheme and Red Sox affiliation seem to be no-brainers, that’s not how things originally were for Maine’s Minor League team. When the Major Leagues expanded with the Marlins and Rockies for the 1993 season, the Minors had to add a corresponding number of clubs for each new organization ahead of that expansion. Portland and New Haven were the Double-A level’s entrants, and the Sea Dogs took on their initial parent club’s very ’90s color scheme.,

Up in Triple-A, the Pacific Coast League’s Nashville Sounds have been through a few looks in the past decade, including a wildly successful redesign ahead of the 2019 season. But few throwback logos carry quite the same cache as the Sounds’ guitar-swinging old-timey ballplayer. Everything about this screams gorgeous old graphic design — the ragtime-era mustache and pillbox cap, the motion lines around the guitar’s swing path and the ball, the stirrups and striping on the pants and jersey, the fact that the player’s feet are half the size of his entire body. It’s terrific, and the Sounds still honor it with throwback uniforms and merchandise.

Oklahoma City’s contribution was last used in the ’90s, refers to the ’80s (the 1880s, that is) and looks straight out of the ’70s. From 1962-97, the team was known as the 89ers in reference to the Land Run of 1889 and the year Oklahoma City was founded. The 89ers’ guy and the Sounds’ guy enter their franchises in the illustrious list of mustachioed mascots where they are joined by…

Class A Short Season Williamsport — the only entrant we’re including from this thread because, wow, look at everything going on here. The epic ‘stache. The knit cap in place of a baseball cap. The two-man saw with bat handles. The way that saw is positioned, which appears to be immediately preceding serious bodily harm to this guy if he swings. It’s all good stuff. And just up the road in Pennsylvania…

In the International League, Scranton/Wilkes-Barre has had three different names since 2006. The current RailRiders were known as the Yankees from 2007-12 and as the Red Barons prior to that. The club’s logo for the last decade of that nickname is the one taking center stage in the team’s tweet. Eagle-eyed observers of The Office (shameless self-reference intended) may have spotted this logo on a ball behind Michael Scott’s desk and an old Scranton/Wilkes-Barre Yankees magnet was featured prominently on one of Dunder Mifflin’s vending machines..