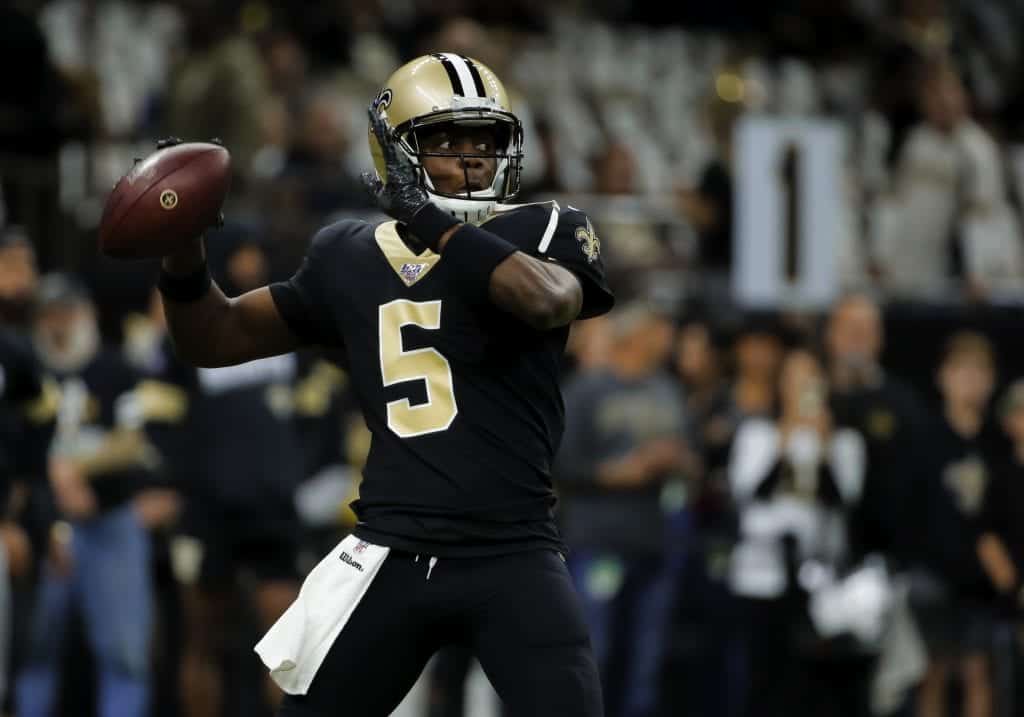 Once the initial shock wears off from Day 1, there’s little to talk about when it comes to Day 2 free agency. But we’ve seen this formula play out: day one was crazy, day two was iffy.

Most of the big name projects will have found their homes and the ones still looking could be bringing guys over a Skype call at any minute.

Monday brought drama and insanity to the world of football. With players like DeAndre Hopkins being moved for chump change while Stefon Diggs gets the max overhaul, the free agency period certainly did not disappoint despite 14 of the top 50 players receiving the franchise tag.

Outside of one player, Tuesday’s news was a bit more relaxed. Sure, Tom Brady will be looking for a new home, but outside of that, was anyone surprised?

Let’s dive back in and take a look at the winners and losers of day 2 free agency.

This is quick and to the point. Tom Brady, the G.O.A.T, the connoisseur of crafting wins, defeater of deadly teams and supreme leader of the Super Bowl six times will be leaving New England. That gives the Buffalo Bills, Miami Dolphins and New York Jets a window to become the next big name in the conference.

The Bills picked up Diggs for a hearty price, but the defense is ready to contend. Miami signed a plethora of players that Brian Flores could turn into his own mini New England roster down in South Beach. The Jets, oh boy…umm…sorry?

Two teams became better while one known for their success with the 199th pick will suffer. This truly is the end of a dynasty in Foxborough unless Bill Belichick can bring in a quarterback via free agency or the draft that will keep the team afloat.

In all honesty, I’ve been a secret Bills fan for two years now, so I’m hopping on the bandwagon for good.

My dad is going to be sooo mad at this article when he drinks his coffee. Despite the Bears still having a chance to win the NFC North, they’re really doing everything they can to let this one slide out of their hands.

On Monday, the team signed Jimmy Graham to a two-year, $16 million deal. That $8 million could have gone to better use to say, like, another pass rusher? Well, money went to a pass rusher, but perhaps the wrong one. The team announced they officially signed Robert Quinn from Dallas on a five-year, $70 million contract.

Well then…Pace needs to have his lid put back on.

The move to pass on Leonard Floyd already hurt — when healthy, he produced exceptionally in the 3-4 defensive front. The other issue is Quinn’s production over the past several years. Since 2014, the former Cowboys defensive end has had one double-digit sack season.

That’s $14 million per season for a player who over the past five years has averaged seven quarterback takedowns. You do the math people.

The more the Raiders are making moves, the more they are turning themselves into quality contenders. Sure, Jason Witten on a one-year deal means nothing, but the two other deals at a position of need will.

A day after signing Nick Kwiatkoski to a three-year deal, Las Vegas doubled down at linebacker to pick up Cory Littleton. The former Rams linebacker posted career numbers last year with 134 tackles and 7.5 sacks. In coverage, Littleton excelled across the middle, picking up five interceptions, two forced fumbles, and four fumble recoveries since entering the starting role back in 2018.

Littleton was expected to be the best off-ball linebacker on the market, and the Raiders signed him to a deal worth $12 million a season. That, plus the $7 million deal for Kwiatkoski, should fix the need at linebacker before the draft, allow Las Vegas to grab a No. 1 target and a cornerback to pick up production that Gareon Conley never could.

Two team-friendly deals could also allow Las Vegas to add one more big free agent agent, such as cornerback Chris Harris Jr. or wide receiver Emmanuel Sanders. The Raiders maybe didn’t make a splash signing for their new home on Day 2 of free agency, but they got better real quick and should contend next season in the AFC West.

This one looked to be coming from a mile away.

With the recent trend of former Panthers hitting the chopping block, Matt Rhule and Joe Brady will begin fresh by saying goodbye to the old. And with the new deal to bring Teddy Bridgewater over to the Queen City, Newton would be shipped elsewhere.

That’s not why Newton walks away on the downside of this deal. Instead, it’s because of multiple conflicting reports.

Initially, it was stated that the 30-year-old wanted out of Carolina. Once posted to social media, Newton clapped back with his thoughts on the situation.

“Stop with the word play,” Newton said in a social media reply to the Panthers announcement. “I never asked for it!! There is no dodging this one. I love the Panthers to death and will always love you guys!! Please do not try and play me or manipulate the narrative and act like I wanted this. You forced me into this!!”

The once perfect marriage between Newton and the Panthers are abruptly coming to an end on a sour note. Newton will head elsewhere, leaving a majority of the the 2015 NFC Championship roster in the past.

And perhaps the biggest issue will be his health. If unable to perform at the level teams ask, is there a market for Newton at all?

Tom Brady, Philip Rivers and Drew Brees were the biggest names of quarterbacks on the market after a longevity of success at the NFL level. Two will likely be on the move while one returns home.

No matter if it’s home is where the heart lies or something along those lines, all three quarterbacks are getting paid. Handsomely paid at this rate.

Brees will return to New Orleans to finish his career out with the Saints. Just months after setting the new NFL passing record, the 41-year-old will play out his final days of his career in the Bayou on a two-year deal. He’ll make $50 million over that time with the hope of bringing a title back to the Saints.

Rivers was told to hit the road after 16 years with the Chargers. While his final season out in California was below expectations after a 2018 season of success, the Colts felt comfortable giving him a one-year, $25 million deal on Day 2 of free agency. Rivers could perhaps be on the decline, but should he improve in a new stadium, Indianapolis will have a top gunslinger on an affordable deal.

Brady is going to look weird in a Tampa red uniform. Like, it’s just weird to see him in anything other than a New England jersey, but that’s the world we live in. Although not official, the Buccaneers will have their quarterback to hopefully get them over the hump of 7-9 while Brady will receive roughly $30 million per season.

Teams could always go for younger quarterbacks over aging prospects. The thing is, when all three are at their best, they’re the reason their team will look like Super Bowl contenders. Expect New Orleans, Tampa Bay, and Indianapolis to be contenders heading into August.

DeAndre Hopkins is gone and his replacement will be Randall Cobb. The veteran wideout had success in Dallas last year, but his production is limited to the slot. There’s no reason to pay a veteran receiver over $27 million when they won’t be effective outside of slants and curl routes.

To add insult to injury, DJ Reader signed a four-year, $53 million deal to make him the highest-paid nose tackle in football. Houston had the money to pay for their star defender in the trenches to return, but chose to let him walk.

Last season, Houston allowed Kareem Jackson and Tyrann Mathieu to leave the office without so much as a small offer. This year, Reader leaves without a proper goodbye. Deshaun Watson will either be an MVP or the best quarterback on a terrible roster because Bill O’Brien isn’t going to give him help.

Newton is a loser going into Wednesday. The team that will let him go is not.

The focus will be on Teddy Bridgewater, who signed a deal worth $60 million over a three years. Although not a full-time starter, the former Vikings signal-caller made strides back into the spotlight, going 5-0 for the Saints when Drew Brees was injured.

The team also made a move to bring back Tre Boston on a three-year, $18 million contract. A rangy playmaker who excels in coverage, Boston had bounced around from roster to roster, trying to find a permanent home. A team-friendly deal also helps Carolina fill a hole in their secondary, which has lost both Eric Reid and James Bradberry.

Joe Brady will now have a quarterback that’s fully healthy and Matt Rhule keeps a safety who was ranked just outside the top 10 last year in coverage. Its a win-win for all involved.