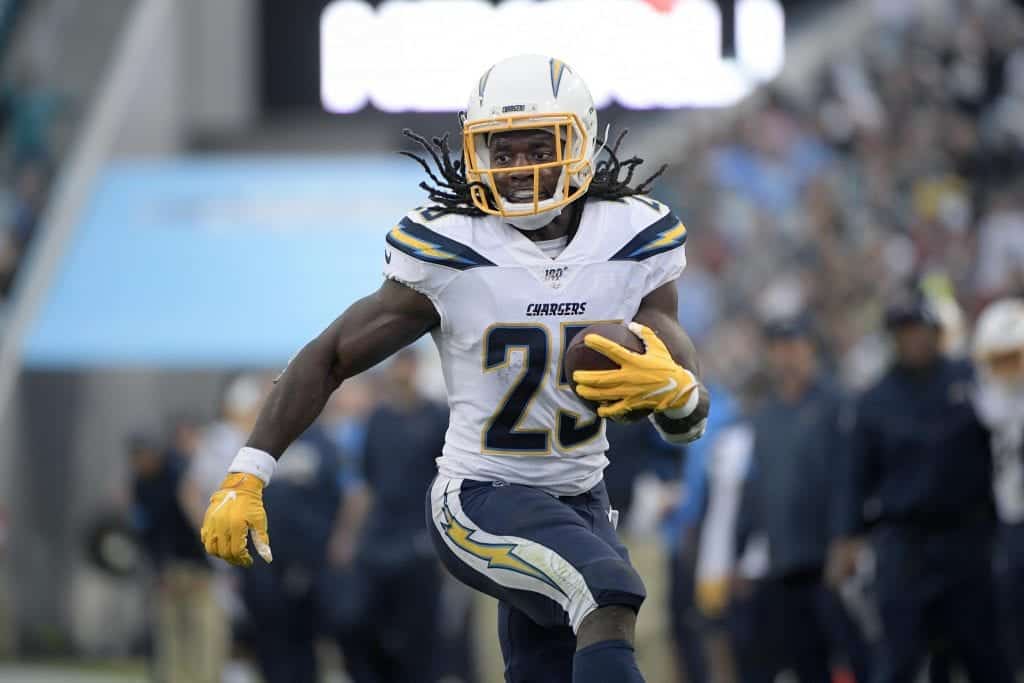 With the legal tampering period in full-gear and 2020 free agency officially beginning at 4:00 PM Wednesday, we take a look at the top available free agents and how their dynasty fantasy football stock might be impacted.

The quarterback class features a trio of veteran signal-callers, while the skill-position group is full of elite talent at the top. Unfortunately for those bargain hunting, there is only a handful of elite running backs, wide receivers, and tight ends on the market. But there’s plenty of guys that could see a rise in dynasty value after 2020 free agency if signed into the right situation.

While nothing can be signed until 2020 free agency officially begins at 4:00 PM Eastern on Wednesday, the legal tampering period gives us an early look at potential landing spots for top dynasty prospects. Make sure to bookmark Pro Football Network’s NFL News and Rumors Tracker for everything PFN Insider’s Tony Pauline and Benjamin Allbright are hearing around the league.

Notes:
Hours before he was set to enter free agency, Ryan Tannehill and the Tennessee Titans agreed to a massive four-year contract worth up to $118 million. The former Dolphins castoff led Tennessee to their first AFC Championship since 2002, where they lost 35-24 to the eventual Super Bowl LIV champion Kansas City Chiefs.

After failing to reach a long-term contract with quarterback Dak Prescott, the Dallas Cowboys will instead use the franchise tag on their franchise cornerstone. Even though Dallas secured their QB for at least another season, the failure to come to terms on a contract extension could lead to the deflection of top pass-catcher Amari Cooper.

Dynasty players desperate for QB depth for a couple of seasons are sure to keep an eye on veterans Drew Brees, Tom Brady, and Philip Rivers, as they hit the open market. Since we already know Brees is almost definitely heading back to New Orleans, and Philip Rivers is likely destined for Indianapolis as first reported by Pro Football Network’s Tony Pauline, all eyes will be on Brady as he enters free agency for the first time. Outside of a return to New England, the Tampa Bay Buccaneers and the Los Angeles Chargers are the most likely destinations for the six-time Super Bowl champion.

While the former undrafted free agent out of Western State is one of the most electric pass-catching backs in all of football, there are notable concerns about Ekeler’s average numbers between the tackles. Instead of investing in Gordon and his contract demands, the Chargers will likely pair Ekeler with a cheap free-agent or a mid-round running back from a deep and talented 2020 dynasty rookie class.

Tennessee signing Tannehill to a long-term deal allowed the Titans to franchise tag star running back Derrick Henry, who led the NFL in 2019 with 1,540 rushing yards. In somewhat of a surprise, the Cardinals slapped running back Kenyan Drake with the transition tag minutes before Monday’s deadline. While Drake can still negotiate with other teams, the transition tag ensures that the Cardinals get to match any offer on the table.

Notes:
Holding the number one overall pick and wanting to surround eventual quarterback Joe Burrow with as many weapons as possible, the Cincinnati Bengals slapped the franchise tag on long-time wide receiver A.J. Green.

With Dallas and Prescott unable to agree to a deal, Amari Cooper hits the open market in a great position to capitalize. It wouldn’t be a surprise to see dynasty standout Cooper hit top 3-5 WR money in 2020 free agency, as most top wide receivers never see free agency.

With a notable drop off in either age of talent behind him, former New York Jets wide receiver Robby Anderson is set to see a rise in dynasty value after free agency 2020. After Cooper and Anderson, the pickings are slim, so Anderson could be in a position to succeed both on the field (landing spot) and off the field (cash-money).

Notes:
After failing to reach a long-term agreement with Hunter Henry, the Chargers officially placed the franchise tag on the talented, yet often-injured tight end. With Henry off the market, Hooper is sure to break the bank as the top dynasty tight end available in 2020 free agency.

Update: The Cleveland Browns are reportedly making Hooper the highest-paid tight end in the National Football League. While this is a less-than-ideal spot on paper with so many mouths to feed in Cleveland, just a reminder that new Browns head coach Kevin Stefanski used two-plus tight end sets more than any other NFL team last season in Minnesota.

Outside of Hooper, there isn’t a lot to be excited about on the free-agent market. Ebron and Eifert have shown glimpses when healthy, but both have shown they’re more backup than starting-caliber. Graham, Walker, and Reed are all bottom-of-the-bench stop-gap options for those desperate for tight end depth. With his history of concussions, Reed would be better served to retire at this point.