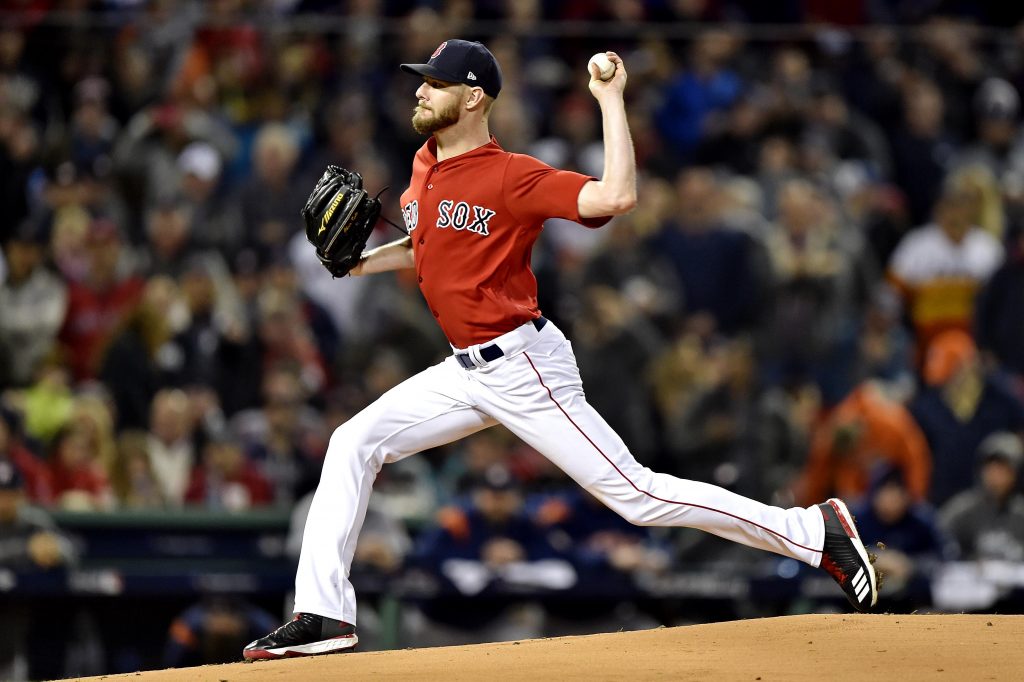 4:35pm: At this point, there’s no expectation that Sale will require Tommy John surgery, Ken Rosenthal of The Athletic tweets.

9:05am: We learned yesterday that star Red Sox lefty Chris Sale had undergone an MRI after he experienced elbow soreness, with Dr. James Andrews set to review the results. That has now occurred, but a diagnosis and course of treatment remain unknown.

Boston manager Ron Roenicke tells reporters, including Jason Mastrodonato of the Boston Herald (Twitter link) and Peter Abraham of the Boston Globe (Twitter link), that the club has sought another opinion. Another premier specialist, Dr. Neal ElAttrache, will review the imaging and weigh in with his opinion.

Presumably, the hope is to land upon a consensus after receiving the viewpoints of Andrews, ElAttrache, and the Sox’ own team medical staff. All involved are taking their time, says Roenicke, because there’s a “need to get this right.”

Sale will ultimately decide upon what course of treatment he deems best. But there’s a shared interest in arriving upon the best long-term approach to his as-yet-unclear elbow ailment. The Red Sox owe Sale $145MM over the next five seasons.

Roenicke says that fans and media shouldn’t read into the ongoing uncertainty. Sale isn’t necessarily staring down Tommy John surgery, it seems. Indeed, it’s not really even clear whether that is a possibility on the table at the moment.

What is known to this point: Sale was shut down and received platelet-rich plasma treatment in August after visiting Andrews. The southpaw said he had been cleared of ligament damage. He was cleared to throw over the winter; indications were that he’d be a full participant in Spring Training. Sale was delayed at the outset of camp, with the explanation given that he was dealing with a case of pneumonia, but began throwing recently without evident issue. But his elbow began barking after facing live hitters recently, prompting this new round of medical analysis.