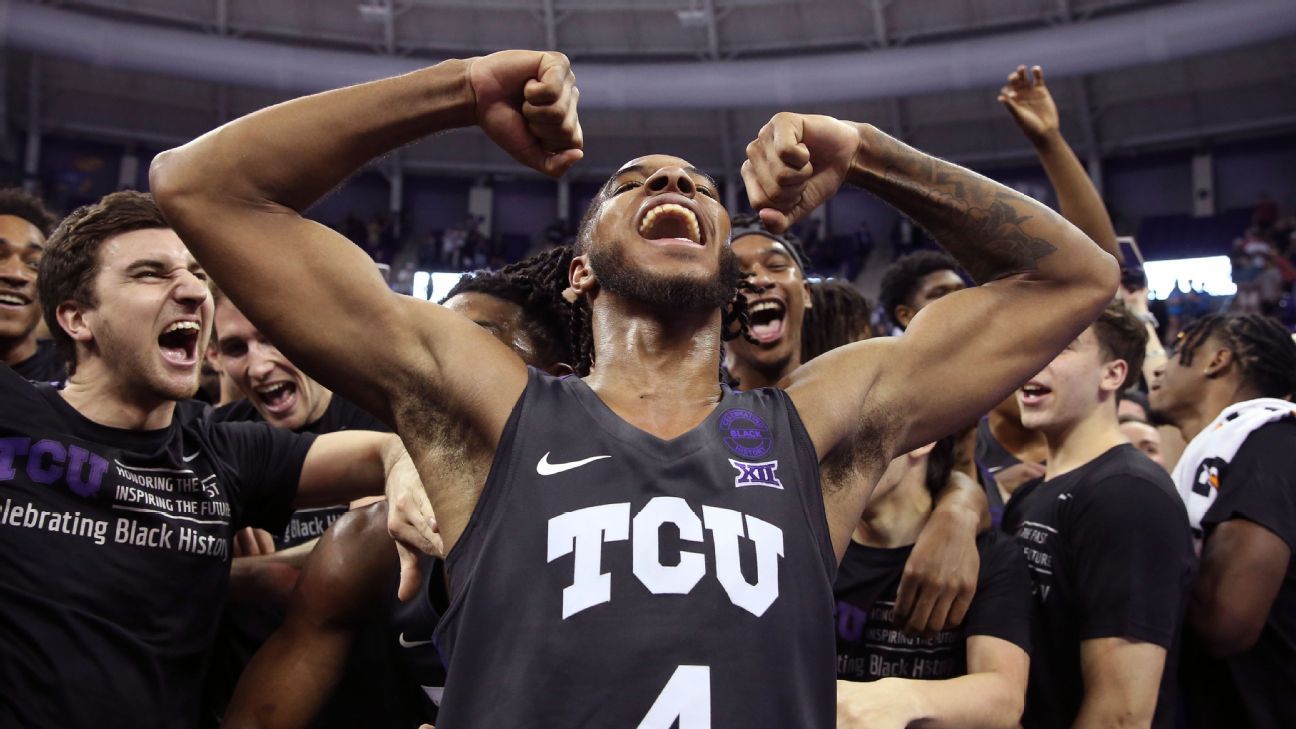 FORT WORTH, Texas — Desmond Bane scored 23 points, including eight straight in TCU’s tiebreaking run as the Horned Frogs upended No. 2 Baylor 75-72 on Saturday.

Bane made a long tiebreaking 3-pointer with 4:42 left that put the Horned Frogs (16-13, 7-9 Big 12) ahead to stay. After blocking a shot by Jared Butler, Bane then made a turnaround jumper before adding another 3 to make it 63-55 with just over three minutes left. That was part of a bigger 18-1 spurt that Bane had started with another 3-pointer.

This was only the third Big 12 game this season where Baylor, which is still in contention for its first Big 12 title and a No. 1 seed in the NCAA Tournament, trailed in the second half.

PJ Fuller added 21 points for the Horned Frogs, while Jaire Grayer had 13 points and nine rebounds.

Butler and Freddie Gillespie both had 18 points while MaCio Teague had 13 for Baylor, the highest-ranked team to visit TCU since then-No. 1 Kansas in December 2003 — before the Frogs were in the Big 12. Gillespie also had 17 rebounds.

TCU was up 68-55 after Fuller made two free throws with 1:19 left, although Gillespie’s layup with nine seconds left cut the margin to three in the final 10 seconds before Diante Smith made two clinching free throws for the Frogs.

TCU: The Horned Frogs were playing without second-leading scorer RJ Nembhard and guard Francisco Farabello. This was their third win this season over a Top 25 team. They have beaten a higher-ranked team in coach Jamie Dixon’s four seasons, with their win over then No. 1 Kansas in the Big 12 tournament three years ago.

The Bears will certainly fall out of the top two spots for the first time in eight weeks. They are still a top-five team.

TCU now plays the only team ranked higher than Baylor. The Horned Frogs are at No. 1 Kansas on Wednesday night.