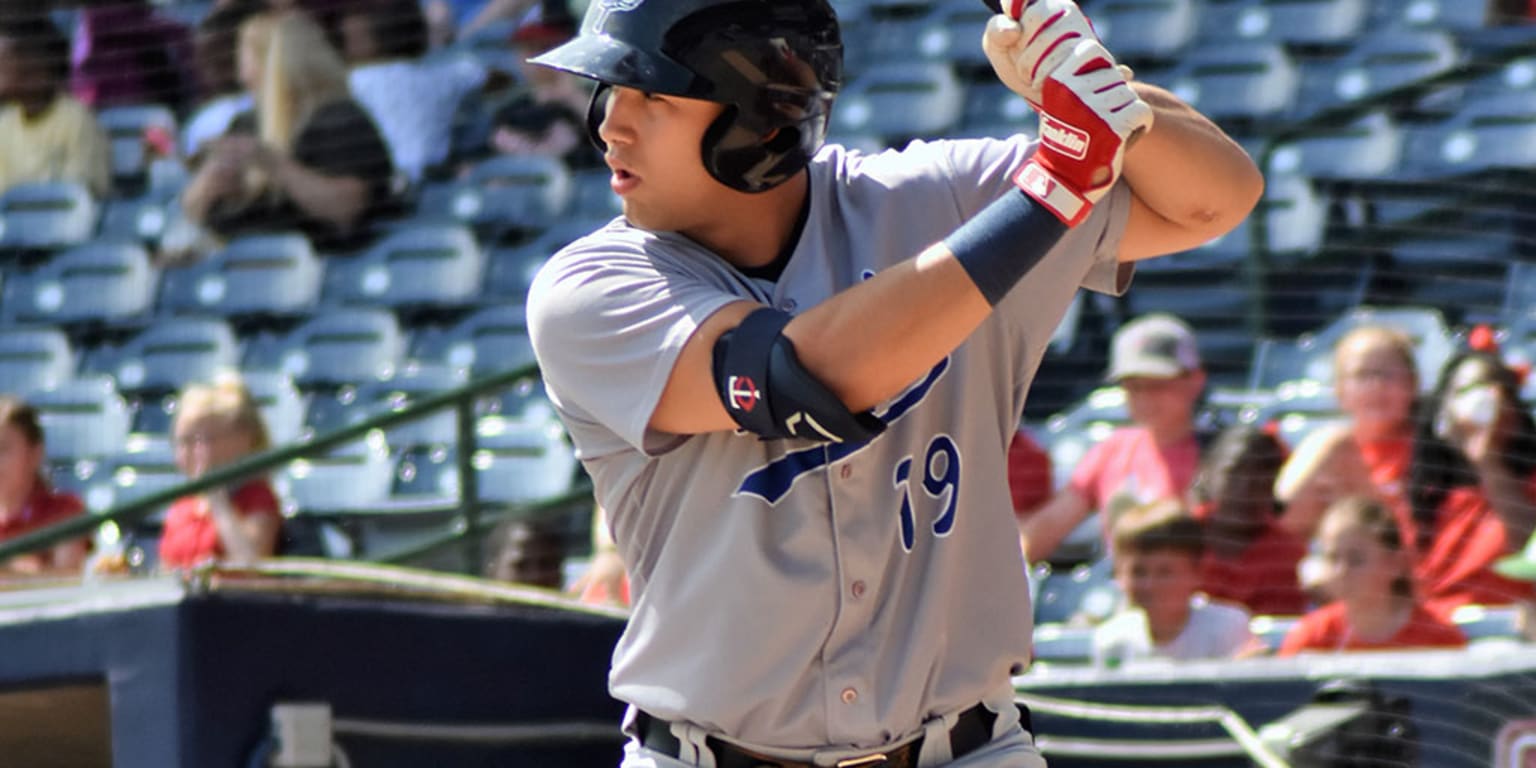 Wrist problems held Alex Kirilloff back from showing much power in 2019. On Friday afternoon, the left-handed slugger showed what he’s capable of when he’s closer to full strength.MLB.com’s No. 32 overall prospect clubbed his first homer of the spring and finished 2-for-2 with two RBIs and two runs scored

Wrist problems held Alex Kirilloff back from showing much power in 2019. On Friday afternoon, the left-handed slugger showed what he’s capable of when he’s closer to full strength.
MLB.com’s No. 32 overall prospect clubbed his first homer of the spring and finished 2-for-2 with two RBIs and two runs scored in the Twins’ 4-1 win over the Red Sox at CenturyLink Sports Complex in Fort Myers.

Kirilloff entered Friday’s contest as a defensive replacement for Max Kepler in right field in the sixth and singled in the bottom half of the frame. He made his presence felt more powerfully an inning later by taking Red Sox right-handed reliever Robinson Leyer deep to right center for a two-run shot. He is now 3-for-4 to open his time in Grapefruit League play as a Minnesota non-roster invitee.
No. 25 Twins prospect Jorge Alcala struck out one and allowed one hit in a scoreless seventh inning to preserve the lead.
No. 21 Marcus Wilson and No. 30 Jonathan Arauz both picked up singles for the Red Sox in a losing effort.
Rays 8, Nationals 1
Top overall prospect Wander Franco got his first Grapefruit League start and finished 1-for-4 with a run scored and a strikeout from the top spot of the Tampa Bay lineup. The lone hit came on a single the other way to left-center in the sixth inning before the switch-hitting shortstop, who turns 19 on Sunday, was lifted for a defensive replacement in the bottom half of the frame. No. 3 Rays prospect Vidal Brujan added a double and two RBIs as the starting second baseman while No. 17 Randy Arozarena singled and walked twice. Top Nats prospect Carter Kieboom walked and struck out twice after getting the start at the hot corner for the losing home side. Box score
Mets 3, Cardinals 2
No. 84 overall prospect Andrés Giménez went deep in the eighth inning to not only give himself his first homer of the spring but also break a 2-2 tie at Clover Park. No. 47 overall prospect Nolan Gorman finished 0-for-4 with a punchout in the loss. Box score
Yankees 5, Braves (ss) 3
Estevan Florial, New York’s No. 6 prospect, drilled a two-run homer in the seventh inning to give the visitors a 3-2 lead. Right-hander Alexander Vizcaino (No. 7) struck out Sean Kazmar and Greyson Jenista before getting CJ Alexander to ground out for a 1-2-3 eighth. Nick Nelson (No. 16) was also strong from the mound, fanning one in two one-hit frames. Braves No. 18 prospect Trey Harris capped the scoring with a solo shot to left-center field. Box score
Astros 6, Marlins 4
With his team down to their final out, No. 80 overall prospect Jesus Sanchez slugged a two-run homer to right for Miami. Featuring plus-power, the left-handed hitter clubbed 13 homers last season between Double-A and Triple-A. Box score
Blue Jays 5, Tigers 4
Fourth-ranked Blue Jays prospect Anthony Kay started and allowed two hits in two scoreless innings, walking one and striking out three. MLB.com’s No. 7 prospect Casey Mize struck out two in a perfect eighth inning out of the bullpen. Preceding Mize’s appearance, ninth-ranked Tigers prospect Alex Faedo allowed one hit and struck out one in a scoreless seventh. No. 21 prospect Rony Garcia allowed one hit in a scoreless fifth frame. No. 17 Kody Clemens reached base on a single and a walk, while 11th-ranked Willi Castro went 1-for-2 with a single. Box score
Phillies 6, Braves (ss) 5
Braves No. 6 prospect Bryse Wilson started and allowed one hit over 2 2/3 scoreless innings, walking one and striking out two. No. 16 prospect Thomas Burrows relieved Wilson and walked two with two strikeouts over 1 1/3 hitless frames. No. 28 prospect Jefrey Ramos singled and scored during Atlanta’s three-run rally in the ninth. Phillies top-ranked prospect Alec Bohm singled in both of his plate appearances to raise his spring average to .583. No. 10 prospect JoJo Romero allowed two hits and struck out two in a scoreless seventh. Romero was followed by 15th-ranked Mauricio Llovera, who struck out one in a perfect eighth. Box score
Orioles 11, Pirates 4
Orioles No. 4 prospect Ryan Mountcastle went 2-for-3 with an RBI double to center in the first inning to raise his spring batting average to .438. No. 21 prospect Brandon Bailey started and walked two in two hitless innings without striking out a batter. Eighth-ranked Dean Kremer allowed one hit and walked two with two strikeouts over two scoreless frames out of the bullpen. No. 28 Dillon Tate finished the game by allowing one hit and striking out one in a scoreless ninth. Pirates No. 30 prospect Blake Cederlind walked one and struck out two while recording the final two outs of the fourth inning. Box score