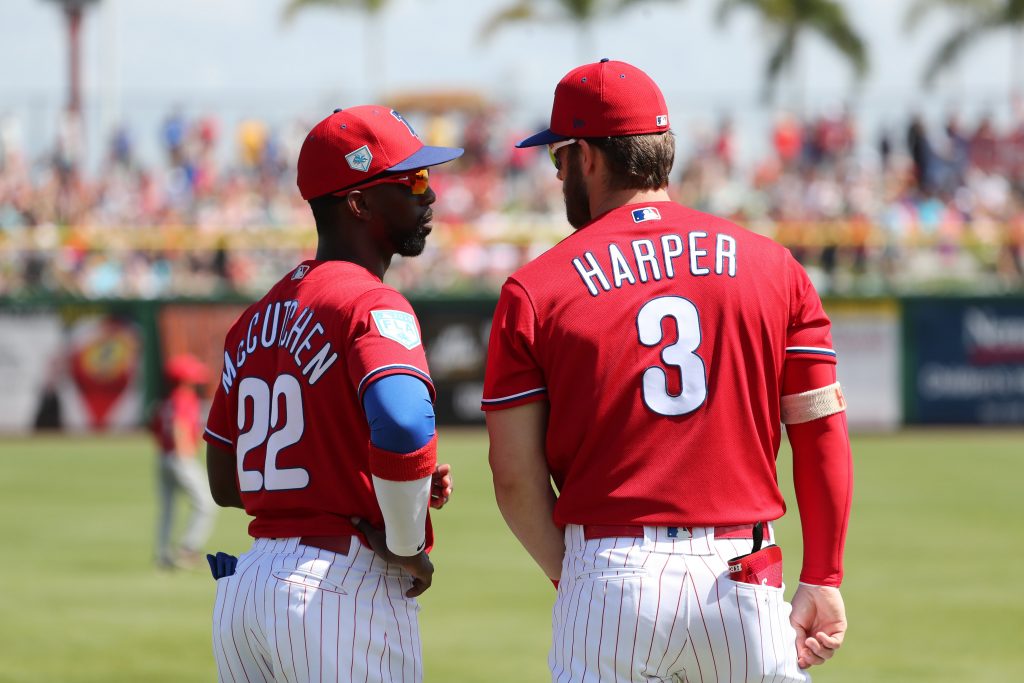 Phillies outfielder Andrew McCutchen will open the 2020 campaign on the injured list, manager Joe Girardi told reporters including Matt Gelb of The Athletic (via Twitter). McCutchen has been working back to health from a torn ACL.

This is certainly not the outcome the Phils hoped for. But there’s no indication that there’s cause for particular concern, either. McCutchen is obviously being handled with some care given that he’s returning from such a significant injury.

The timeline will surely be dictated by the progress Cutch is able to make over the coming weeks. But Girardi says the expectation is that the long-time star will be ready to join the club at some point in April, so the team obviously doesn’t anticipate an especially lengthy absence.

With McCutchen sidelined, the Phillies will presumably turn over additional opportunities to a rotating cast of others. Veteran Jay Bruce seems likely to see most of the action against righties, with switch-hitter Roman Quinn and right-handed-hitting utilityman Josh Harrison among the leading candidates to share time.

The additional roster spot increases the chances for all of the club’s many non-roster invitees. If Harrison makes the club and is slated for outfield duties, then there’ll be a bigger opening for infielder challengers such as Neil Walker, Logan Forsythe, T.J. Rivera, Phil Gosselin, and Ronald Torreyes. Or the team could help fill in for Cutch by turning to a right-handed-hitting outfielder such as Matt Szczur or Mikie Mahtook.