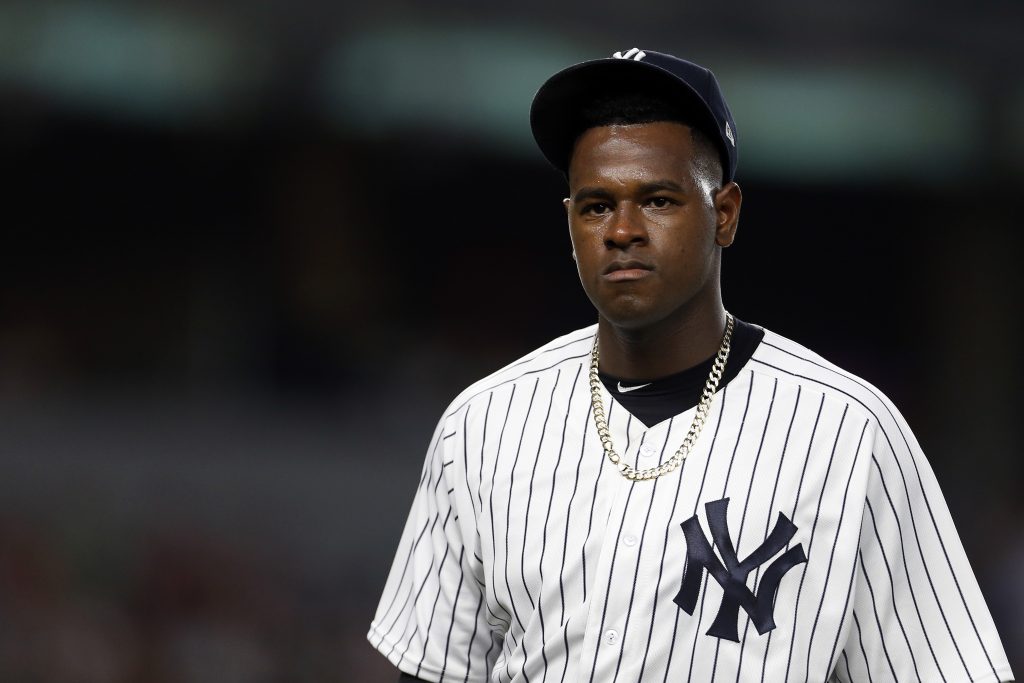 This is the second hit to a rotation that was enhanced over the winter through the addition of Gerrit Cole. The club is also facing uncertainty regarding southpaw James Paxton, who underwent back surgery and is expected to be sidelined until at least early May.

With Severino down for the season and Paxton set to miss several weeks of the 2020 campaign, at minimum, an imposing Yankees rotation now looks more mortal. Cole, of course, is still a bona fide ace, but the top options behind him are now Masahiro Tanaka and J.A. Happ. Both veterans have been durable sources of innings in recent seasons, and Tanaka in particular has been a consistent producer.

Beyond that trio, the Yankees will turn to a host of incumbent options — including Jordan Montgomery, Jonathan Loaisiga, Luis Cessa, Mike King and Deivi Garcia. Veteran righties Chad Bettis and Nick Tropeano are both in camp as non-roster invitees as well.

This’ll be the second consecutive lost season for Severino, who totaled a mere 20 innings between the regular season and the playoffs. Shoulder and lat injuries held the 26-year-old down last year from spring through September. That slate of injuries has combined to wipe out nearly all of the first two years that were covered under the four-year, $40MM extension Severino signed just one year and 10 days ago. He’ll be paid $10.5MM in 2020 while rehabbing on the 60-day injured list, and he’s set to earn salaries of $10.75MM in 2021 and $11.5MM in 2022. The Yankees also hold a $15MM club option (with a $2.75MM buyout) for the 2023 season.