Ed and Donna Kelce have slightly different versions of the epic fight between their sons Jason and Travis — the one that resulted in a shattered casserole dish and a shift in the dynamic between the highly competitive brothers.

Both agree it carried over from the basketball court to the kitchen. Jason, a center for the Philadelphia Eagles, was a 6-foot-3 senior in high school in 2006-07. Travis, a tight end for the Kansas City Chiefs, was a sophomore who had finally grown taller than his big brother, sprouting to 6-5. Travis got the better of Jason that day — at last. Ed recalls Travis rubbing it in until Jason snapped, while Donna believes Jason raised Travis’ ire by cheating on the court to maintain the upper hand.

No one disputes what happened next.

“They started fighting,” Donna said, “and [Travis] literally drove [Jason] into the floor in the kitchen, and the stove bounced off of the brackets.”

“I’ve got a casserole on the stove, dinner for the two of them. Couldn’t get them moving. Of course, I’m concerned about sharp corners on cabinets, heads cracking on that,” Ed said. “They’re tangled up, so I just grabbed them together, and just go down, and they fall down on top of me. I screamed, ‘Oh my god, my back!’ There was nothing wrong with me, it just hit me: What a great idea. Let’s change the whole dynamic here. And so now everybody’s worried about Dad. They’re not blaming each other, they’re trying to help me up, get me to a chair. And a few minutes later I managed to get up gingerly, walk around. It wasn’t for another half hour, when the casserole was supposed to be done, that I opened the stove and I said, ‘You’re getting pizza again tonight!'”

“I think that’s when both of them finally realized they were equals and that they couldn’t do this anymore,” Donna said. “That was the end of it. No one picked a fight with the other one after that. It was over.”

The years since have brought incredible success for the Kelce brothers. Jason is an All-Pro who has quietly built a compelling case for Hall of Fame consideration over his nine-year career. Travis, an All-Pro for the Super Bowl-winning Chiefs, is arguably the best tight end in the NFL.

They know how to dominate a parade as well. Jason’s emotional “Underdog” speech, delivered in a glistening green Mummers outfit from the “Rocky” steps in celebration of Philadelphia’s first Super Bowl victory after the 2017 season, became instant legend.

Travis stole the show this month at the Chiefs’ parade. Wearing a fur jacket and a WWE championship belt, he channeled his inner Ric Flair (Wooo!) and shot energy into the crowd with freelancing thoughts on Chiefs coach Andy Reid, supporting the troops and one’s God-given right to parrrrrrrrrty.

Even while at the pinnacle of his profession, the desire for Travis to live up to big brother’s feats didn’t fade.

“As far as going out and trying to do something comparable to Jason, [Travis] and I had a talk about that the night before,” Ed said. “We were talking for a while about it. And I said, ‘You can’t make this … This is not the time you compare yourself to your brother. You’ve got to go out there from the heart, what you feel.’ And he did.”

According to their parents, the parade speeches each turned out to be pitch perfect in the way they reflected the unique styles, experiences and character traits of Jason and Travis, developed on a shared journey from Cleveland Heights, Ohio, to the Super Bowl stage.

The athletic gifts of Jason and Travis were evident from a young age. Travis was walking by 10 months, according to Donna, a bank executive who excelled at track and field in her youth. Her brother played defensive tackle at Purdue, and her dad also played football, at Ohio University.

“I would probably give it up and say athletic talent comes more from her side of the family,” said Ed, a manufacturer’s rep who played football in high school and rugby after that.

The Kelce parents would sign up Jason and Travis for any sport they could — one, because the kids couldn’t get enough of it, and two, because it was a way to burn all that crazy energy the boys were constantly filled with. The trophies started piling up, and it was then that Ed picked up on a difference in their personalities: Travis needed his trophies to be perfectly arranged in his room, while Jason’s were stashed in a box somewhere.

Travis’ flair for presentation — and Jason’s disregard of it — was not limited to their trophies.

“[Travis] was always a lot more concerned how he looked going to school,” Ed said. “Jason, you’d have to tell him, ‘You can’t wear that. It’s got pizza sauce from last night on it.’ Travis would ask you to iron his jeans. There was always that thing about looking good.”

“His clothes, how he was put together, it was very important to [Travis],” Donna said. “His image was very important to him and how other people looked at him and felt about him. Jason is pretty much the type of guy where it’s like you either like me or you don’t, and this is the way I am and I’m not changing. That’s about the only difference between the two of them. What they care about and what they value in life I think is basically the same. It’s just one has a little bit more need to be put together physically and the other one needs to be accepted for who he is.”

The only thing that shocked Donna about Jason on parade day was the outfit he wore, because, she says, “I’ve never seen him dress in anything else but a T-shirt and sweatpants.”

Well, there was that one time when Jason was a freshman in high school and took a challenge from his hockey team to the extreme. The seniors on the team were putting together a video blog to document their final year at Cleveland Heights High School, and they persuaded Jason to jump into a trash can in the school cafeteria for the good of the project.

“He came home and he said, ‘Mom, I need my flippers, I need my goggles, I need my snorkel, and I need a pair of swimming trunks and a pair of breakaway pants.’ And I said, ‘What the heck are you doing?'” said Donna with a laugh.

“At lunch, he put the goggles on, put the snorkel in his mouth, ripped away his pants, was standing on a desk and jumped into the trash can. He got in trouble for that one. The vice principal was laughing hysterically when he called me, but he said, ‘I’m going to have to give your son some detention because he was disruptive and people could hear the laughter on the third floor of the school.’ He liked getting a rise and attention out of people, for sure, from a very young age.”

Before the Mummers version of Jason Kelce, there was scuba Kelce, diving into a cafeteria trash can at his HS teammates’ urging. pic.twitter.com/mMFjZ0784p

Suspensions were not foreign territory for Jason. According to Ed, he was suspended at least one time every year during elementary school for fighting. Travis got into his fair share of fights, too, but was often able to smooth-talk his way out of discipline, which ticked Jason off to no end. One of Travis’ dust-ups came on the same day his class received Cleveland Cavaliers tickets for winning a community project. As far as the fight was concerned, the principal agreed to an unofficial one-day suspension after consulting with Ed, deciding to call it a “day off” so he could think about his actions.

“Travis comes home that night, and Jason knows he’s been in a fight,” Ed said. “At dinner, Jason announces, ‘Travis got into a fight today!’ And Travis goes, ‘Yeah, I got a day off and two tickets to a Cavs game.’ I thought Jason’s head was going to explode. He was ready to march right down the street back to school.”

It was a little tougher sledding on the athletic front for Jason, too. The skeptics outweighed the believers when it came to his ability to succeed in football at the collegiate level. With no scholarship offers, he was forced to walk on at Cincinnati, where he eventually converted from linebacker to offensive line and earned his place, block by block. Travis’ talents bubbled over. He was a standout basketball player and a star quarterback in high school. He had multiple scholarship offers to play football, ultimately joining Jason at Cincinnati.

Donna said Jason, having been constantly counted out, had probably been preparing his “Underdogs” parade speech for decades.

“That’s kind of their personalities. Jason is more pensive, more thoughtful, and he plans things a little more,” said Donna. “And Travis is, I’m going to enjoy this moment the best I can, and he’s kind of life by the seat of his pants sometimes.”

Ed spoke of constant competition between the boys growing up, with Travis striving to rise to Jason’s level and Jason trying hard to maintain the natural order of things. The only time that would switch was when a third party was involved, in which case the brothers would team up to take down a common opponent.

In February, that common opponent was the San Francisco 49ers.

The night before Super Bowl LIV, the Kelce family had dinner together at the J.W. Marriott in Miami, where the Chiefs were staying. Between dinner and dessert, the larger table conversation broke into smaller, separate conversations. Jason and Travis began talking as Ed listened in intently.

“It starts with a conversation about San Francisco’s defense and it kind of morphs into the differences in the game, the long freaking halftime that I guess all these guys hate and other things that are unique about the game,” Ed said. “And it kind of morphs into a big brother/little brother advice type of thing, where Jason just said, ‘Well, first of all, you have to forget the whole idea that this is the Super Bowl when you’re playing. Put that aside. You don’t have any brand-new ideas, you don’t change what you do because you’re in the Super Bowl. Don’t try to do anything different or special. Rely on your teammates as you always have. Work with the guys. Do what you did to get here.’ 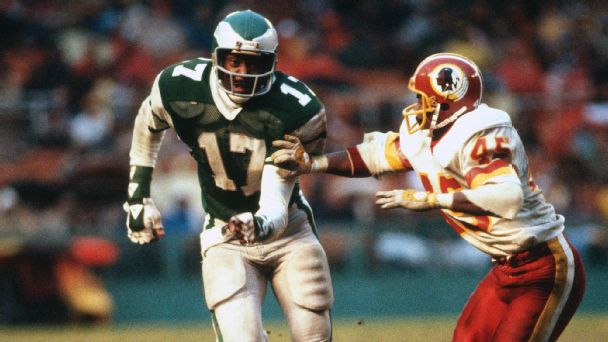 “And I’m sitting here and I’m thinking, ‘This is so fricking cool. I’ve got my two kids talking about Super Bowl experiences, and the older boy telling the younger boy how to deal with this and be the best you can be out there.’ A lot of people on this patio have got no clue as to what I’m listening to right there. That was just a really special moment to me.”

When the festivities in Miami were over, Donna flew back home, just as she had when Jason and the Eagles beat the New England Patriots to win it all in 2017. The way she sees it, the parades are a special time to be shared between the players and the fans.

But like many of us, she was fully entertained as her sons popped up on the television screen in fur coats and Mummers outfits alike, as was Ed, though he could have done without all the F-bombs.

“I laughed. They always make me laugh. They always have,” Donna said. “They’re just pure joy. They have a zest for life. They live it to its fullest, no holds barred.”