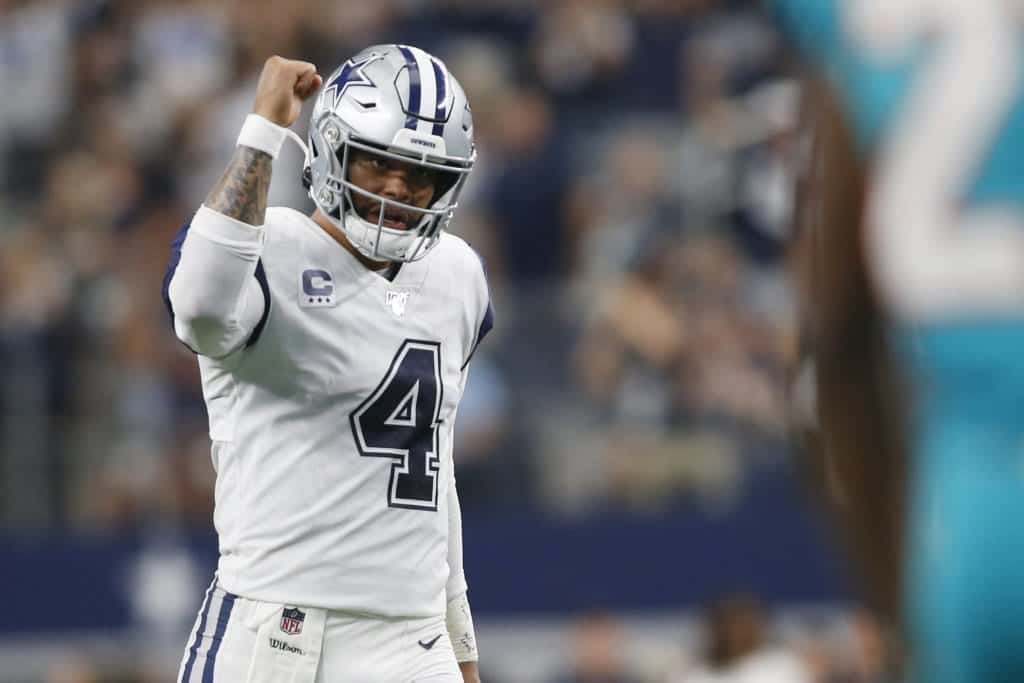 The Dallas Cowboys entered the 2019 season with high expectations after making a run in the playoffs the year prior. Unfortunately, the season was mired with controversy and poor decisions. When they narrowly missed the playoffs, the franchise decided to part ways with longtime head coach Jason Garrett and hired Mike McCarthy. McCarthy was previously the head coach of the Green Bay Packers and was let go two years ago before taking a season off. The direction the team will take in this year’s draft will largely depend on how McCarthy wants to move forward and the holes that he feels the team has. Keeping that in mind, I looked at how McCarthy has selected in the past when putting together this Cowboys 7-round mock draft.

The reality is Dallas has three glaring weaknesses: wide receiver, tight end, and safety. However, before the team can address those needs there are a number of questions that need to be answered. Quarterback Dak Prescott, wide receiver Amari Cooper and cornerback Byron Jones are all awaiting new contracts. Being able to sign both Cooper and Prescott is unlikely after the contract the team gave running back Ezekiel Elliott. One element that will determine the direction of the draft will be Prescott and the franchise tag. If the team can get a long term deal done with Prescott, they could instead use their franchise tag on someone like Cooper or Jones. That would drastically change their 2020 plans.

The Cowboys have the fifth-most cap space in the NFL coming into 2020, but Prescott will command a good amount of that. There will also be some costly veterans that will need to be considered by the team. Defensive end Robert Quinn, wide receiver Randall Cobb, defensive end Michael Bennett, and others are expected to hit free agency. On top of that, tight end Jason Witten, who is turning 38 years old, will likely retire again.

“I can tell you this – a source close to the team told me, ‘Jerry wants to make a big splash in the draft.’ That leads me to believe Jones could look to trade up from the 17th overall pick.” said Tony.

It is possible that the team makes a move in the first round, but until we know more, let’s look at this mock draft with Dallas starting at 17.

Want to be your favorite team’s general manager? Be sure to check out FanSpeak’s On the Clock Draft Simulator. Post your mock draft on Twitter and tag us @PFN365.

As mentioned above, the Cowboys could be entering 2020 without a true WR1 thanks to the potential loss of Cooper, and a hole in the slot with the loss of Cobb. At pick 17, there is one player who could help alleviate some of what Dallas will be losing this offseason, Laviska Shenault. Taking Shenault means that the Cowboys will be selecting a WR in the first round for the first time since 2010 when they selected Dez Bryant.

In only nine games in 2018, Shenault had 86 receptions for 1,011 yards and six touchdowns. He also added five rushing touchdowns as well. However, he took a step back in 2019, only catching 56 passes for 764 yards and four scores, while also adding only two rushing TDs in 11 games. Although his stats fell off a bit this past season, a lot of that had to do with injury and how Colorado decided to use him.

Pro Football Network Senior Draft Analyst Brad Kelly recently did an expose focusing on Shenault and his potential. One key point to keep in mind when looking at Shenault is his versatility.

“Shenault didn’t align at just one position. Instead, he took reps as a boundary receiver, slot receiver, H-back, running back and “Wildcat” quarterback” wrote Kelly.

With all that the Cowboys could lose in the offseason, getting a versatile receiver who could play in multiple spots would definitely help. Shenault has quickness and shows a second gear when he gets into the open field. He is not a speedy receiver like Tyreek Hill, but is instead tough and can create plays when breaking off tackles.

When he catches the ball, Schenault will make someone miss and will always be a threat to score. He is strong and uses that strength to create opportunities. With the recent success that Deebo Samuel had in the NFL playoffs, a player like Shenault, who can play out of the backfield as well as in the slot, has become a hot commodity. In the Super Bowl, Samuel actually set the record for the most rushing yards by a wide receiver with 53 yards on three carries.

With receivers like CeeDee Lamb and Jerry Jeudy being selected before the Cowboys are on the clock, I was able to focus on the next best option. If the Cowboys do make a splash and move up, then Lamb or Jeudy could likely be their target. However, Shenault will only help this explosive Cowboys’ offense. There are always concerns with a player like Shenault. A lot of his production was from simple, quick gadget plays, and basic go routes. He also has a worrisome injury history. Nonetheless, the Cowboys and their new head coach will have a player that they can develop into a legitimate star in the first round.