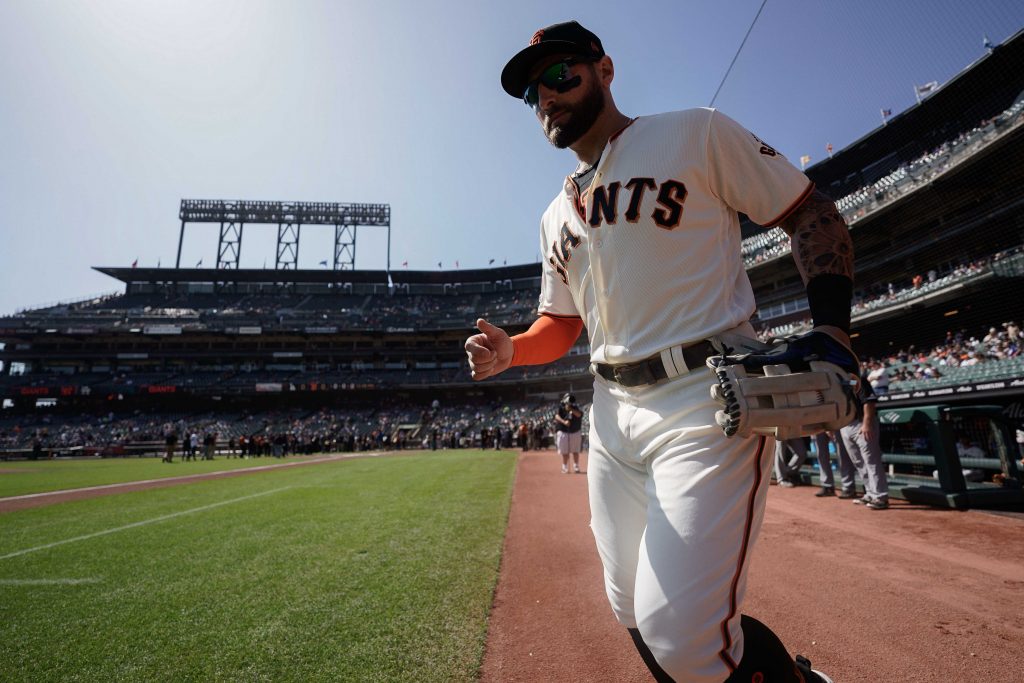 TODAY: Pillar and the Red Sox are in agreement on a one-year deal worth roughly $4MM, Alex Speier of the Boston Globe reports.  The deal will become official when Pillar passes a physical, which Speier says could happen this weekend.

Pillar, 31, was non-tendered by the Giants earlier in the winter after hitting .259/.287/.432 with a career-high 21 home runs in 2019. He’d been projected by MLBTR contributor Matt Swartz to earn $9.7MM in arbitration. Pillar also swiped 14 bags — his fifth straight season with at least that many — and struck out in just 13.8 percent of his plate appearances. However, the longtime Blue Jays center fielder also only walked at a 2.8 percent clip — a career low — and the resulting .287 on-base percentage was one of the worst marks of any qualified MLB hitter.

Defensively, he played a roughly average center field by measure of metrics like Defensive Runs Saved, Ultimate Zone Rating and Outs Above Average. That’s a step back from the days when he graded out as one of MLB’s premier defensive players, but Pillar is still at least a serviceable option in center and likely an above-average glove in the corners.

Following the trade of Mookie Betts, the Red Sox had an all-left-handed-hitting outfield comprised of Andrew Benintendi, Jackie Bradley Jr. and newly acquired Alex Verdugo. Pillar will give them a right-handed hitting complement to that bunch as well as insurance against an injury (or perhaps an eventual trade of Bradley) at any of the three positions. He’s a career .281/.313/.453 hitter against southpaws, so while he’s not exactly a lefty masher, he’s still a bit above average in those situations.

Dumping the salaries of Betts and David Price (well, half of his deal) in the Dodgers trade dropped the Red Sox south of the $208MM luxury tax threshold by a bit less than $10MM. They should be able to bring Pillar aboard while maintaining ownership’s preference to remain south of that cutoff.