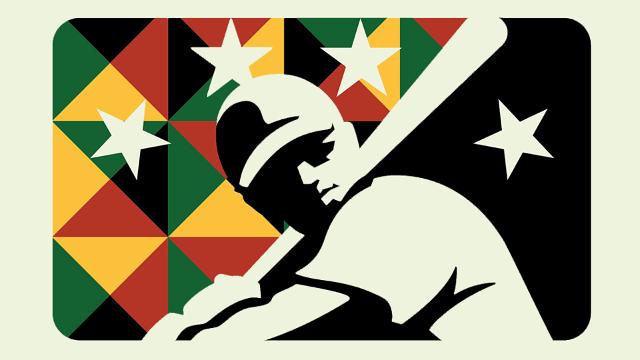 ST. PETERSBURG, Fla. — Minor League Baseball™ (MiLB™) today announced its participation in the national celebration commemorating the 100th anniversary of Negro Leagues baseball. In a joint effort between MiLB, the Negro Leagues Baseball Museum (NLBM) and the Josh Gibson Foundation, MiLB will celebrate the impact of the Negro Leagues on the game of baseball and its contributions to society. The NLBM is spearheading the nationwide celebration, which begins today, and MiLB will support the celebration with activities extending into its ballparks and communities through fan engagement efforts.

The goal of the partnership is to celebrate the contributions of African Americans to the sport’s history, while engaging today’s diverse fan base. The affiliation will extend beyond the 2020 season, as MiLB, the Negro Leagues Baseball Museum and the Josh Gibson Foundation look to extend their reach to fans nationwide.

The Negro National League was founded on Feb. 13, 1920, in Kansas City, Missouri, by Baseball Hall of Famer Andrew “Rube” Foster and his fellow team owners. The Negro National League and others like it operated for 40-plus years and gave black athletes and fans an outlet to safely play and watch baseball in a time of segregation, while creating countless opportunities for black-owned businesses.

“Without the history and impact of the Negro Leagues, our game and our society would not be where it is today,” said Belicia Montgomery, MiLB’s director of diversity and inclusion. “From Jackie Robinson to Satchel Paige to Buck O’Neil, several of baseball’s most iconic players began their professional careers in the Negro Leagues and helped break down barriers. It’s important for us to recognize the significance that sports, and baseball specifically, played in the civil rights movement, and to not allow history to be forgotten.”

“The 100th anniversary of the birth of the Negro Leagues is one of the most significant occurrences not only in baseball history, but American history,” added Bob Kendrick, president of the Negro Leagues Baseball Museum. “Our partnership will introduce, and hopefully enlighten, fans to America’s unsung heroes who overcame tremendous social adversity to play baseball.”

As part of its celebration of Black History Month and the 100th Anniversary of the Negro Leagues, Minor League Baseball has unveiled an alternate version of its logo to honor both events. MiLB’s prospect logo will consist of a design and color scheme intended to represent Black History Month and pay homage to African history and ancestry. The batterman icon within the logo is depicted in cream, a color often used in historic Negro Leagues team logos.

In addition to celebrating the Negro Leagues Centennial, MiLB is partnering with the NLBM and the Josh Gibson Foundation to facilitate educational tours, fundraisers, traveling exhibits and player appearances throughout MiLB ballparks this season.

“This partnership will allow us to educate Americans everywhere on some of the greatest players and the sacrifices they endured for the love of the game,” said Sean Gibson, the Josh Gibson Foundation’s executive director.

About the Negro Leagues Baseball Museum
The NLBM, located in Kansas City, Missouri’s historic 18th & Vine District, is the world’s only museum dedicated to preserving and celebrating the rich history of African American baseball and its impact on the social advancement of America. The NLBM is a privately funded, 501c3 not-for-profit organization incorporated in 1990. The NLBM operates two blocks from the Paseo YMCA where the Negro National League was founded by Andrew “Rube” Foster in 1920. The site has been designated as the future home of the John “Buck” O’Neil Education and Research Center. For additional information, visit www.nlbm.com or call (816) 221-1920.