ALAMEDA, Calif. — A dual twinge of nostalgia and, well, disappointment was in the air as former Raiders quarterback and coach Tom Flores played host to a small Super Bowl party at his home in the Palm Desert, California, area Feb. 2.

After all, Flores was pulling for one of his former teams in the Kansas City Chiefs — “Hey, I won my first ring with them,” he said, referencing his time on the Chiefs’ Super Bowl IV title team — and he was still “kind of disgusted” by the manner in which he was snubbed, again, by the Pro Football Hall of Fame.

Especially since Flores had been in Miami that week and was presented with the Hispanic Lifetime Achievement Award in the Salute to Hispanics in Sports and Entertainment ceremony. Others honored that day included musician and producer Emilio Estefan (Most Influential Hispanic of the Decade) and New York Yankees closer Aroldis Chapman (Hispanic Athlete of the Year).

Because Flores, who turns 83 on March 21, said he was told by Hall president David Baker that he would be “almost a shoo-in” on the new Blue Ribbon committee that earmarked spots for two coaches. After being a finalist in regular ballot voting in 2019, Flores had accepted the invitation thinking he already would be in South Florida being presented as a Hall of Famer as part of the league’s special 20-man Centennial Class.

Instead, Flores, along with legions of supporters, watched in disbelief and dismay three weeks prior to the Super Bowl, as first Bill Cowher — “I turned to my wife and said, ‘I’m bounced, I’m out,'” Flores recalled — and then Jimmy Johnson were welcomed to Canton, Ohio, by Baker on their respective CBS and Fox pregame shows in made-for-TV moments.

How does a guy who not only won two rings as the first minority head coach to win a Super Bowl but was a finalist the year before on the much-tougher-to-crack regular ballot get leapfrogged by not one but two guys who were never really in the national conversation?

In speaking with multiple sources with knowledge of what occurred in the room where the 25-member Blue Ribbon committee made its secret-ballot selections on Jan. 8, a few factors were at play.

For one, the makeup of the special committee sapped momentum Flores had a year earlier because only 13 of the 25 panel members were regular Hall selectors. The other 12 were an assortment of coaches, executives and Hall of Famers such as Bill Belichick, Dick LeBeau, Ozzie Newsome, Carl Peterson and Bill Polian.

“There was a different dynamic in that room,” one source said, talking about the 12 newcomers having little to no context of previous discussions. Also, another source said when the finalists were whittled down from 15 to 10 in 2019, selectors were told that a special category for coaches would be set up in 2020, the inference being that cutting Flores and Don Coryell at that stage would be easier to digest since they would be up for consideration a year later. 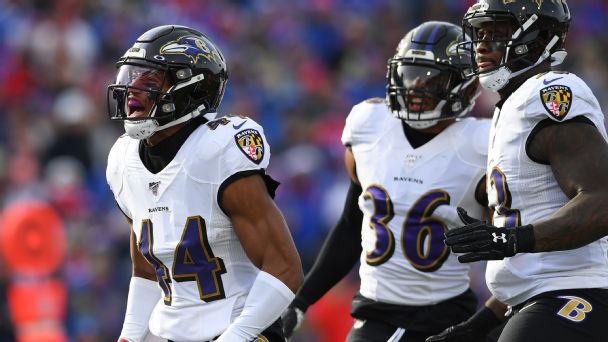 For another, Flores, on the coaches ballot, and the late Cliff Branch, on the seniors ballot, had issues with their representation when their names came up for discussion.

Frank Cooney of the Sports Xchange, who reps the Raiders when they have finalists, was ill and unable to make the trip to Canton for the meeting. While Branch’s case was taken up by former Raiders executive Ron Wolf, a Hall of Famer in his own right, Flores was represented by former ESPN NFL Insider John Clayton, a huge advocate of Flores who also, as luck would have it, presented both Coryell and Cowher.

Raiders Hall of Fame coach John Madden, a member of the Blue Ribbon panel, did not fly to Canton, either. Rather, he listened in on a conference call (as did Cooney) and, sources said, had trouble with his phone connection and did not weigh in much, if at all, for Flores or Branch.

Lastly, and as strange as it might sound, the committee might be suffering from what a source said was “Raider fatigue,” with Ray Guy, Wolf, Tim Brown and Ken Stabler all gaining induction since 2014, and Charles Woodson eligible next year.

“I don’t know,” Flores said. “It happened. What can I do about it? I don’t have a choice. My fans are still my fans — they’re still going to make a lot of noise. A lot of people are really pissed off about this whole thing. A lot of people are pissed off for other guys that didn’t make it, either. I can’t say I’m exclusive in that respect.”

True. Video of a visibly upset Drew Pearson at his own watch party went viral. And Raiders fans felt a double whammy with Branch also being passed over, despite career accolades and rings dwarfing those of Harold Carmichael, who got in.

Branch’s sister, Elaine Anderson, told ESPN.com she planned to have a joint Hall of Fame party for her late brother and Flores.

“Clifford loved Tom Flores and Tom Flores had been pushing Clifford’s name for the Hall of Fame,” Anderson said before the class was announced. “It saddens me that [Flores] was overlooked.”

A year after waiting as a Hall finalist in an Atlanta hotel room for a knock that never came, Flores was “hurt” by the lack of a phone call this time around. One that would have told him not this time, not this year. Instead, he watched on TV as Cowher and Johnson were feted, announcements that also stunned veteran selectors, sources said.

With the Centennial Class, seen as Flores’ best hope, done, Flores goes back into a system that pits coaches vs. players on a modern-era ballot where selectors usually side with a player. First-year eligibles next year include Woodson, Peyton Manning and Calvin Johnson.

But there might be hope on the horizon. As mentioned, the Hall is contemplating adding a separate category just for coaches this summer, as it did for seniors and contributors, according to a source.

“If it happens, it’s a matter of next year or a few years for Tom,” the source said, adding that Mike Holmgren might be Flores’ biggest competition going forward. “It’s inevitable.”

Until then, Flores, the first in league history to win Super Bowl rings as a player, an assistant and head coach (later joined by Hall of Famer Mike Ditka), is content to play host to small gatherings on Super Bowl Sunday.

Like he did on Feb. 2, while rocking a familiar red piece of clothing.