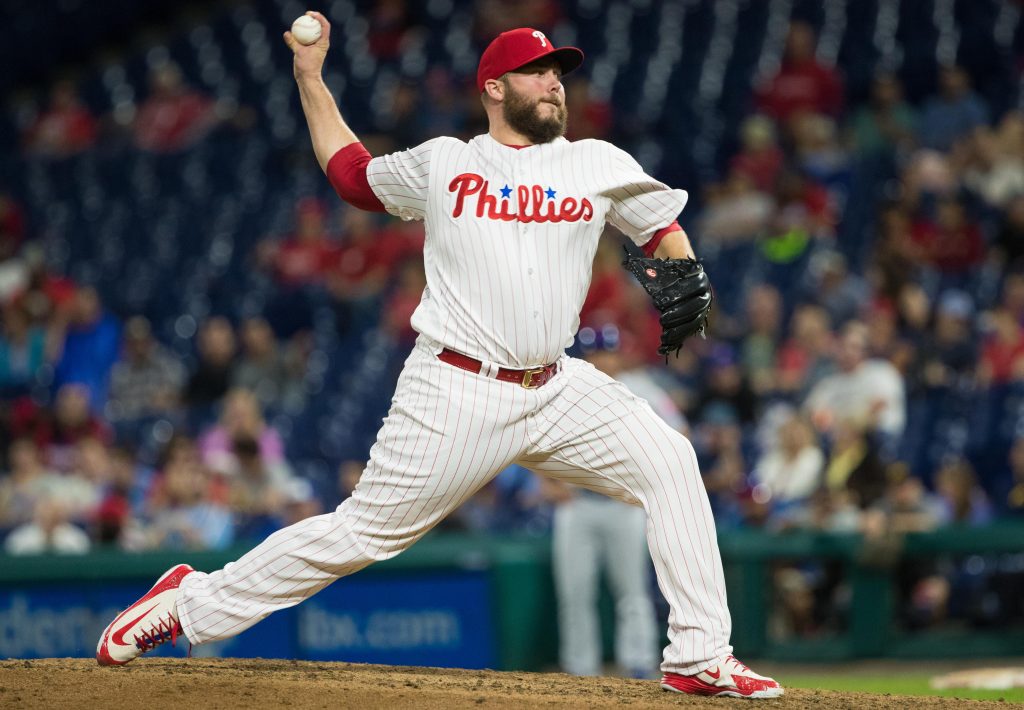 The Phillies have reached an agreement to sign free-agent right-hander Tommy Hunter, according to Todd Zolecki of MLB.com. There’s no indication yet whether it’s a Major League deal.

The 33-year-old Hunter is coming off a disappointing season in which he was limited to just 5 MLB appearances, thanks to a right forearm strain that forced him to make two stints on the 60-day injured list. In the 5 1/3 innings he was able to throw, he was effective and didn’t give up a run.

It would’ve been the second year of the two-year, $18MM deal Hunter earned prior to the 2018 season. In his only full season with the Phillies, he worked 64 innings and recorded a 3.80 ERA while striking out 51 batters. He took a step back from the impressive 2017 season that he rode into free agency, but was nonetheless a serviceable bullpen contributor.

We’ll see how quickly he can rebound from the forearm injury and return to form, but if and when that happens, there could be a spot on the Philly active roster waiting for him. The Philadelphia bullpen ranked in the bottom third of baseball last year, and while there haven’t been any major additions, Seranthony Dominguez should once again be ready to contribute after missing the majority of the 2018 season. Hunter, meanwhile, should have a chance to supplant Ranger Suarez or Deolis Guerra for a spot to round out the ’pen.