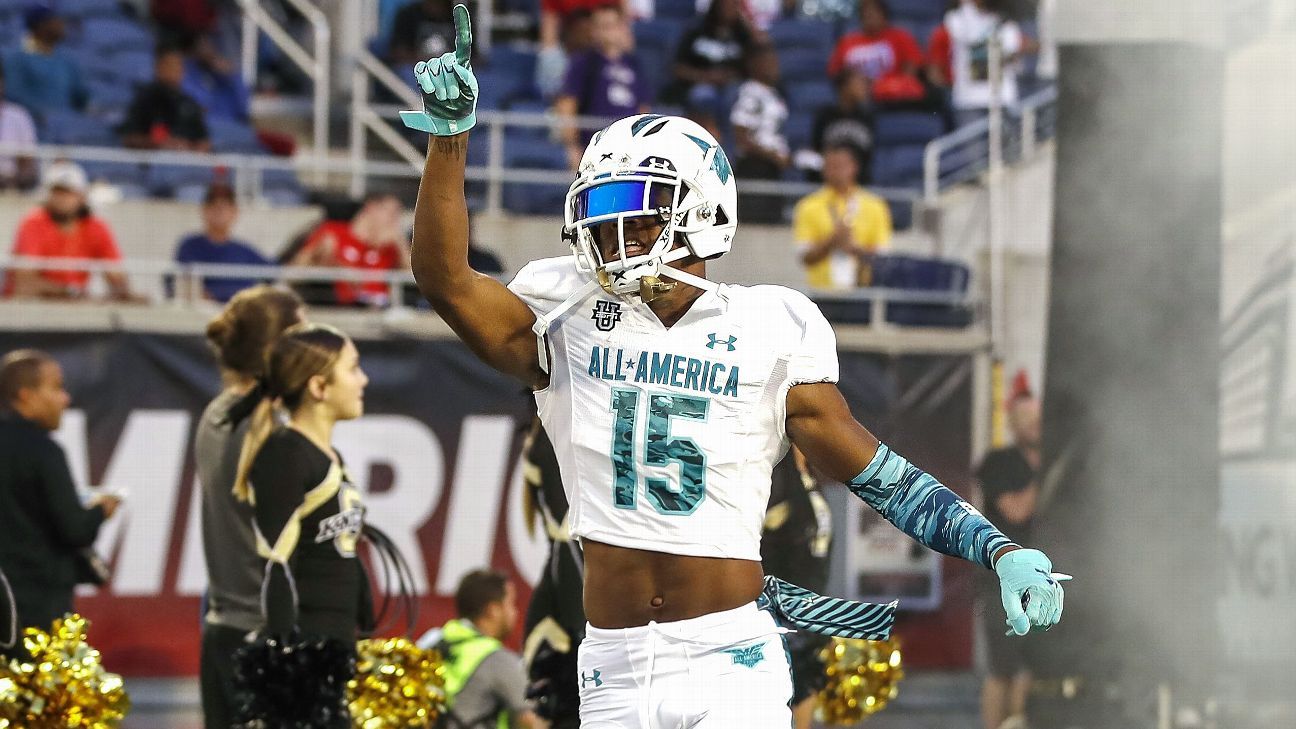 Wednesday is national signing day for the February signing period, the last time when high school recruits are able to sign their national letters of intent for the 2020 season, which locks them into the colleges of their choice.

In December, 265 of the ESPN 300 prospects signed with their respective schools, including top prospect Julian Fleming (Ohio State), No. 2 prospect Desmond Evans (North Carolina) and No. 3 prospect Bryan Bresee (Clemson).

Meanwhile, No. 4 prospect Jordan Burch committed to South Carolina but did not sign his national letter of intent. He is one of 17 recruits who committed to their schools but remain unsigned.

Eighteen prospects enter Wednesday uncommitted and unsigned, including No. 16 Zachary Evans and No. 52 Alfred Collins.

That will all change Wednesday. We will be updating you throughout the day with updated class rankings, news, analysis, highlights and more.

We’ll be updating our class rankings every hour, so stay tuned to see how the latest signings affect your team.

Georgia already had verbal commitments from two of the top offensive linemen in the country. Now, the pen has been put to paper.

Malachi Wideman, the No. 253-ranked prospect, flipped his commitment from Florida State and signed with Tennessee on Wednesday. A 6-foot-4, 185-pound wideout, Wideman becomes the eighth player in the ESPN 300 to sign with the Volunteers.

Avantae Williams, the top-ranked safety and 51st-ranked prospect overall, is headed to Miami. Williams, a 5-foot-11 safety with 4.72 40 speed, signed with the Hurricanes over Florida, with whom he visited in late January.

ESPN’s No. 1 safety in America is headed to Coral Gables.

WR Xzavier Henderson, the 73rd-ranked prospect overall and eighth-ranked wideout in the ESPN 300, officially became a Gator when he signed his national letter of intent Wednesday. Henderson, who announced his commitment in January, joins a receiving corps that also includes four-star WRs Jaquavion Fraziars and Marc Britt.

Three-star cornerback Ennis Rakestraw picked up a Texas hat … and placed it aside. Then he picked up an Alabama cap … and moved it to the other side. But after two dekes, the 6-foot, 170-pound cornerback out of Duncanville (Texas) High School picked up a Missouri hat, put it on his head and yelled, “Mizzou!” to announce his college decision Wednesday.