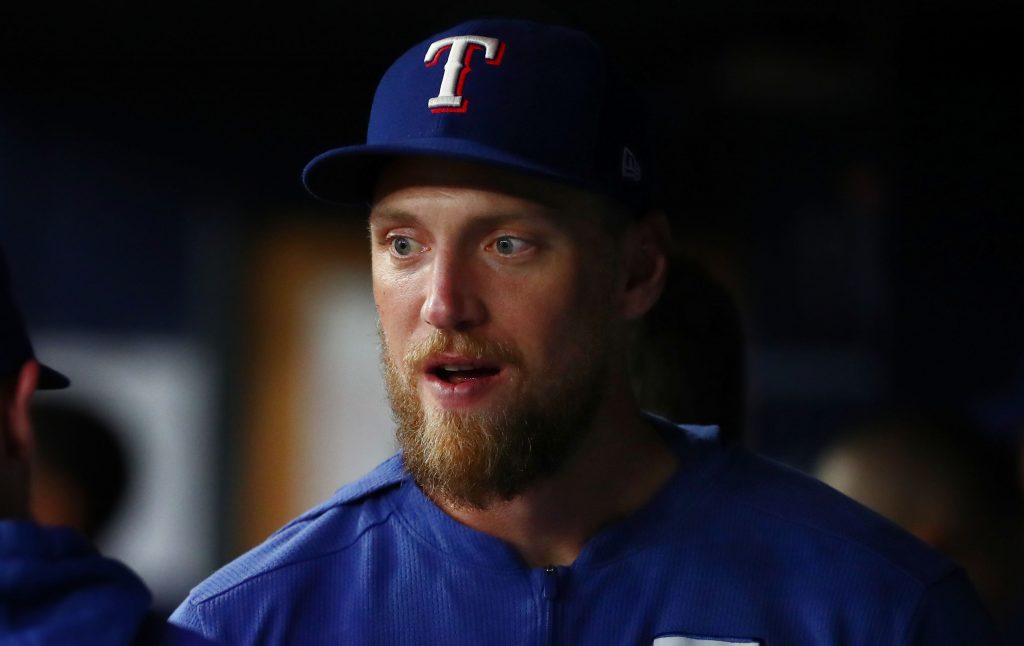 The Astros have made an offer to free-agent outfielder/designated hitter Hunter Pence, FOX 26’s Mark Berman reports (via Twitter). Pence said recently that he intends to continue playing in 2020 and has spoken to multiple clubs about a deal. The Giants are another rumored suitor for the affable 36-year-old.

Pence, 37 in April, was a finalist for American League Comeback Player of the Year honors in 2019 after he posted an outstanding .297/.358/.552 batting line with 18 home runs, 17 doubles, a triple and even six steals in 316 plate appearances with his hometown Rangers. Groin and back injuries limited him to about a half season’s worth of games, but Pence was unequivocally excellent when healthy enough to step into the Texas lineup.

Latching on with the Rangers would represent a different kind of homecoming for Pence, who was Houston’s second-round pick back in 2004 and spent the first seven-plus seasons of his professional career with the ’Stros. Pence made his MLB debut with Houston back in 2007 and finished third in Rookie of the Year voting behind Ryan Braun and Troy Tulowitzki (when Houston was still an NL club). He’s gone on to appear in four All-Star Games (including 2019) and win a pair of World Series titles as a member of the Giants.

Pence would surely be utilized in a part-time role in Houston, given the stacked nature of their lineup. But his right-handed bat would pair well with lefty-swinging outfield/DH options like Josh Reddick, Kyle Tucker, Michael Brantley and Yordan Alvarez. He’d provide some insurance against an injury to any of the club’s outfield starters and, of course, bring one of the game’s most unique and respected personalities to the Houston clubhouse on the heels of a tumultuous offseason.

Houston already projects to be in the second bracket of luxury tax penalization, so adding Pence would mean paying a 32 percent overage fee on any money guaranteed to him. But, as a soon-to-be 37-year-old coming off an injury-plagued season and looking at a part-time role in 2020, Pence shouldn’t come with a particularly burdensome price tag in the first place.