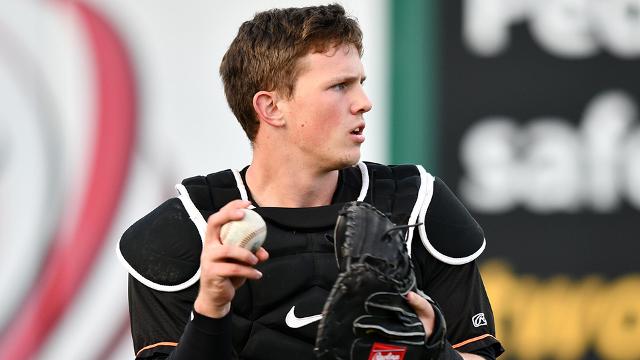 The storylines will pile up with players descending on Arizona and Florida in the coming weeks. Some of them are not on 40-man rosters but will still participate in Major League camp as non-roster invitees. Some will have legitimate chances to crack the Major League roster. Some — a lot of them catchers — will be roster filler. Some will be veteran types wanting to show they still have it after getting overlooked in free agency. Some will be top prospects the big league staff wants to take a good look at before they head back to the Minors. No one mold fits the non-roster invitee.

This being a prospect-based column, this Friday’s Toolshed looks at the Minor Leaguers to follow this spring as they work through the Cactus and Grapefruit Leagues as non-roster invitees. (Note: not all clubs have released their list of invites yet, but the rest have given us plenty to work with.)

Nick Madrigal, second baseman, White Sox: Chicago has been one of the most active clubs this offseason, bringing in Yasmani Grandal, Edwin Encarnacion, Nomar Mazara, Dallas Keuchel, Gio Gonzalez and Steve Cishek since November as it looks to chase down the Twins and Indians in the American League Central. The club also signed No. 3 overall prospect Luis Robert to a six-year deal, basically ensuring he will be the Opening Day center fielder. On the surface, the Sox look like they’re willing to go for it on Day One in 2020. That brings it back to Madrigal, the No. 2 second-base prospect. The 22-year-old showed plus-plus hit-tool potential and an elite contact rate when he batted .311 with only 16 strikeouts over 120 games between Class A Advanced Winston-Salem, Double-A Birmingham and Triple-A Charlotte last season. With plus speed and good defense at second mixed in, he likely represents the South Siders’ best option at the keystone with Leury Garcia his main competition. Robert and Eloy Jimenez signed contract extensions to get their Opening Day looks. Madrigal hasn’t done that, but with the AL Central looking so close, the Sox might not be able to afford keeping their best second baseman in the International League for a few weeks, even if it means starting his service-time clock. Madrigal should get plenty of playing time this spring, and if he continues to collect hits and put the ball in play, he will make Rick Hahn’s decision that much more difficult. A fair or subpar Cactus League would provide fodder for a return to the Minors.

Video: Knights’ Madrigal doubles on a ground ball to second

MacKenzie Gore, left-handed pitcher, Padres: Speaking of clubs starting their prospects in the Majors on Opening Day, San Diego made waves last March when Chris Paddack and Fernando Tatis Jr. made the big club out of spring despite having never played higher than Double-A. The next big prospect to fit that bill? Gore. Like Paddack the year before him, the No. 5 overall prospect won the MiLBY award for Top Starting Pitcher after posting a 1.69 ERA with 135 strikeouts in 101 innings between Double-A Amarillo and Class A Advanced Lake Elsinore. With four plus pitches and plus control, Gore’s stuff could very well have the stuff to get Major League hitters out right now. The Padres also don’t have a rotation set in stone, though they don’t lack for options behind Paddack, Garrett Richards and Zach Davies. Dinelson Lamet and Joey Lucchesi seem to have the inside tracks on the fourth and fifth spots with Cal Quantrill, Adrian Morejon and Michel Baez also looming. But if San Diego does make it a truly open competition, there’s little doubt anyone in that group can match Gore’s ceiling, and if he looks at all close to that in the Cactus League, he should get a long look in big league camp. The same can be said for fellow non-roster invitee Luis Patiño — the No. 27 overall prospect who might lack Gore’s overall resume but is capable of wowing anyone when he takes the mound.

Adley Rutschman, catcher, Orioles: From the second he touches down in Sarasota, Rutschman will be the most-followed prospect in the Baltimore system since Manny Machado. It comes with the territory of being the No. 1 overall pick in his first spring as well as the fact he’s the game’s No. 4 overall prospect in the face of a budding rebuild. The former Oregon State standout has the goods to stick out in his first spring. He’s a switch-hitter with the ability to hit for average and power by any batter’s standards, never mind just those of a backstop. He’s defensively gifted behind the plate with a strong arm and good framing techniques. During his time in college and brief trips in the Minors, he already has a reputation for working well with pitching staffs, which should come in handy with such a big group of arms in Spring Training. Unlike those above, Rutschman has no shot at opening in the Majors. General manager Mike Elias has already said publicly that he expects Rutschman to open at Class A Advanced Frederick. But a lot of eyes from talent-starved Orioles fans will be on the game’s top catching prospect in the weeks to come, and a good first impression could relieve some tension that this rebuild was worth it after all.

Forrest Whitley, right-handed pitcher, Astros: Arguably no prospect could use a better spring than Whitley. Houston’s top prospect is coming off an abysmal 2019 in which he posted a 12.21 ERA in eight Triple-A appearances, suffered through shoulder issues and then finished with a 7.99 ERA, 86 strikeouts and 44 walks in 59 2/3 innings across four levels. To his credit, Whitley rebounded nicely in the Arizona Fall League, where he led the circuit with 32 K’s in 25 frames. But concerns about his control and command have dropped him to the No. 19 overall prospect spot after a season in which many expected him to make the Majors and perhaps even graduate from prospectdom. Even with Gerrit Cole out of the picture, Whitley is a long shot from making the Astros out of camp, but if he can hit his spots more consistently in Florida, that first call could come early in 2020.

Casey Mize, right-handed pitcher, Tigers: Detroit’s glut of pitching prospects could come to a head some day. That day will not come this spring. That’s not what Mize’s inclusion is about here just yet. No one doubts the 2018 top overall pick’s potential to lead the Tigers rotation some day. He possesses three plus pitches, and his splitter especially could be one of the best offerings in all of the Minors when it’s on. But the 22-year-old right-hander is coming off a 2019 campaign in which he was limited to 109 1/3 innings due to right shoulder inflammation. He was even shut down a few weeks early in August. Health will be a key component in Mize’s ability to reach his considerable ceiling, and regular appearances on Florida mounds in the weeks to come would bring some sighs of relief to those in the Motor City.

Julio Rodriguez, outfielder, Mariners: This one is just pure fun. At this time last year, Rodriguez had yet to play above the Dominican Summer League. Now, at just 19, he will already be in Seattle’s Major League camp. The No. 18 overall prospect has already shown stateside that he can have plus power and a good hit tool from the right side, along with a plus arm from center or right field. This first Spring Training as a non-roster invitee will be about getting Rodriguez comfortable on the Major League side before he inevitably heads to the backfields in March. Before then, there isn’t likely to be a more eye-popping teenager on either spring circuit.

Spencer Howard, right-handed pitcher/Alec Bohm, third baseman, Phillies: It’s a twofer in the Philadelphia system because Howard and Bohm have real chances to be big parts of a Phillies playoff push in 2020. It’s no secret that Philly’s rotation is a question mark, even after bringing in Zack Wheeler as a free agent, and No. 34 overall prospect Howard should be able to lend a hand with his mid-90s fastball, plus changeup and solid slider at some point. Similarly, Scott Kingery is looking like the starting third baseman for the Phillies, but it’s expected that he’s a better fit as a utilityman. That leaves a good opening for No. 30 overall prospect Bohm, coming off a first full season in which he hit 21 homers and finished with an .896 OPS across three levels. Like the White Sox in the AL Central, Philadelphia will need its best talents if it’s going to compete with the Nationals, Braves and Mets in the NL East. While Bohm and Howard have yet to see Triple-A, strong springs could push up their timelines.

Brady Singer, right-handed pitcher/Daniel Lynch, left-handed pitcher, Royals: This was probably just lip service, but we’ll take it at face value for now. When asked about his club’s open rotation spot, Kansas City general manager Dayton Moore told MLB.com’s Jeffrey Flanagan, “I feel really good about some of those kids coming sooner than later.” Those kids referenced Singer and Lynch — the No. 59 and 61 overall prospects — as well as 2018 33rd overall pick Jackson Kowar. All three earned non-roster invites, and if what Moore said is true, they should be in the mix for a spot behind Danny Duffy, Brad Keller, Jakob Junis and Mike Montgomery in Royals camp. Of those three, Singer and Kowar would seem to have the upper hands after making at least 15 Double-A starts last season while Lynch finished at Class A Advanced Wilmington. But with their mix of stuff and college pedigrees, any of the three are capable of sticking out and getting ahead of the competition. Even if they don’t win a spot, a couple of good spring starts backed by promising stuff could make that “sooner than later” prediction look prescient.

Drew Waters, outfielder/Ian Anderson, right-handed pitcher, Braves: Fellow Top-100 prospects Cristian Pache and Kyle Wright are already on the 40-man roster or they would appear in this slot as well. But as it stands, No. 26 Waters and No. 37 Anderson head to Atlanta’s new complex in North Port, Florida, trying to figure out their present situations in the Braves hierarchy. Waters and Pache closed in on Atlanta in 2019, finishing up at Triple-A Gwinnett with hopes of impacting the Major League club in 2020. That was before the Braves brought back Nick Markakis and signed Marcell Ozuna to a one-year deal. That makes it more likely Waters will still have his rookie status a year from now, but the 21-year-old switch-hitter does have the hit, run, fielding and arm tools to elbow his way past the veteran types in time. Could that time be this spring? Anderson might have an even more uphill battle in his march for a spot in the Atlanta rotation. The Braves added Cole Hamels to the mix this winter and have Wright, Bryse Wilson, Sean Newcomb and Touki Toussaint battling it out for the fifth starting spot. Some may be moved to the bullpen. Some will be moved back to Gwinnett. This spring will be Anderson’s chance to prove he is on the level of those other starting options and he’s not behind just because he’s younger. He won’t jump straight to the Braves, but he could leapfrog some of those ahead of him if he manages to impress in the Grapefruit League.