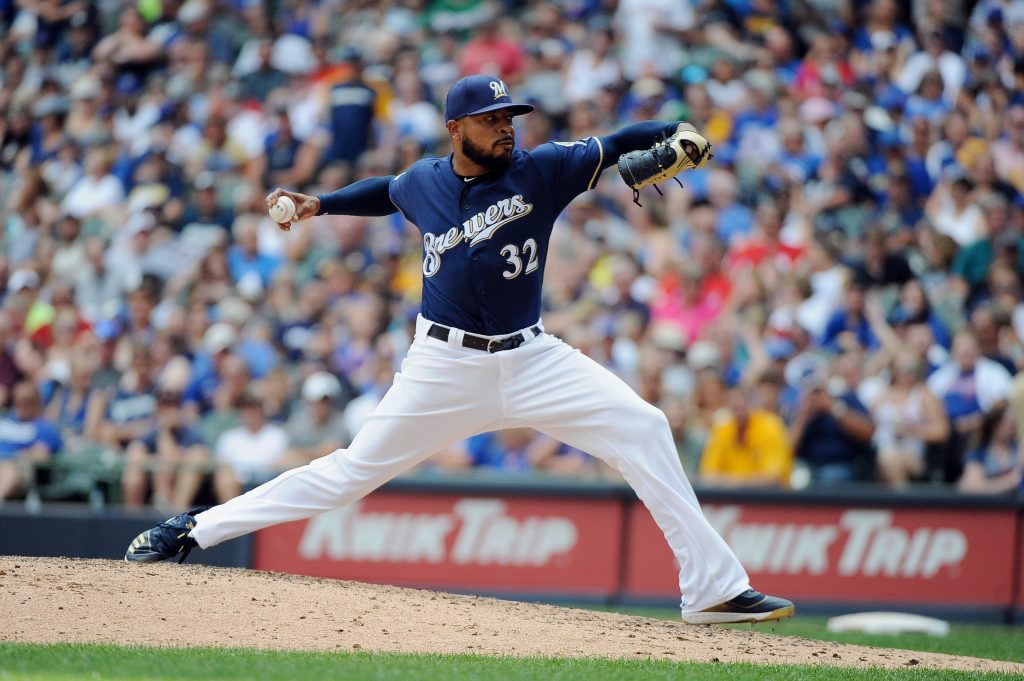 The Cubs have agreed to terms with righty Jeremy Jeffress on a one-year MLB deal, per ESPN.com’s Jeff Passan (via Twitter). It’ll pay him $850K and includes $200K in available incentives based upon appearances.

Jeffress will hope to regain his form in Chicago after falling flat last year with the Brewers. The sinkerballer was lights-out in 2018 but lost about 1.5 ticks of velocity in the ensuing campaign. He was dropped by the Milwaukee organization after throwing 52 innings of 5.02 ERA ball with 8.0 K/9, 2.9 BB/9, and a 48.4% groundball rate.

It has been a bit of a rollercoaster ride over the years for Jeffress. At his best, he has gobbled up grounders and limited the long ball and even on occasion recorded a decent number of strikeouts. The history of home run suppression (0.67 per nine for his career) is of particular interest in the era of the aerodynamic baseball. But Jeffress hasn’t always been consistent and had a worrisome DWI incident back in 2016.

For the Cubs, it’s a low-cost signing that has some relative upside. There’s really no reason to think Jeffress can replicate that ’18 outburst — his sparkling 1.29 ERA was certainly the result of good pitching, but there was some good fortune mixed in as well — but he doesn’t need to reach those heights to pay dividends. If he can regain some lost velo or learn to live without it, Jeffress could end up pitching a lot of high-leverage innings at Wrigley.