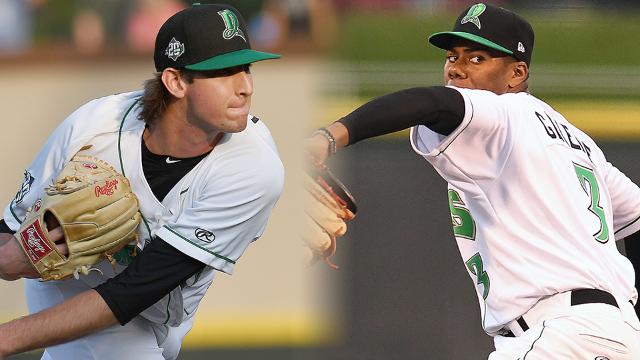 He still more than half expected to turn down any offers and keep his focus on Driveline. Joining a club as a regular employee was something he’d mulled for some time, but he’d yet to make the jump. Then along came the Reds.

Boasting one of the Majors’ largest analytics departments, Cincinnati has taken positive steps to improve its pitching of late. For a team that plays half its games in a hitters’ haven, the Reds tied for eighth last year with a 4.18 ERA and ranked fourth in xFIP (4.10, per Fangraphs). After finishing 27th in fWAR for pitchers in 2018, they leapfrogged all the way to ninth in 2019.

Given Boddy’s experience working closely with players at Driveline, along with his background in technology and economics, he fit the description of the kind of mind the Reds were looking to add to help continue that progress. On the flip side, the team’s interview process stood out to Boddy, who likened it to what he’d seen from one of his former employers — Microsoft.

“I walked in at 8 a.m. and the first thing they gave me was an itinerary, a one-sheeter,” he said. “The Reds were like, ‘Hey, this is the direction we’re going in. These are the interviews you’ve got and you’ve got to impress all of these people and this is what you’re expected to talk about.'”

The Reds weren’t shy about grilling Boddy on specifics either. Top Cincinnati prospect Hunter Greene underwent Tommy John surgery and missed all of 2019. How would Boddy help manage his rehab? First-round pick Nick Lodolo is months away from beginning his first full professional season. How should his workload be managed and what could his projections look like? What work could be done to advance the progress of some hurlers who signed as undrafted free agents?

Boddy’s responses made enough of an impression for the Reds to make a job offer. He was impressed, too. Seeing the team’s commitment to innovation, he accepted the position of director of pitching initiatives and pitching coordinator.

With longtime pal Derek Johnson already in charge of the big league staff as pitching coach, the club complemented Boddy’s hire with the promotion of Driveline devotee Caleb Cotham to assistant pitching coach and director of pitching. In the view of vice president of player development Shawn Pender, adding Boddy — who will oversee a Minor League program that compiled a cumulative 4.41 ERA and 1.41 WHIP — should be a boon from the bottom up.

“There’s no question that Kyle and Caleb, I think their goal is to get everyone up to speed,” Pender said. “You know, with a more complete and specific throwing program that that they feel is going to be beneficial.”

In his tireless efforts to train and develop players at Driveline [which has been profiled in books like “The Arm” and “The MVP Machine”], Boddy felt he put himself in position to one day be a permanent fixture on a Major League staff. He’d been a consultant for other teams, including the Dodgers, who’ve embraced the quantitative side of the game. But even Boddy never expected the dominoes to fall into place at the pace they have.

“I knew [player development] was going to change, so I put myself in a position to succeed, and it happened on a time frame much faster than I ever expected,” he said. “We’re talking five to seven years ahead of where I thought we’d be. It’s been really cool, obviously. Caleb is a really good friend. He’s the second big leaguer I trained as a Minor Leaguer that became a big leaguer — really deep connection. And, obviously, Derek is the big league pitching coach and we’ve been friends for 10 years. It was a significant reason I came over, because I knew that the big league pitching coach is a very strong leader.”

So far, Boddy has amassed a pile of homework in preparation of pitchers and catchers reporting to camp in Goodyear, Arizona. He’s worked with members of the scouting department to see what their roles entail and get their perspectives on player evaluation. He’s prepared to “coach the coaches” on how they can properly utilize information and distribute it to the players. He’s in constant communication with field coordinator Chris Tremie about logistical planning.

As with his training techniques at Driveline [where he remains involved, although he’s delegated some of his previous workload] that have helped pitchers go viral with 100-plus mph pitches, Boddy will be incorporating weighted balls and tech tools like Trackman and Rapsodo to better understand velocity, spin rates and movement on the horizontal and vertical planes from individual pitchers. A biomechanics lab will be at the team’s facility this spring.

Video: Billings’ Lodolo strikes out the side

Lodolo, the seventh overall pick last year, had some exposure to advanced tech while pitching at TCU and it helped him develop a new weapon. Using Edgertronic cameras, the left-hander sat down with assistant coach Kirk Saarloos and went from throwing a curveball to developing a slider, which ended up being more successful. He’s ready for more data points from the Reds.

“You get excited about stuff like that,” Lodolo said. “People all the time say they want to improve and everything, and they might not do anything about it. You can see the Reds are excited about it and making moves. As a player, that’s what you like. The game is evolving and they’re staying with it.”

But as information-focused as his trademark approach is, Boddy hasn’t lost sight of his commitment to treating players not as assets or numbers on a spreadsheet but as human beings. To that end, he’s begun shaping individualized road maps for all the pitchers in the system.

“Now that doesn’t mean that we always find it or they lucked into it, but every player should realistically have a plan to tell them what they can contribute on our 40-man roster. And I’m very passionate about that, and that’s what we’ve been doing and I’m really excited. That’s been consuming the majority of my time over the last three months.”

On a more micro level, Boddy also has seen the progress Greene has made in his rehab. Spending the bulk of his time in Goodyear, MLB.com’s No. 49 overall prospect has been as good a student as any. He’s continually picked the brains of people in the analytics department and kept a growth mind-set. He’ll soon get to work with rehab coach Casey Weathers, who had his own 20-month rehab as a player and Driveline client.

“You can take two ways when you have an injury like that,” Boddy said. “You can do your rehab and go through the motions … or you can do something like Hunter does and you’re doing the rehab diligently. ‘I get to change my pitching mechanics. I got a chance to change things and lift in the weight room, and that’s exciting.’ He’s done that, and that’s exciting.”

Much like his pupil, Boddy has been characterized as someone who loves the competitive drive. At Driveline, it helped push players to reach their limits and test their potential. Working for a team, he can instill that in budding talent from Triple-A down to Rookie ball.

Of course, the highly touted prospects like Greene and Lodolo tend to get a larger share of the media spotlight, but it’s not just lip service when Boddy says he wants to map out a path to the bigs for every pitcher in the system. So far, he’s especially impressed with southpaw Andy Fisher, who signed as a undrafted free agent out of the University of Illinois last summer and pitched to a 1.91 ERA and 0.81 WHIP over 47 innings between Rookie Advanced Billings and Class A Dayton.

And in that example lies what Boddy might be most excited for in joining the Reds. As with the trajectory of Driveline, he has the opportunity to help turn an unknown into a household name.

“A guy that throws strikes, competes and has done a really good job and just might need to develop a few more tools,” Boddy said of Fisher, “that’s the kind of guy I want, rather than a guy with a ton of tools and needs to be refined as a pitcher.

“You’re not going to find much written about Andy Fisher, and that’s cool. And that’s what I like.”

Andrew Battifarano is a contributor to MiLB.com. Follow him on Twitter, @AndrewAtBatt. This story was not subject to the approval of the National Association of Professional Baseball Leagues or its clubs.