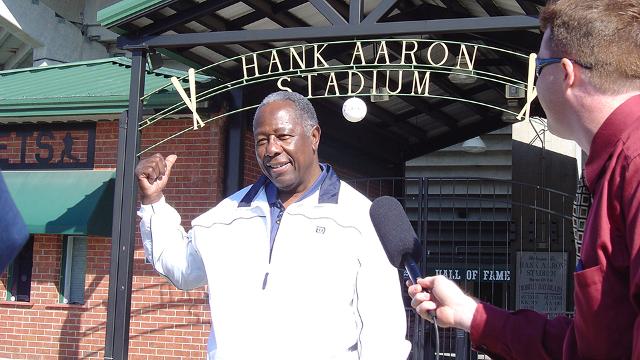 Following the 2019 season, the Mobile BayBears relocated to Madison, Alabama, and became the Rocket City Trash Pandas. This left the city of Mobile without a Minor League team and with a pressing question: What will become of Hank Aaron Stadium?

The facility opened in 1997 and served as the BayBears’ home throughout their existence. The city owns the stadium; following the team’s departure, officials solicited proposals for a new operator. The city was looking for a group willing to assume the two years remaining on the stadium’s lease, which had been held by BallCorps (owner of the BayBears and, now, the Trash Pandas).

Last month, in a unanimous vote, the Mobile City Council approved an operational agreement with Mobile Sports and Entertainment Group (MSEG). The group, headed by former BayBears assistant general manager Ari Rosenbaum, plans to use Hank Aaron Stadium for high school and college baseball games. Additionally, the parking lot will be utilized for an array of entertainment events.

Last week, it was announced that the Babe Ruth Baseball 16-18 World Series will be held at Hank Aaron Stadium in 2020, marking the second straight year it will held in Mobile (in 2019, the University of Mobile hosted the event). In the wake of this news, Rosenbaum told Mobile’s Fox 10 News that Babe Ruth Baseball is “right in line with what we’ve been trying to do … with Hank Aaron Stadium. It’s a baseball facility. Our mission has always included baseball as the focus. … The fact that our major event for 2020 is going to be a baseball event and ties with Babe Ruth, it means so much to us at MSEG.”

Of course, Hank Aaron Stadium also has ties to Hank Aaron, a Mobile native. In 2010, after relocating and refurbishing Hank Aaron’s childhood home, the BayBears opened the Hank Aaron Childhood Home and Museum on stadium grounds. The museum was closed following the departure of the BayBears and many of the artifacts contained therein were relocated to the National Baseball Hall of Fame. However, MSEG has expressed interest in working with Aaron to ensure that his home and museum is reopened.

The opening of Hank Aaron’s Childhood Home and Museum brought a cadre of Hall of Famers.

• MSEG’s Hank Aaron Stadium proposal beat out one brought forth by Biloxi Shuckers co-owner Tim Bennett, which involved the potential relocation of an independent Atlantic League team to Mobile. While that pitch didn’t work out, Bennett has been involved with another project that taps a former Minor League stadium. On Friday, it was announced that the inaugural SWAC-MEAC Challenge college tournament will be held at Smith-Wills Stadium. Built in 1975, the facility hosted the Jackson Mets from 1975-90 and the Jackson Generals from 1991-99. Both teams competed in the Double-A Texas League. In a news release, Bennett said the SWAC-MEAC Challenge is “an example of the validity and usefulness of older stadiums all over this country.”

• New Orleans, located less than 150 miles from Mobile, is another market entering its first season without a Minor League team. The Baby Cakes relocated to Wichita following the 2019 campaign and are now the Wind Surge. Originally known as the Zephyrs, the Baby Cakes played at the Shrine on Airline in the New Orleans suburb of Metairie, Louisiana. This year, the Shrine on Airline will have a new tenant in Major League Rugby’s New Orleans Gold.

• The previous edition of this column provided updates on this year’s four new Minor League stadiums. One of those facilities, the future home of the Kannapolis Cannon Ballers, reached a milestone last month when grass was installed. The Cannon Ballers reported in a news release that “local workers from North Carolina-based Carolina Green set more than 100,000 square feet of a custom-grown, sand base bermudagrass product.” As such, the ballpark was transformed from “a construction zone into a green oasis.”

• Fredericksburg, Virginia, is another one of the four locales in which a Minor League ballpark is being built. Construction on this facility, home to the relocating Potomac Nationals, didn’t begin in earnest until this past summer. Fredericksburg.com reports that, nonetheless, Fredericksburg’s ballpark remains on track for its scheduled April 23 opening. While the structure is “still skeletal, visible progress has been made in the past few months. The concrete seating bowl is nearly complete.” Fredericksburg’s ballpark is slightly over budget, however, with its estimated $35 million cost now expected to be in the $37 million-$38 million range.

• The Richmond Flying Squirrels have played at The Diamond for 10 seasons, all while working to secure a new ballpark. That has yet to happen, so the Eastern League team continues to make adjustments to its oft-derided home. In an effort to make The Diamond a slightly more hospitable place for hitters, the outfield walls will be moved in from power alley to power alley.