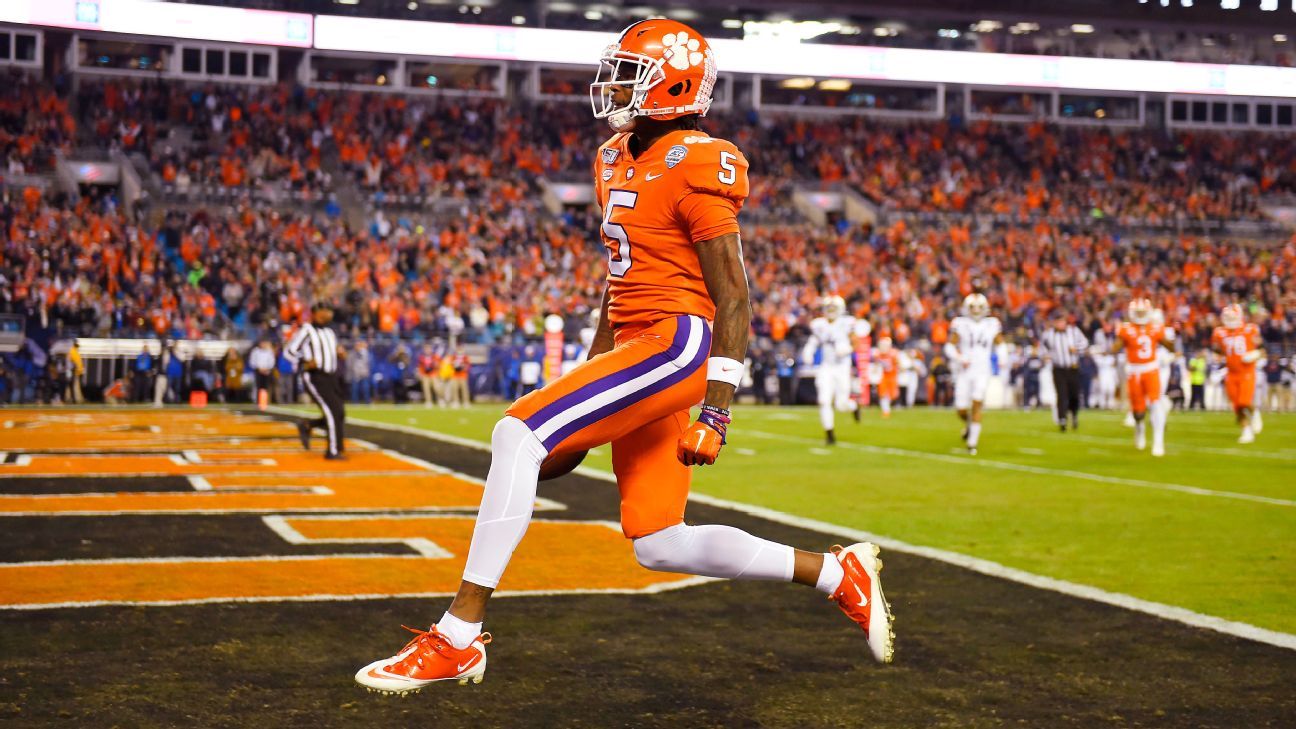 NEW ORLEANS — Tee Higgins and Justyn Ross, Clemson‘s top two receivers who were banged up against Ohio State in the College Football Playoff semifinal at the Fiesta Bowl, are both healthy and ready to face No. 1 LSU on Monday night, Clemson coach Dabo Swinney said.

“They’re fine,” Swinney said at the Tigers’ media day on Saturday morning. “That’s been a month ago. These guys heal up in two days nowadays. Yeah, they’re fine. Higgins came back and played, and Ross just landed on his shoulder. They’re good to go.”

They’re going to have to be to help Clemson keep pace with LSU’s high-flying offense. Higgins went to the injury tent after his helmet popped off during a collision in the first drive of the game on Dec. 28. He headed to the locker room, and was questionable to return, but played in the second half of Clemson’s 29-23 win. He enters Monday night’s national championship game with 56 catches for 1,115 yards and 13 touchdown receptions.

Ross also was checked by trainers several times throughout the Fiesta Bowl after taking several hits, but remained in the game. He finished with 47 yards on a team-high six receptions against the Buckeyes.