Editor’s note: This story originally ran ahead of the Chiefs-Texans game in Week 6 of the 2019 season. It has been adjusted ahead of Sunday’s divisional playoff game.

KANSAS CITY, Mo. — When the Kansas City Chiefs were looking for a quarterback in the 2017 draft, they did their homework on all of the top prospects, including Texas Tech’s Patrick Mahomes and Clemson’s Deshaun Watson.

They conducted workouts and brought the players to Kansas City before the draft for video and whiteboard sessions. The Chiefs were enamored with Mahomes and Watson, but when it came time to choose, they had a clear favorite.

They moved up 17 spots in the first round that year, a sign of what they believed Mahomes would become.

“Anytime you make a move that bold, when you move from [No.] 27 up to 10 and you give up [two draft picks, including a first-rounder in 2018], everyone is on board,” said Chiefs general manager Brett Veach, an assistant during the 2017 draft to John Dorsey, who was fired for reasons unrelated to the Mahomes pick shortly afterward. “I thought he was the best quarterback in the draft. There was no doubt in my mind that was the right decision.”

The Chiefs will be confronted with that decision when they face the Houston Texans in a divisional playoff game on Sunday (3:05 p.m. ET, CBS). The Texans moved up themselves in that 2017 draft to pick Watson two spots after Mahomes.

The Chiefs have no buyer’s remorse. Mahomes was the NFL’s MVP in 2018 in his first year as a starter and was named to the Pro Bowl for his efforts in the 2019 season. But Watson is playing well, too, also earning a Pro Bowl berth this season.

Maybe the Chiefs couldn’t have gone wrong. But that’s not what they were necessarily thinking heading into that 2017 draft.

“He’s a great player,” Chiefs coach Andy Reid said of Watson. “What he did at Clemson was what we thought he would do here. We think he’s a tremendous football player. He’s got some good players there around him, and he’s utilizing them. As good of a player as he is, he’s even a better person. He’s a great kid. He was a real pleasure to deal with before the draft. With him, he’s one of those kids when you meet him, he’s got that ‘whatever’ about him that you really like.

“We just thought, with what we do, that Mahomes would fit in well. We had all the guys in. All the quarterbacks came in. We had an opportunity to spend six hours with each guy, and that was a great experience to have a chance to meet all the guys. Both those young men are tremendous young men. We just thought, with what we do, Mahomes would fit in the best.”

NFL PrimeTime continues this postseason with extended highlights and analysis following the conclusion of each day’s playoff games. Watch on ESPN+

It’s difficult to see how Watson could fit into Reid’s offense any better than Mahomes has. But given the chance, he might have.

One of the underrated factors in how well Mahomes has played for the Chiefs is the support he has received since walking through the door. Everyone has been in his corner, including Alex Smith, the starting quarterback in Mahomes’ rookie season.

Mahomes also benefited from being taught by Reid, former quarterbacks coach Matt Nagy and his replacement, Mike Kafka, among others.

“Deshaun maybe hasn’t had the same type of things working in his favor that Patrick has as far as having the kind of mentor Patrick had with Alex Smith,” said ESPN analyst Louis Riddick, who formerly worked with Reid and Veach with the Eagles. “This isn’t to disparage anybody on the Houston Texans’ staff, but Pat had the benefit of some pretty darn good coaches on the staff there in Kansas City. He had the benefit of a very productive run game at least in his first year of starting.

“We don’t know what Deshaun would be like in the same system. He obviously would benefit from the same things Patrick has benefited from. I don’t think he has the same kind of natural arm ability that Patrick does. But they’re both quarterback prodigies and will be great players for a long time. I think you’re splitting hairs with them, but I don’t think the Chiefs would trade Patrick for anything in the world.” 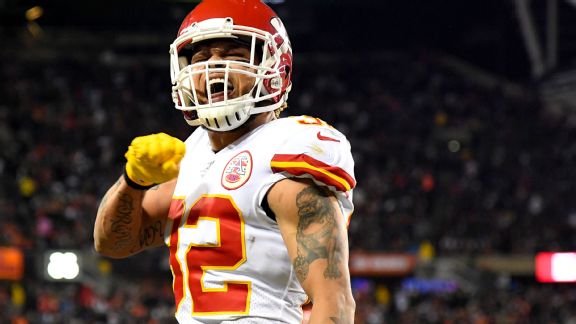 The Texans didn’t view Watson as a consolation prize, though. Mahomes was not the top guy on their board.

“We were thrilled to be able to go up and get Deshaun because he was our No. 1 guy that we wanted,” Texans coach Bill O’Brien said. “We just felt good about him relative to what we wanted to do offensively and organizationally. We felt he was a guy that had done a lot in college, national champion and won a lot of games and delivered in big moments.

“I don’t think [winning in college] is the No. 1 thing because you also have to look at, with all these guys, the surrounding cast in college. But when you’ve won as much as he’s won, even including when you go back to high school, the guy’s been on a lot of winning teams, and he’s been the starting quarterback for those winning teams. That definitely does factor in.”

Texas Tech went 13-16 in three seasons with Mahomes as the starting quarterback, so his collegiate accomplishments paled in comparison with those of Watson, who won a national championship at Clemson.

But the Chiefs liked Mahomes’ strong arm, accuracy and ability to improvise. His X’s and O’s session in Kansas City before the draft clinched the Chiefs’ decision to put him atop their quarterback draft board. 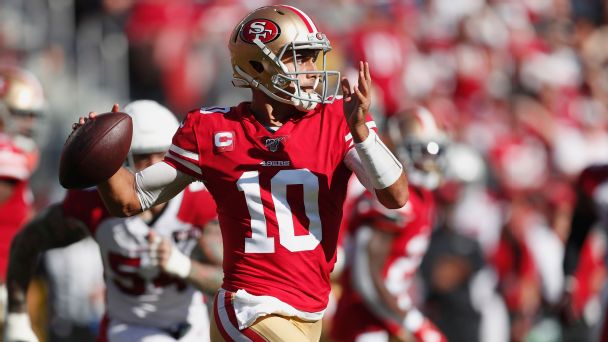 “We drew up a ton of plays, and they really tested my knowledge,” Mahomes said. “I feel like I did well. I feel like I drew them up really well and explained them, explained what I did at Texas Tech and how it would relate and how different we were with how Coach [Kliff] Kingsbury let me really take control of that offense at Texas Tech. I feel like it went really well and we got along great. It felt like a great relationship already.”

Watson also thought he had a strong chance of being drafted by the Chiefs. Instead, he will play on the opposite side of the field this Sunday.

“They were high on me,” he said. “I went up there and took a visit. They went with the guy they wanted.

“It’s all love and respect. Sometimes the chips just don’t land the way you think they [will].”