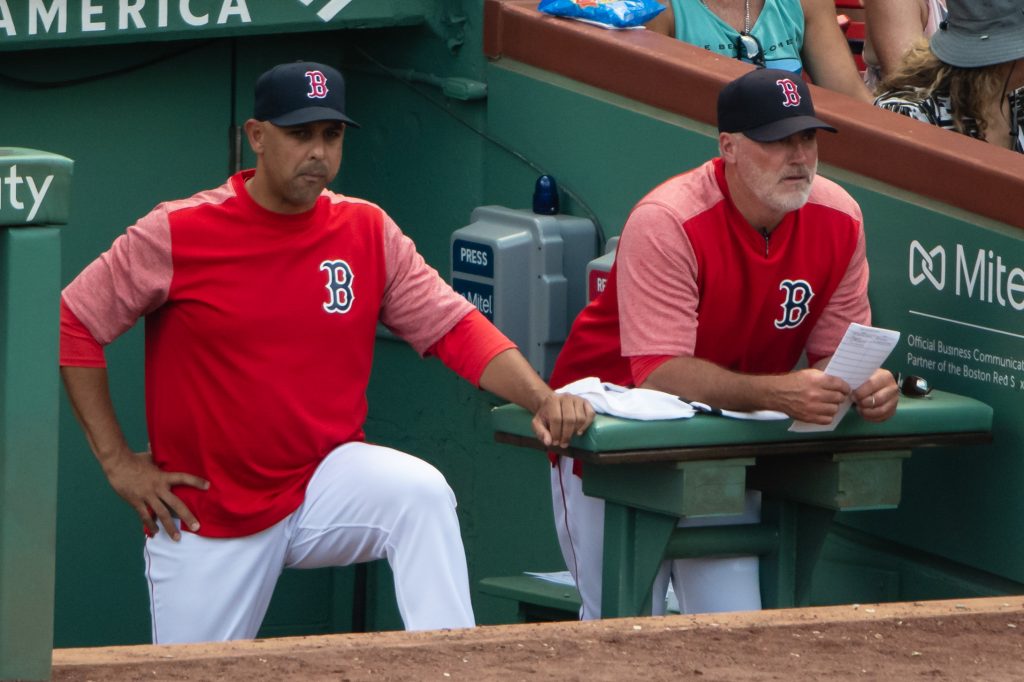 The Astros stand accused of utilizing technology to steal catcher signs and then relay them in real-time to batters in the box. While the investigation into that matter continues — we’ve already seen rather convincing documentation of at least some malfeasance — broader scrutiny has unsurprisingly begun.

The 2018 Red Sox team, which followed the Astros as World Series champs, now stand charged of misusing technology. As Evan Drellich and Ken Rosenthal of The Athletic report (subscription link), on the basis of team sources, “at least some players visited the video replay room during games to learn the sign sequence opponents were using.” The behavior is said to have occurred during the regular season but not during the postseason.

The sources that spoke with The Athletic make clear that the Sox’ uniformed personnel made dedicated pursuit of electronic sign-stealing. But the approach was fundamentally different from that allegedly employed by the Astros. The Houston organization is said to have had a team employee watching a live game feed, conveying the pitch type via audio signal (banging on a trash can). In Boston, upon sussing out the signs, the Red Sox would reportedly utilize the information in a time-honored manner: runners reaching second base would look in at the catcher and then deliver the news to the hitter by some visual cue.

In spite of those differences, it seems clear that the Red Sox’ purported action also violated the rules. Per Drellich and Rosenthal, a league memo issued prior to the ’18 campaign provided: “Electronic equipment, including game feeds in the Club replay room and/or video room, may never be used during a game for the purpose of stealing the opposing team’s signs.” That wouldn’t appear to leave much room for interpretation.

Notably, the Boston organization was fined and chastised by commissioner Rob Manfred at the end of the 2017 season for improper utilization of technology. At the time, Manfred indicated that he had received assurances of future compliance from the Sox. The commissioner also provided in a press release:  “[A]ll 30 Clubs have been notified that future violations of this type will be subject to more serious sanctions, including the possible loss of draft picks.”