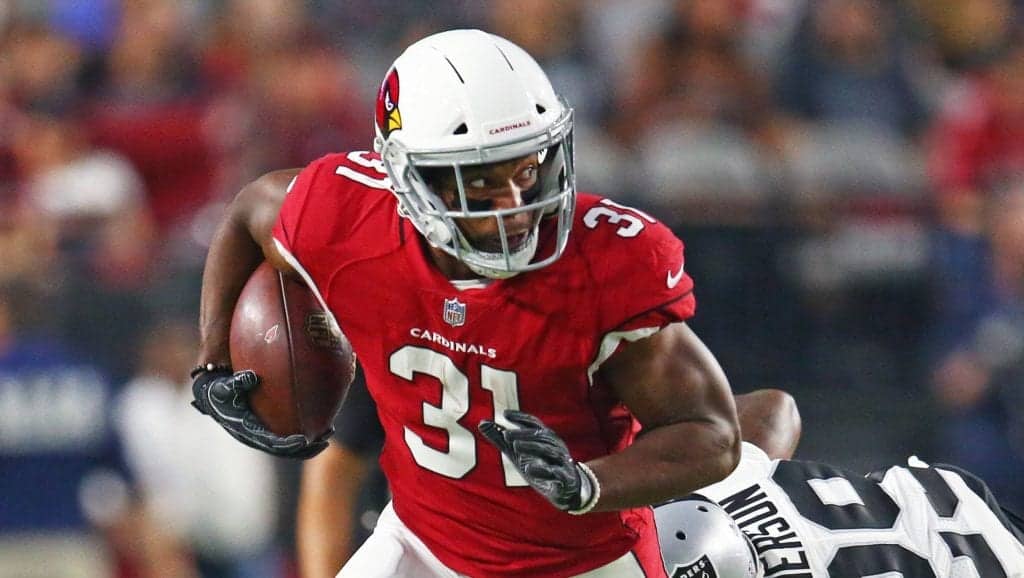 With the 2019 fantasy season in the books, some people might think it’s time to rest. But the best dynasty players know that there’s no offseason. Deals are happening every day and, whether you’re looking to strengthen a contender or rebuild an underwhelming roster, we’ve got you covered here at PFN. Our dynasty rankings will give an overview of value, comparing players to each other, making it easy to know if you should trade Allen Robinson for Marlon Mack. But what about if you’re looking to gain an advantage? Each week we will provide you with players we feel are overvalued and undervalued in dynasty leagues in 2020.

Undervalued: Ryan Tannehill could be your starting QB

I know, I know. What if the Tennessee Titans make a move for a free-agent quarterback? What if they see a guy who they like in the draft? Well, here’s a better question: what if they DON’T?

We’ve written extensively about Tannehill already this season. But it’s worth re-emphasizing that according to PFN’s Offensive Share Metric (OSM), he was our highest-rated quarterback this season. You read that correctly. The man who was shipped off by the Miami Dolphins last offseason and started the year as Marcus Mariota’s backup was the QB1.

Tannehill will be 32 by the time the season starts, but we’re now in 2020. Tom Brady and Drew Brees are in their 40s. Sure, both will be first-ballot Hall of Famers. Still, there’s no reason that Tannehill couldn’t spend the next five years putting up fantasy numbers similar to Philip Rivers or Ben Roethlisberger, two players who consistently push for the top 10 highest scorers at the position each year.

Despite his heroics, Tannehill’s perceived value is in a similar range to Andy Dalton, Derek Carr, and a host of backup running backs and underwhelming wide receivers. Are Dante Pettis or Duke Johnson ever going to find their way into starting spots for your dynasty team? Are you hoping to draft their replacements this year? If they’ll ultimately rot away on your bench, and you’re looking for a starting quarterback, then you owe it to yourself to take a look at Tannehill. He’s re-writing the narrative of his career, and if he starts 2020 the same way as he played in 2019, then his value will continue to rise.

Overvalued: David Johnson keeps showing us who he is

Must we fall for the same trick every season? What if David Johnson returns to his 2016 form. Wouldn’t you want a player who put up over 2000 scrimmage yards and scored 20 touchdowns? Of course, you would. But that was a long time ago.

The end of the fantasy season sometimes acts as a reset for values as we assume that specific outcomes were anomalies, and the players will return to past form. Well, I hate to be the bearer of bad news, but this IS David Johnson now and could be for the remainder of his NFL career.

The offensive line isn’t perfect, and Kyler Murray’s scrambling can make things difficult, but the fact of the matter is that we saw Johnson struggle in the same situation that Chase Edmonds and Kenyan Drake thrived in. Johnson finished the season with a 7.02 OSM rating, leaving him 48th out of 48 qualifying running backs, while Drake had 10.55, which saw him finish 41st. Edmonds didn’t play enough to qualify but had a significant statistical day in his lone start of the season, despite his OSM grade of 2.4 only being good enough for the RB26 on the week.

Joe Mixon was the RB11 in standard scoring but the RB46 in OSM.

Nick Chubb was the RB6 in standard scoring but the RB32 in OSM.

Lack of production and a poor OSM grade isn’t a recipe for success, though.

We don’t know whether the Cardinals will bring back Kenyan Drake in 2020. What we do know is that Chase Edmonds is under contract. Johnson was the lead back before his injury and the team trading for Drake, but Edmonds still saw enough touches to reduce his value and prevent him from being the feature back that owners hoped. Johnson’s contract means he’s almost sure to be with the Cardinals next season. The dead money prohibits the team from cutting him, and any team trading for him would be on the hook for enough money that they’d be unlikely to be interested in acquiring him.

In his final nine games of the season, Johnson didn’t have a single game with more than six touches, including not receiving a single carry or target in the Week 11 loss to the San Francisco 49ers. In Week 17’s loss to the Los Angeles Rams, he wasn’t on the field for a single snap despite being active. The week before, he had two carries for three yards and one catch for four yards.

Johnson looks very much like an afterthought in Kliff Kingsbury’s offense with the Cardinals preferring to tailor the game to maximize the skills of their exciting young quarterback. With the season over, you may try to recuperate some of what you spent on him based on name value before the NFL Draft brings the usual rookie excitement. If you’re able to get a player like Sony Michel, Anthony Miller, or Devante Parker for Johnson, then now’s the time to act!

Come back next week for the second installment of the overvalued and undervalued dynasty players in 2020 by Andy Gallagher.