The Philadelphia Eagles and Seattle Seahawks have trended in different directions since Seattle’s 17-9 road win against Philadelphia in Week 12.

The Eagles went 4-1 down the stretch to finish 9-7 and capture the NFC East while the Seahawks (11-5) dropped three of their final four, forcing them to hit the road for the first round of the postseason.

That has set up Sunday’s wild-card playoff game between the Eagles and Seahawks (4:40 p.m. ET, NBC) at Lincoln Financial Field. What has changed since their meeting on Nov. 24? And how have multiple injuries affected this matchup?

What’s up, Brady? First, want to ask you about the quarterback. Seattle’s Russell Wilson was a hot MVP candidate and then cooled down the stretch (as my fizzled-out fantasy team can attest). What happened?

The pace Wilson was on over the first half of the season (1,983 passing yards, 14 passing touchdowns) seemed difficult to sustain, and the dip in his numbers has to be at least somewhat related to wide receiver Tyler Lockett‘s health.

They both took a turn around the same time. Lockett hurt his leg late in the Seahawks’ overtime victory against the 49ers in Week 10, and while he didn’t miss any games, he wasn’t the same for several weeks (he was also dealing with the flu).

It also didn’t help that Seattle faced a handful of defenses in the second half that are good at getting after the quarterback, including the Eagles in Week 12, when they sacked Wilson a season-high six times.

Philadelphia’s Carson Wentz seems to have stepped up his game since that first meeting. How has he done it?

For sure. He has thrown 10 TDs to one interception since Week 12 and is playing about the best ball of his career, especially when you consider that, thanks to a rash of injuries, he’s working with five skill-position players who spent part of this season on the practice squad.

Eagles coaches are catering to Wentz’s strengths more. Since Week 12, Wentz is averaging 6.6 attempts per game and 8.0 yards per pass attempt outside the pocket, up from 3.6 attempts per game and 7.0 yards per attempt in his first 11 games. Philadelphia is heavily utilizing play-action, getting Wentz on the move more and running a lot of up-tempo. He’s thinking less, playing faster and, as a result, is back to his playmaking self.

The Eagles had the easiest closing schedule in the NFL, which needs to be considered when assessing the quarterback’s surge and the team’s recent success. And the Seahawks’ defense has given Wentz fits in his three matchups against them — all Eagles losses. But there’s no question he has elevated his game and is a dangerous quarterback right now.

Is Jadeveon Clowney healthy? What kind of defense will Wentz be going up against?

Clowney appears on track to play Sunday, albeit it at much less than 100 percent because of a core-muscle injury he has been dealing with since Week 10. It kept him out of that first meeting with the Eagles and somehow Seattle’s defense put together its best game of the season without him. The Seahawks forced five takeaways, sacked Wentz three times and hit him nine times.

Seattle’s pass rush hasn’t been anywhere near that effective for most of the season. The Seahawks finished the regular season with 28 sacks (tied for the second-fewest in the NFL). They were 16th in pass rush win rate (42.8%) and 30th in generating pressure on QBs (22.9% of opponents’ dropbacks). It’s a big reason why the Seahawks have allowed 6.02 yards per play in 2019, which is fourth-most in the league and their worst mark under coach Pete Carroll.

Seattle’s defense in the second half of 2019 has not been stellar save for cornerback Shaquill Griffin‘s breakout season and what safety Quandre Diggs was giving the unit before he sprained his ankle. Diggs had four takeaways in his first four starts and allowed the Seahawks to play more Cover 3 with him as the deep safety. He looks to be on track to play Sunday and would be a major upgrade over replacement Lano Hill.

One other change of note is rookie third-round pick Cody Barton is starting at strongside linebacker for Mychal Kendricks, who tore his ACL last weekend. The Seahawks had been playing an abnormal amount of base defense this season, which means keeping Kendricks on the field even in would-be nickel situations. Don’t expect Seattle to do that as much with Barton.

Seahawks QB Russell Wilson shares how he has evolved as a leader and playmaker throughout his career.

Aside from Wentz catching fire, what else explains how the Eagles went from 5-7 to NFC East champs?

The Eagles’ chemistry is much better. The youth movement on offense, brought on by injuries to veterans such as wide receivers Alshon Jeffery and Nelson Agholor and running back Jordan Howard, provided a much-needed jolt of energy that older players feed off of during games. Wentz has pumped confidence into the pups, and they have responded with both loyalty and production.

Rookie Miles Sanders has really taken advantage of the opportunity. He is one of six backs to post 650-plus all-purpose yards and four-plus touchdowns from Weeks 11 through 17, joining the Giants’ Saquon Barkley, Cowboys’ Ezekiel Elliott, Titans’ Derrick Henry, Panthers’ Christian McCaffrey and Bengals’ Joe Mixon. Pretty good company. He is a big play waiting to happen, and can hurt you in both the pass and run game. Things have taken a turn for the better since the offense began flowing largely through him.

Sanders has been hobbled this week by an ankle injury. He’s going to play, but if he can’t be his explosive self (he’s admittedly not 100 percent), that will be a blow to Eagles’ chances Sunday.

NFL PrimeTime continues this postseason with extended highlights and analysis following the conclusion of each day’s playoff games. Watch on ESPN+

What’s up with Seattle’s backfield? Is this going to be a full-out Wilson production, or is Beast Mode going to be activated?

Marshawn Lynch didn’t look bad at all last weekend for a running back who hadn’t played in 14 months and was doing whatever Beast Mode does in his free time. He would have had a crack at a second goal-line touchdown — probably the game-winner — had the Seahawks not drawn a delay-of-game penalty that pushed them back 5 yards when they bungled a substitution on their final drive.

Offensive coordinator Brian Schottenheimer said more of the playbook should be available to Lynch on Sunday now that he has another week of work under his belt, but all indications are that it will still be rookie sixth-round pick Travis Homer leading the way. Homer had 50 offensive snaps while Lynch played 23. Homer was Seattle’s No. 4 tailback at the start of December, before season-ending injuries to Rashaad Penny, Chris Carson and C.J. Prosise pushed him to the top of the depth chart and compelled the Seahawks to bring back Lynch and Robert Turbin. 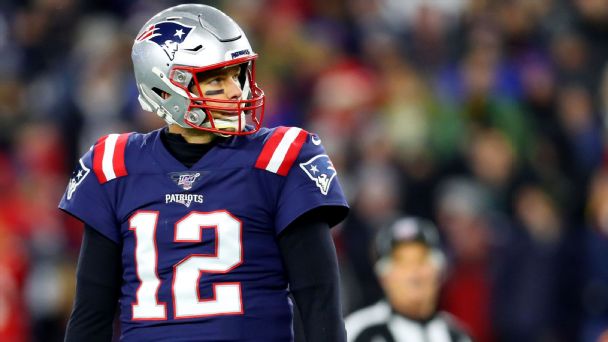 Homer finished with 62 yards rushing and 30 receiving on a combined 15 touches against San Francisco. Many of those were hard-earned yards. The most common description you’ll hear of Homer is that he’s a downhill runner, which you usually associate with bigger backs as opposed to guys his size (5-foot-10, 202 pounds). Carroll said of the way Homer throws his body around: “Discretion isn’t really going to be one of his strengths.” Carroll usually loves that characteristic in a running back, but he’d prefer that Homer pick his spots wisely given the state of Seattle’s backfield.

So what about the Eagles’ defense? Where is it the most vulnerable to an offense like Seattle’s?

At the cornerback position, Jalen Mills is dealing with an ankle injury, and the loss of Ronald Darby (hip flexor) has Rasul Douglas in line to start opposite him. Both Mills and Douglas are physical players and sound tacklers, but lack top-end speed.

If I were Schottenheimer, I would dial up shot play after shot play for DK Metcalf and Lockett. Wilson was uncharacteristically off the mark on some of those throws in the first game, and Metcalf couldn’t hold onto a couple of catchable balls, but the opportunities were there for Seattle, and I’d expect them to be there again Sunday given the matchup advantage on the outside.

The Eagles, meanwhile, have the edge in the trenches. Defensive end Brandon Graham and tackle Fletcher Cox should be able to eat in this matchup, and they’ll have to if they are to put pressure on Wilson while taking it off the defensive secondary.

Should be a fun one. See you Sunday.