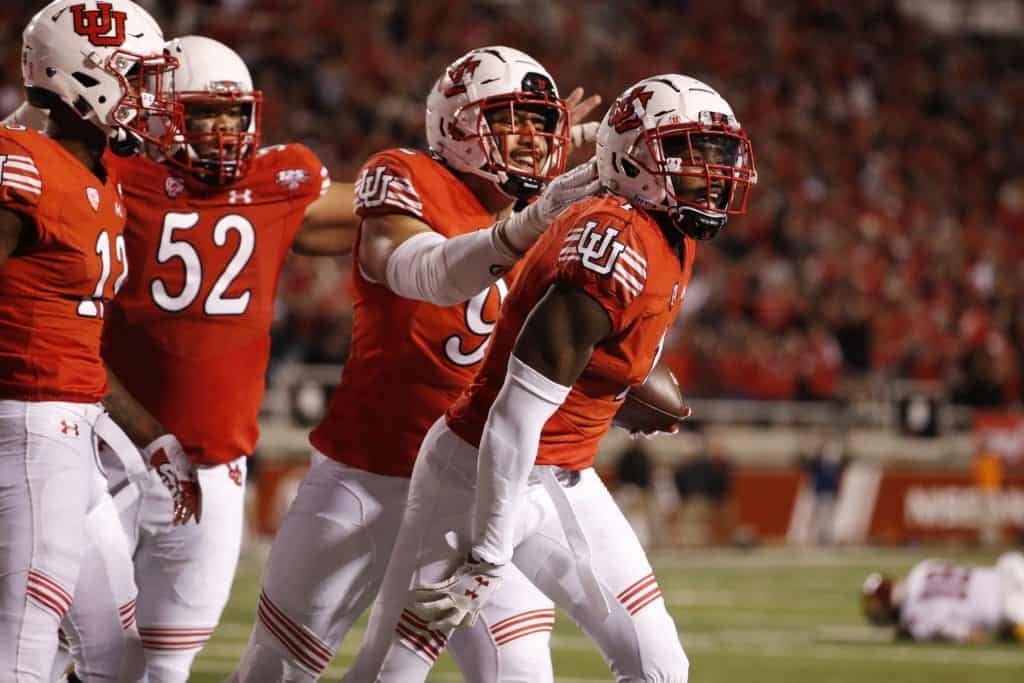 Be the smartest person in the room when talking about the 2020 NFL Draft. Click here for more analysis, news, and inside information courtesy of Tony Pauline and the PFN Draft Crew.

There are some Day 3 caliber players to keep an eye on when Kansas State takes the field. On offense, pay attention to their offensive linemen. All five of their starting offensive linemen are redshirt seniors, but pay the most attention to left tackle Scott Frantz, center Adam Holtorf, and right guard Tyler Mitchell. These three are the best of the bunch, bringing physicality and great fundamentals to each matchup. I don’t think any of the three really stand out, but OL depth is also critical.

On defense for the Wildcats, Defensive tackle Trey Dishon and defensive end Reggie Walker are playmakers in both the passing game and the running game and will be critical to stopping the Navy option attack. Safety Denzel Goolsby is an intriguing athlete in the secondary who you may remember as the DB who “Mossed” Ceedee Lamb for an INT in 2017. In a weak safety class, Goolsby would be an excellent addition on Day 3.

The Navy Midshipmen are running the ball at an elite pace for the…1,000th year in a row? Their offense is led by quarterback Malcolm Perry who finished the season top 3 in rushing yards. They’re a dynamic offense and a football team. However, in terms of draft prospects, they’re not exactly inspiring. The only player that I could see being drafted is QB Malcolm Perry as an athlete, as he won’t be playing QB if he plays professional football.

The real highlight of this game is star Wyoming linebacker, Logan Wilson. After a ridiculous career with over 400 career tackles, 33 career TFLs, and ten career interceptions, Wilson heads off to the NFL. Wilson is going to the Senior Bowl, but this bowl game can be an opportunity for the whole country to see just how good Wilson is. He’s always around the ball, and his playmaking in coverage speaks for itself with ten career interceptions. He was a Butkus Award finalist for a reason, and I think he’s going to be a considerable riser throughout this draft process.

Wyoming has a few other names on defense to note in safety Alijah Halliburton and CB Tyler Hall. Neither are bound for NFL stardom quite like Logan Wilson, but both can earn themselves camp invites throughout the draft process.

Georgia State’s primary player to watch is running back Tra Barnett. Barnett led the Sun Belt Conference in rushing in 2019, capping off his illustrious four-year career with 1,389 yards rushing and 12 touchdowns. At 5-foot-10, 185 pounds, the speedy Barnett will likely stick as a rotational runner at the next level. Lightning quick with the ball in his hands, Barnett should dazzle evaluators with his versatile skill set. While he only amassed 14 receptions in 2019, he is well adept in that area of his game. With a deep running class, however, Barnett unlikely to hear his name called on draft weekend.

Hunter Atkinson (6’5, 295) is a two-time All-Sun Belt performer and a three-year starter at left tackle. He served as the anchor on an offensive line that produced nearly 450 yards of offense per game.

The Utah Utes are stacked with NFL talent on both sides, with seemingly half of their defense off to the Senior Bowl this year. When the Utes have the ball, keep your eyes on QB Tyler Huntley and RB Zack Moss. These two form one of the best backfields in college football. I’m not super high on either one as NFL starters, but they are entertaining and certainly worth drafting in the mid to late rounds of the NFL Draft (anywhere from 3-5).

When the Utes are on defense – pretty much pick a player, and he’s likely NFL-bound. On the defensive line, defensive end Bradlee Anae and defensive tackle Leki Fotu are two of the most disruptive forces in college football and wreak havoc on opposing offensive lines. These two are near the top of their positions for the NFL Draft.

Linebacker Francis Bernard is one of my favorite players in this entire NFL Draft class with top-notch play recognition and coverage skills. They’ll need him against the speed of the Texas offense.

The secondary for the Utes is chock-full of NFL talent, led by corner Jaylon Johnson. He’s one of the best corners in this entire NFL Draft class and plays with a physical tone and shuts down opposing receivers. Safeties Terrell Burgess and Julian Blackmon are two versatile defensive backs with good athleticism and range. I like Burgess more than Blackmon as prospects, but both should hear their names called before too long on draft night. Unfortunately, Johnson is sitting out of this game, and Julian Blackmon is recovering from an injury, so neither will play.

The Texas Longhorns look to bounce back from a disappointing 7-5 season, and they’ll need all their star power to beat the Utes in this game. The Longhorns have intriguing prospects on both sides of the ball. On offense, WR Devin Duvernay is one of the best receivers in the country who enjoyed a breakout season in 2019. He’s my highest graded Longhorn with his elite speed and good route-running skills. Stick him in the slot at the next level and never regret it.

Offensive tackle Samuel Cosmi is an intriguing athlete with plenty of quickness in his passing sets but is still developing his fundamentals. Center Zach Shackelford has gone under the radar this season, but he’s a fundamentally sound and physical center you can “plug-and-play for a decade,” as the saying goes.

QB Sam Ehlinger has said he’s seeking advice from the Draft Committee, but I’m not bullish on his NFL potential as a quarterback.

When Texas is on defense, pay attention to safety Brandon Jones. Jones has fallen off the radar due to the poor play of Texas all-around, but he’s an elite athlete who always brings the boom in run support. Jones can be a Day 2 player, and it all starts with a great showing against the Utes in this game.