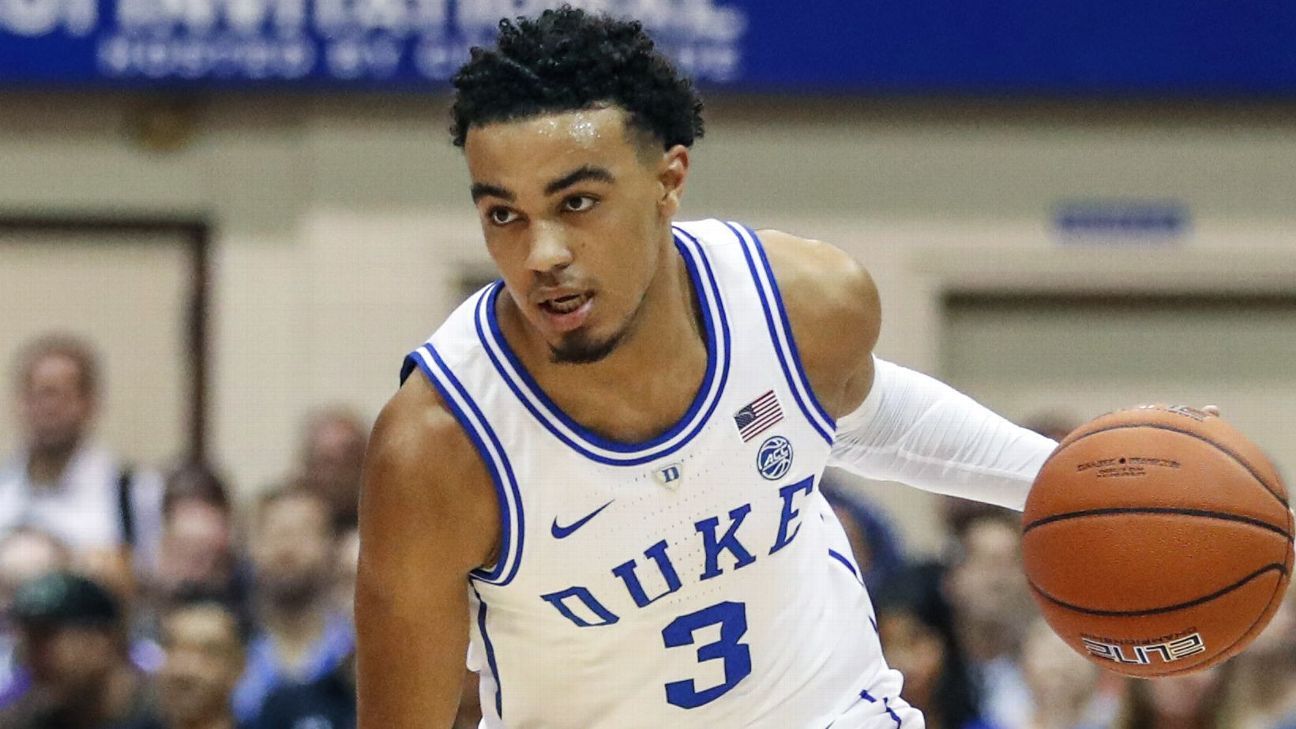 It’s the second consecutive game that Jones has missed for the Blue Devils. He was also absent against Wofford on Dec. 19.

Jones is averaging 15.6 points and 7.1 assists for a Duke team that will return to conference play on Tuesday against Boston College.

“He has a slight sprain and it’s better with this break to get well,” Krzyzewski said then. “He’ll be back and he’ll play right away.”