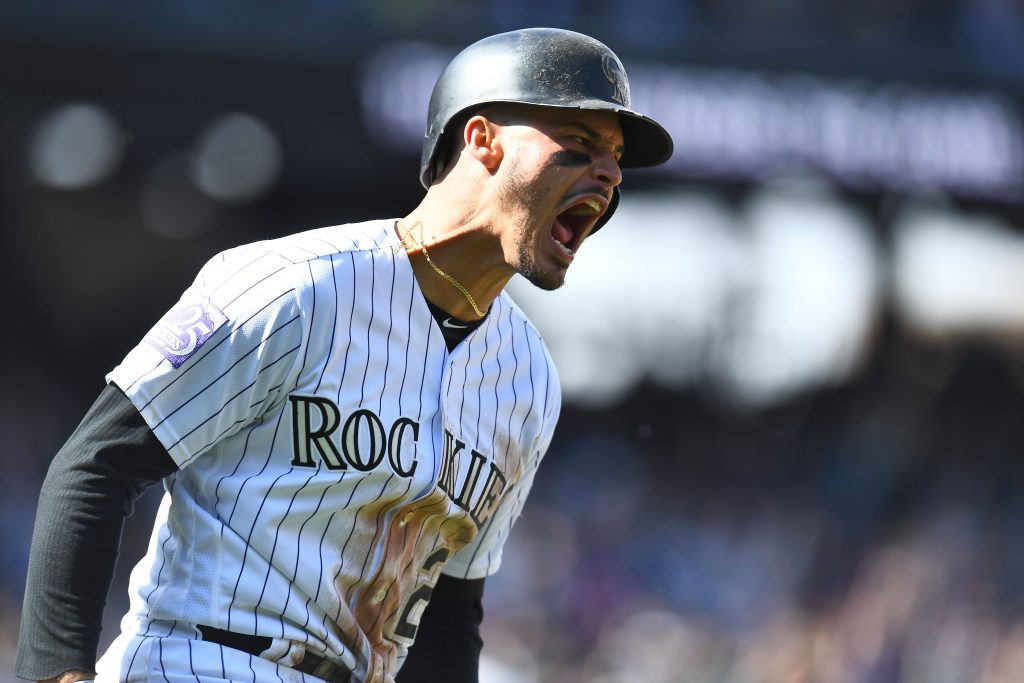 The Braves are among the teams that have inquired with the Rockies about a potential Nolan Arenado trade, tweets Jon Morosi of MLB.com. Braves fans should pump the brakes before running too wild with scenarios just yet, though. It stands to reason that the majority of contending clubs have at least gauged the asking price — front offices wouldn’t be doing their jobs if they didn’t at least explore even a fringe chance at adding a superstar-caliber player — and Morosi notes that there haven’t been any recent discussions between the two teams.

Frankly, it seems a stretch to imagine that the Braves would take on Arenado and the whopping seven years and $234MM remaining on his contract. Atlanta’s franchise-record Opening Day payroll came back in 2017 ($122.6MM), but they’re already projected to top that by $15MM or more. Add in a $35MM salary for Arenado in 2020, and the Braves would be shattering their previous spending thresholds by $50MM or more. Even if the Rockies were willing to include cash in the deal and/or take another contract back in exchange, adding Arenado would demolish payroll precedents in Atlanta.

Beyond that, Arenado is only about 10 months younger than Anthony Rendon, whose seven-year $245MM deal closely resembles what’s left on Arenado’s contract, and the Braves were never serious bidders for Rendon. Numerous reports have also indicated Atlanta’s reluctance to offer Josh Donaldson a fourth guaranteed year at a lower annual rate than either Arenado or Rendon is earning. It’s true that a four-year deal would run through Donaldson’s age-37 season, whereas Arenado is “only” signed through age 35, but the discrepancy is nonetheless notable.

When exploring any Arenado trade scenarios, it’s also worth emphasizing that an acquiring team will be wary of the opt-out provision in his contract. A perennial MVP candidate, Arenado can walk away from the final five years and $164MM of his contract and enter the open market. He’d be leaving a $32.8MM annual salary on the table to do so, but he’d be opting out in advance of only his age-31 season in 2022. It’s not out of the question that he could land a six- or even a seven-year deal in free agency if he continues on as an elite performer. And if he unexpectedly begins to decline sooner than that, an acquiring team would then be stuck paying nearly $33MM per season for said decline phase.

The Braves have a deep farm system that is rich in pitching prospects and position players alike, so they have the young talent to acquire virtually any player who is made available by another team. Atlanta would also have an obvious hole at third base if Donaldson signs elsewhere. Be that as it may, acquiring Arenado would require heretofore unseen levels of spending from ownership and would surely cost the Braves a sizable amount of young talent as well. If Donaldson departs, the Braves would (speculatively) make a very sensible trade partner for the Cubs and Kris Bryant, but it’s hard to see Arenado suiting up at SunTrust Park in 2020.