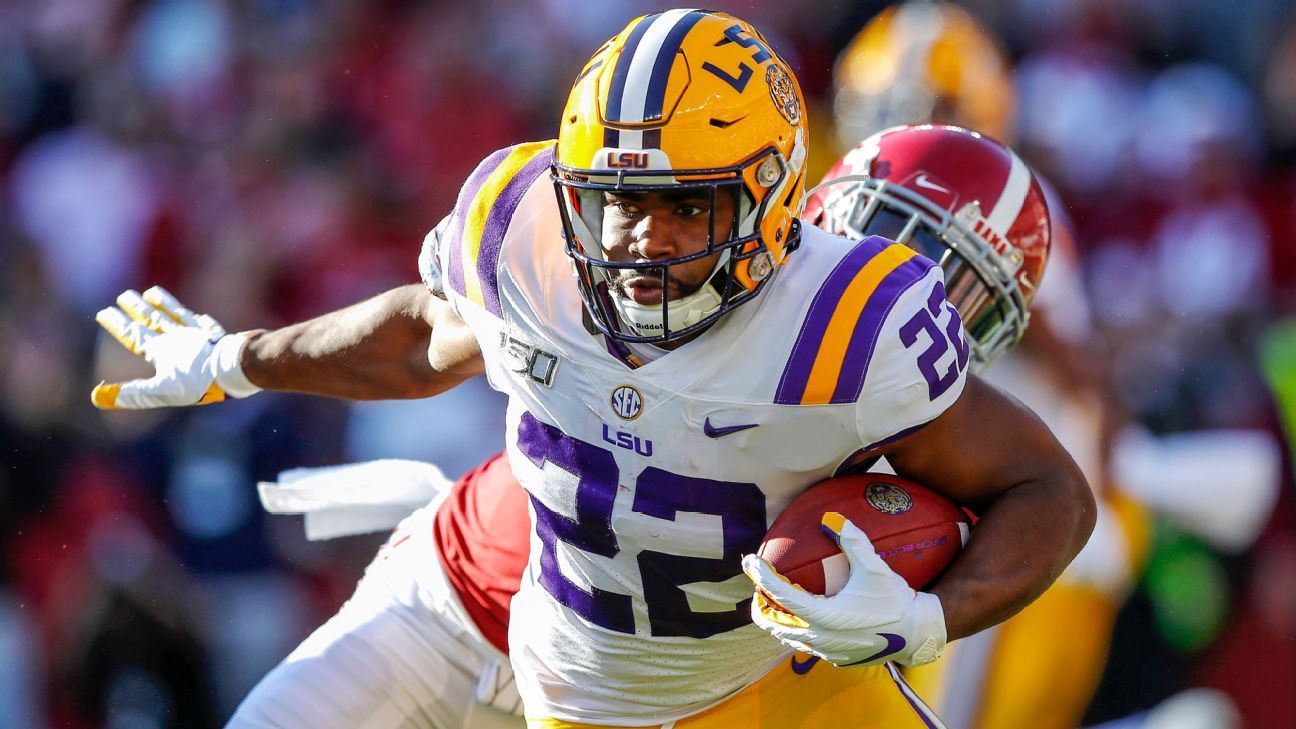 ATLANTA — LSU coach Ed Orgeron said starting tailback and leading rusher Clyde Edwards-Helaire is recovering from a hamstring injury and is questionable to play for the No. 1 Tigers against No. 4 Oklahoma in the College Football Playoff semifinal game at the Chick-fil-A Peach Bowl on Saturday.

“You know, Clyde’s a little bit better,” Orgeron said during a news conference in Atlanta on Monday. He’s off the crutches and off the scooter. We’re going to see if he can do something tomorrow. It’s going to be a day-by-day deal. But I promise you this: a little better than what I thought last week. He has a chance to play. I don’t know if he’s going to play.”

Edwards-Helaire was an All-SEC first-team selection this season, rushing for 1,290 yards and 16 touchdowns. The 5-foot-8 junior from Baton Rouge also caught 50 passes for 399 yards and a touchdown.

Perkins, a sophomore from St. Louis, had 38 tackles, 13.5 tackles for loss, six sacks and six quarterback hurries in 13 starts. Stevenson, a junior from Las Vegas, emerged as OU’s No. 2 running back after Trey Sermon suffered a season-ending injury. Bridges, a freshman from Carrollton, Texas, had seven catches for 82 yards with one touchdown, with just one reception in the past eight games.