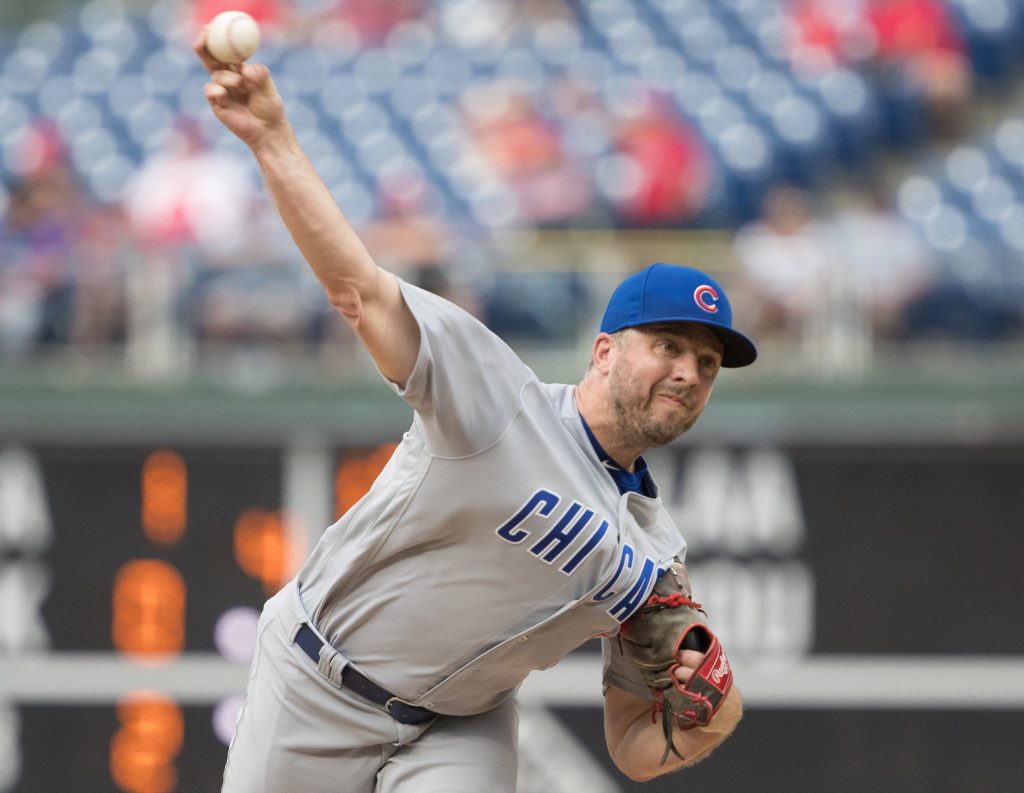 Brandon Kintzler credits a bounce-back campaign in 2019 to working with Tommy Hottovy to simplify his mechanics during Spring Training, he said on MLB Network Radio (audio link). After a strong season with the Cubs, Kintzler is drawing “plenty of interest” on the free agent market.

Kintzler, 35, worked through one of the worst campaigns of his career in 2018, especially struggling after coming to Chicago from the Nationals in a mid-season trade. He was knocked around for a 7.00 ERA across those 25 appearances in a Cubs’ uniform, giving up 13.5 H/9 and walking an unusually high 4.5 batters per nine innings.

The sinkerballer turned in around in 2019, however, becoming one of the Cubs most reliable relievers across 62 appearances (57 innings). He put up a career-high 1.7 bWAR and career-low 2.84 ERA, though a 3.56 FIP puts his turnaround closer to career norms enjoyed throughout previous tenures with the Brewers, Twins and Nationals.

Kintzler was particularly tough on lefties in 2019, holding them to a .163/.247/.275 line. Career splits paint Kintzler as more of an equal opportunist, though he’s done a nice job of limiting left-handed power throughout his career. The changeup is key against opposite-hand hitters, a pitch he went away from during his struggles in 2018. With simpler, repeatable mechanics in 2019, his feel for the pitch returned, and with it returned his effectiveness.