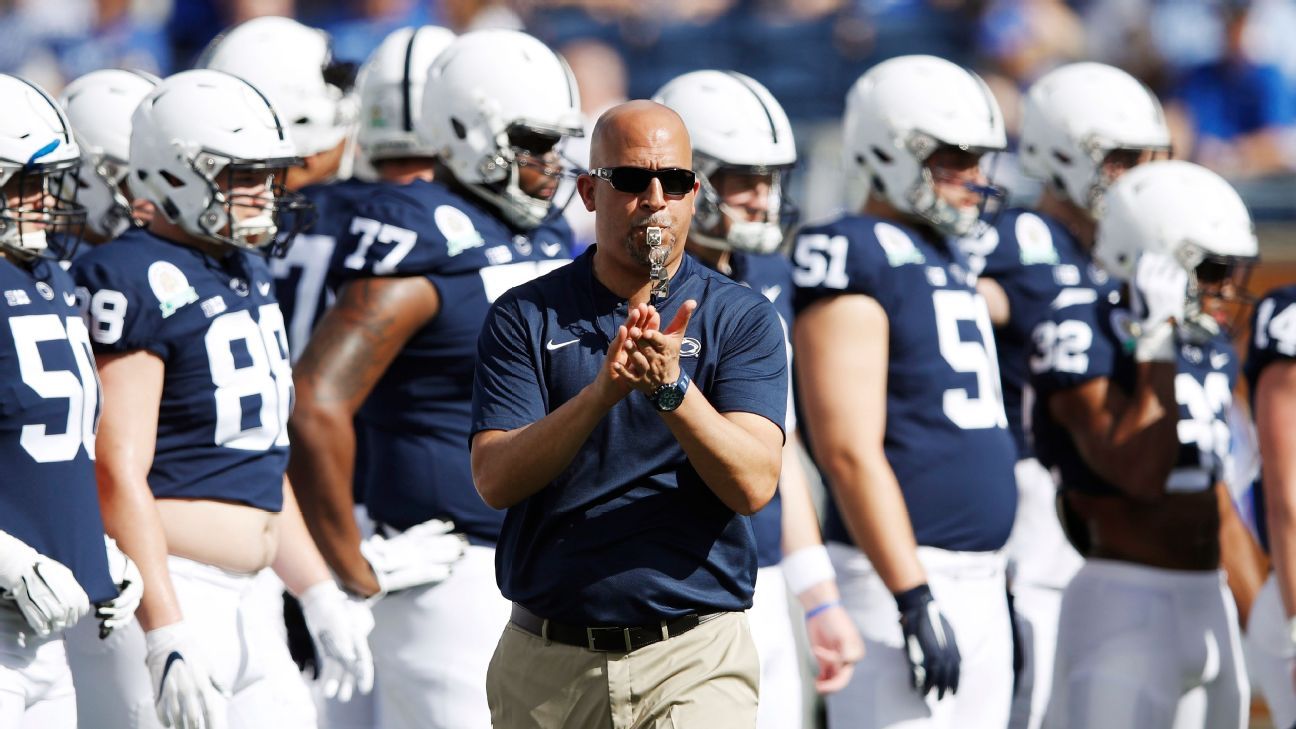 Franklin’s new agreement runs through the 2025 season. The compensation committee of Penn State’s board of trustees approved the agreement Friday. Franklin is 55-23 in six seasons at Penn State, guiding the Nittany Lions to the 2016 Big Ten championship, two New Year’s Six bowls and 10 or more wins in three of the past four years.

Terms of the new agreement were not immediately available. Franklin’s previous agreement, finalized in August 2017, ran through the 2022 season.

“It’s gratifying to work at a university where the administration cares as much about what happens in the classroom and community as it does about wins and losses,” Franklin said in a prepared statement. “I love Penn State, our players and our dedicated coaches and staff. I’m proud to continue this journey with them and grateful that [university president Eric] Barron, [athletic director] Sandy Barbour and the Board of Trustees share my vision for continuing our pursuit of excellence.”

Franklin, 47, had been mentioned as a potential candidate for Florida State’s coaching vacancy, and also at USC if the school made a coaching change there. He’s 79-38 overall as an FBS coach at Vanderbilt and Penn State. Franklin won Big Ten coach of the year honors in 2016.

“James came to Penn State with a very clear vision and we have seen that grow and prosper,” Barbour said in a prepared statement. “What he has done to bring success to our program, both on and off the field, has been nothing short of spectacular. James is a true Penn Stater with a commitment to the complete experience for our students by developing them academically, socially and on the field.”