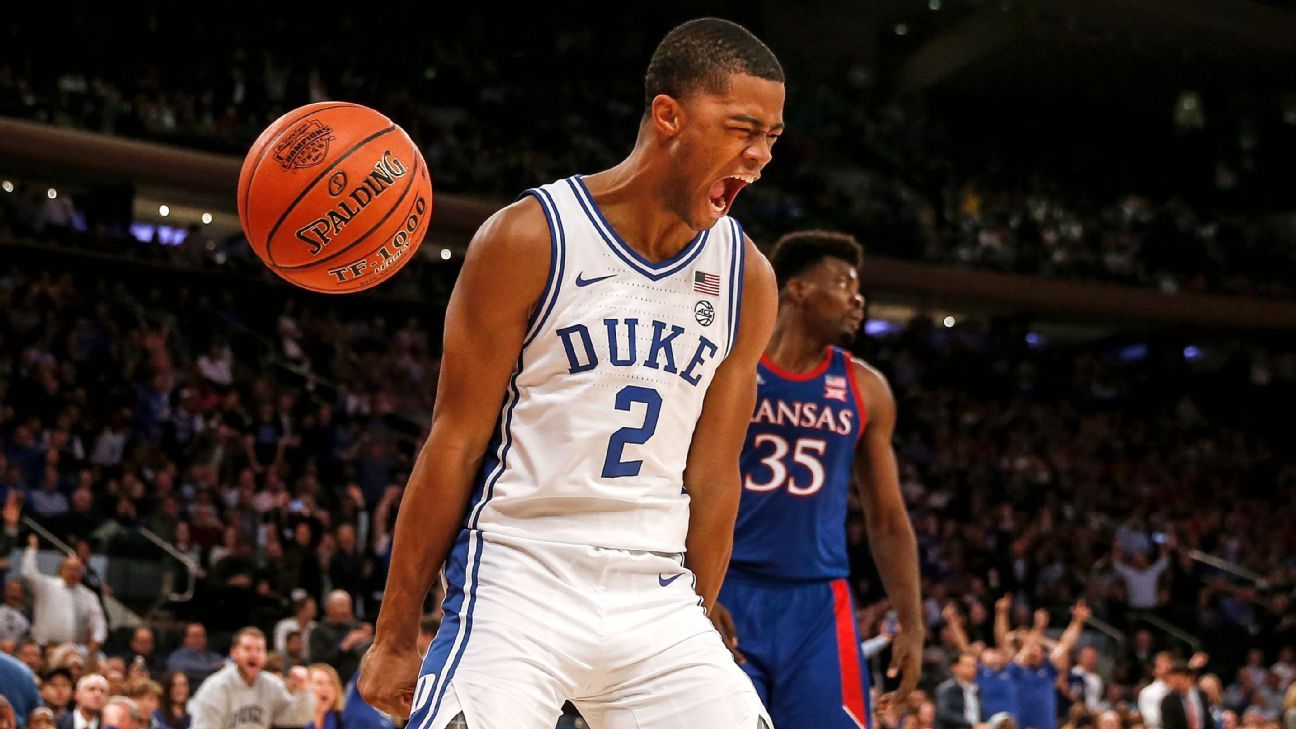 DURHAM, N.C. — Duke freshman Cassius Stanley is out indefinitely after suffering what coach Mike Krzyzewski called a muscular injury in his left leg during a victory over Winthrop on Friday night.

Krzyzewski said Stanley will undergo an MRI on Saturday. He did not have a specific timetable for Stanley’s return but said he hopes the guard can be back in late December.

“We don’t think it’s a knee injury, which is very, very good,” Krzyzewski said. “Although he’s going to be out for a while. He’s not going to be able to play [until], hopefully, after Christmas. That’s my hope.”

Stanley was hurt a little more than a minute into the second half after going up for an open layup in transition, crumpling to the floor as the ball went off the rim.

He remained down for a moment before attempting to play through the injury, only to pull up near midcourt while clutching his leg. He was helped off the court and into the locker room.

Stanley, whose average of 14.1 points per game ranks third on the team, had four points and three assists Friday night. He had reached double figures in six of his seven previous games for the top-ranked Blue Devils, who bounced back from Tuesday’s stunning loss to Stephen F. Austin with an 83-70 win.

The Associated Press contributed to this report.