MEXICO CITY — The Kansas City Chiefs spent big money on end Frank Clark and safety Tyrann Mathieu during the offseason in the hope they would help boost one of the league’s worst defensive teams.

They got their money’s worth in Monday night’s 24-17 win over the Los Angeles Chargers. Both contributed big plays that tipped a close game in the Chiefs’ favor.

“We want to be selfish,” said Clark, who played his best game for the Chiefs. “We want to be way more selfish. We want to make every play that comes to us.”

Clark, who signed a five-year, $105 million deal in the offseason, had his season high of five QB pressures against the Chargers. On one, he hit Philip Rivers as he threw, and the pass was intercepted by Derrick Nnadi. Clark also had a strip sack of Rivers in the fourth quarter.

The other three were incompletions, one coming when Rivers threw the ball away. Another could have been an interception, but Mathieu dropped that one.

“He was feeling great, and he put the intensity on the whole defense,” Kansas City nickelback Rashad Fenton said.

Clark wasn’t productive early in the season, in part because he was playing with a pinched nerve in his neck. The injury caused Clark to miss a couple of recent games.

“I’m starting to feel better,” he said. “It’s getting there.”

Clark stayed patient during the early season, always believing better times were ahead.

“I’m a pro,” Clark said. “I know everything isn’t going to be in my favor all the time. I know that opens up doors for other people. They’ve got to make the play when it’s there.

Mathieu’s second-quarter interception and 35-yard return to the Chargers’ 6-yard line ignited what had been a stagnant offense. The Chiefs scored their first points on a touchdown on the next play.

“I was very fortunate that Rivers didn’t see me and threw it to me,” said Mathieu, who signed a three-year, $42 million deal in the offseason. 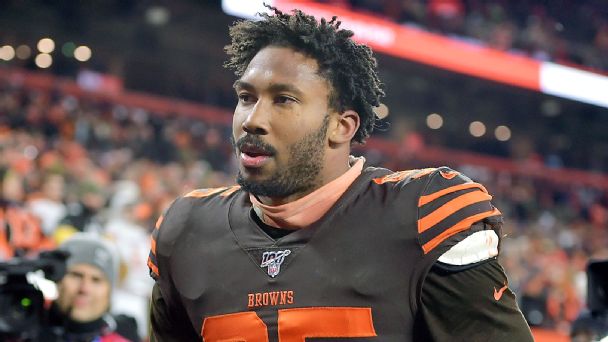 The return was crucial, setting up a then-struggling Chiefs offense with a short field.

“You saw some of his punt return ability,” Kansas City coach Andy Reid said of Mathieu’s return. “When he was a young pup, he was a punt returner.”

Rivers later threw one right to Mathieu, but he dropped what should have been an easy pick. The Chargers went on to score their final touchdown on that drive.

But Fenton and safety Daniel Sorensen had Mathieu’s back. Each had a fourth-quarter interception to snuff a Chargers drive.

Mathieu later referred to Fenton and Sorensen as “my guys” who helped the Chiefs close out a game on defense, after failing to do so last week against the Tennessee Titans.

“We don’t mind being in those kind of football games,” Mathieu said. “I feel like we’ve been challenged a lot this season.