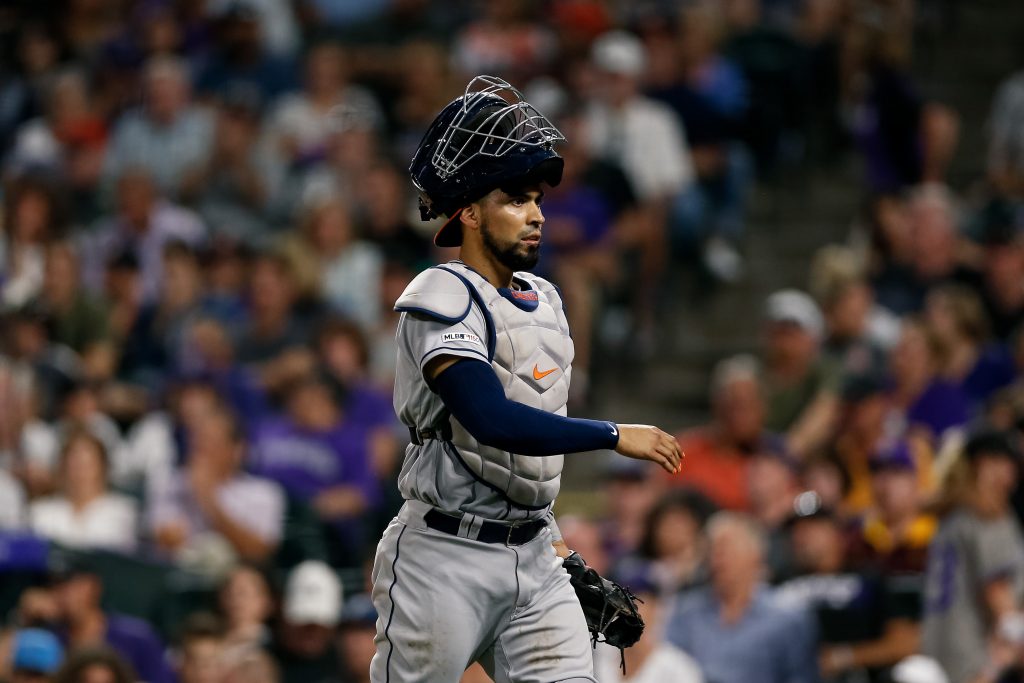 The Mets have reached out to veteran catcher Robinson Chirinos in the early stages of the offseason, Ken Davidoff of the New York Post reports. They’ve also been in contact with well-traveled backup catcher Drew Butera.

Barring a move involving Ramos, it could be hard to entice the 35-year-old Chirinos to sign on for what would surely be reduced playing time, and he’ll likely command interest from other clubs looking to feature him in a larger role than the Mets can offer. Plus, if the Mets are interested in him as a backup — even one who plays a bit more than a traditional second catcher — it seems unlikely that they’d offer more than last year’s $5.75MM salary. New York’s interest isn’t necessarily a surprise, though, given Chirinos’ quality results in 2019 and, to a lesser extent, the fact that he and newly hired skipper Carlos Beltran were brief teammates with the Rangers in 2016.

Chirinos performed well on the whole in Houston and caught every single inning thrown by Justin Verlander in 2019, so there’s certainly reason for the Astros, who have minimal catching depth, to pursue a reunion. The Braves, Brewers, Reds, Angels, Pirates and Rockies are among the many teams that could look at adding some help behind the plate this winter, too, so there should be interest elsewhere.

As for Butera, he’s a candidate to receive a minor league deal and an invite to Spring Training either from the Mets or another club. The 36-year-old wouldn’t be a clear upgrade over currently projected backup Tomas Nido, as Butera has batted just .203/.268/.301 in 408 plate appearances between the Royals and Rockies dating back to the 2017 season. Butera doesn’t have a strong statistical profile in terms of his glovework, either, though he carries a reputation as a backup who works well with pitchers.