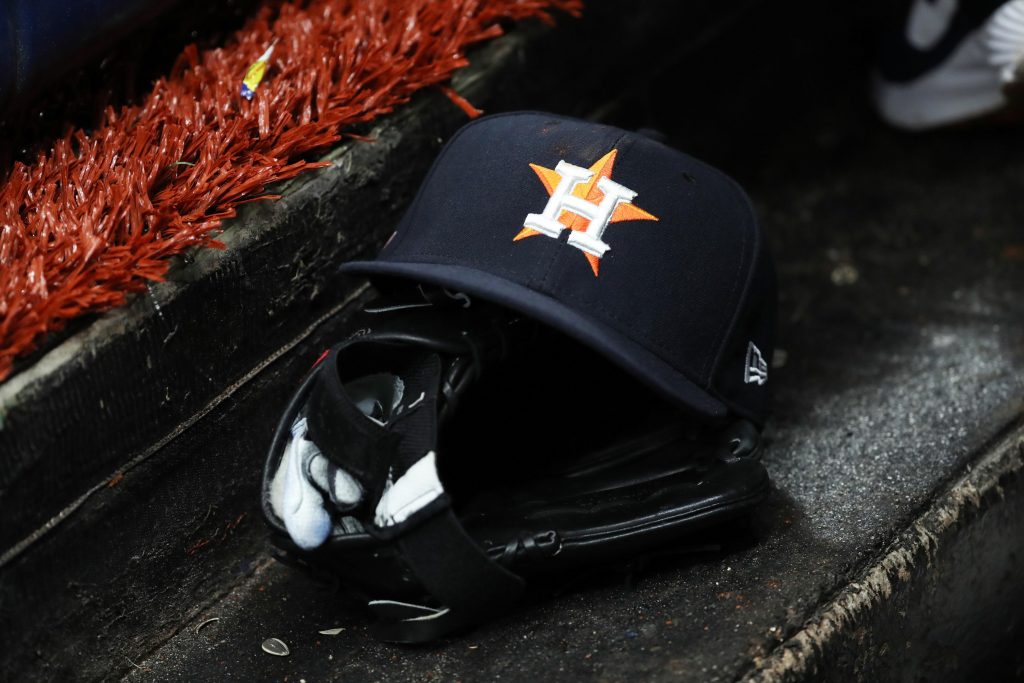 Another entry has been logged in the ongoing saga surrounding allegations of improper sign stealing by the 2017 Astros. Earlier this week, we first heard accusations that the team used illegal technology–including a center field camera and a clubhouse tunnel television–to try to decode opponent signs. Several former Houston employees, including pitcher Mike Fiers, issued on-record comments regarding the team’s system of sign stealing, and league officials were said to be in the process of gathering “tangible evidence” in regard to the team’s alleged improprieties. Tonight’s follow-up report from Ken Rosenthal and Evan Drellich of The Athletic now indicates that the team’s use of camera technology may not have been limited to center field (link).

An Astros executive, per the report, emailed several club scouts in Aug 2017 with the suggestion that cameras be used to steal opponent signs. The club was interested in preparing its sign-stealing practices in advance of the 2017 postseason, and the email’s sender–who goes unnamed in the report–urged scouts to try multiple methods to get a better view into the opposition’s dugout.

“What we are looking for is how much we can see, how we would log things, if we need cameras/binoculars, etc.,” the sender wrote in an email message to Houston scouts. “So go to game, see what you can (or can’t) do and report back your findings.” This type of organizational messaging, which is said to have also extended to phone calls and chats within a group Slack channel, reportedly led to a “confounded feeling” among the club’s scouting group, with several scouts voicing their dismay to team management.

It’s important to note that, under MLB rules, the stealing of signs is understood to fall under the broad auspices of gamesmanship. It is mostly the alleged introduction of technology that could potentially lead to penalties against the club, as was the case when the Red Sox were caught using Apple Watch technology to steal signs in 2017. Even if Houston is proven to have used cameras, commissioner Rob Manfred will still have the latitude to decide whether or not the club’s actions truly represented a rule violation; central to that decision would, for instance, be the league’s findings as to whether the club used their videos after or during the game in question.

As noted previously, the Astros also faced scrutiny regarding sign-stealing during the 2018 playoffs. The  Indians and Red Sox at that point identified a person connected to the Astros named Kyle McLaughlin allegedly taking pictures near opposing dugouts. An MLB investigation found no wrongdoing on Houston’s part in connection to that incident, but it remains to be seen what the league’s new investigation might yield, and what forms of penalty–financial, draft-related, or otherwise–the club might face if the league finds damning evidence of organizational malpractice.