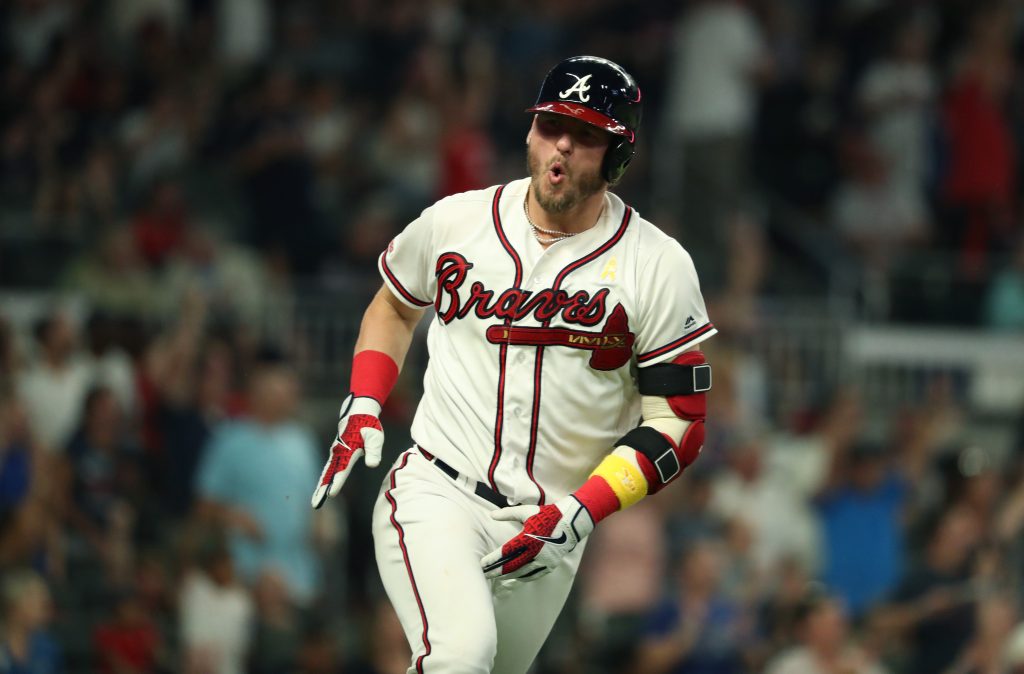 At least six teams are showing early interest in star free agent Josh Donaldson, Mark Feinsand of MLB.com relays. The World Series champion Nationals are among the clubs eyeing the third baseman, as are the previously reported Rangers, Phillies and Braves, according to Feinsand.

As those who follow the game know, the Nationals have an even higher-profile free-agent third baseman in Anthony Rendon – hands down the best position player on the market. MLBTR forecasts Rendon will land a $235MM guarantee, which trounces Donaldson’s $75MM projection. Thanks in part to the age difference between the two, the soon-to-be 34-year-old Donaldson lacks the appeal of Rendon, 29, though the former nonetheless remains one of baseball’s most valuable players.

Donaldson, a onetime AL MVP, is coming off a 4.9-fWAR season in which he batted .259/.379/.521 with 37 home runs across 659 plate appearances. Atlanta signed the ex-Athletic and Blue Jay to a $23MM guarantee last winter after back-to-back injury-limited campaigns, and it proved to be a brilliant short-term gamble by the Braves. Of course, considering the Braves are one of Washington’s division rivals, the Nationals got plenty of up-close looks at Donaldson in 2019. Unsurprisingly, it seems the Nats came away impressed.

While the Nationals may view Donaldson as a legitimate possibility for their hot corner vacancy, odds are they’d prefer to re-sign Rendon. The big-market, high-spending club has two elite free agents in Rendon and right-hander Stephen Strasburg, and after a championship-winning season, it would be a surprise to see both exit. But if Rendon goes, the Nationals may well turn to the highly accomplished Donaldson as a much less expensive fallback option. Meantime, Donaldson has until Thursday to accept or reject the Braves’ $17.8MM qualifying offer. Turning it down looks like a formality.